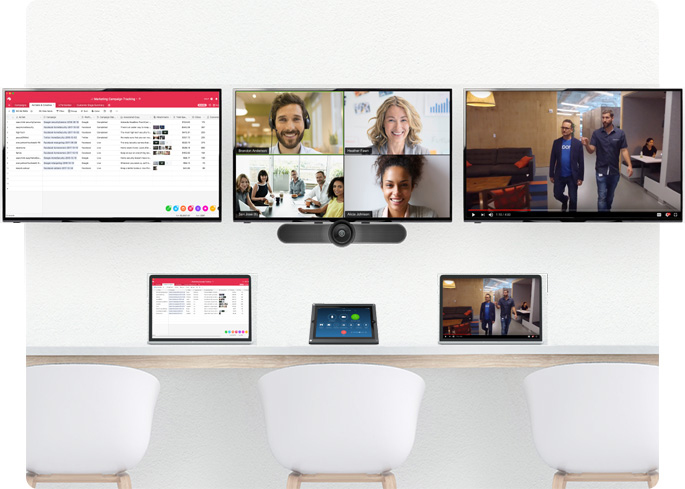 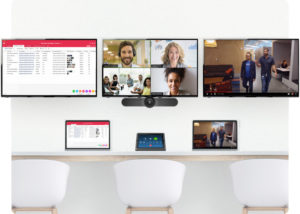 Video conferencing became such a big part of life during lockdowns that South Australia Police issued advice on how to safeguard meetings and maintain cyber security. But with interstate travel shut down for nonessential purposes and international travel a no-go, video conferencing became crucial for business—and for staying connected with friends and loved ones in the absence of in-person get-togethers. Glitches can occur, interlopers can interrupt, and inexperienced users can forget they are on camera or that their microphone is on, but a study concluded that virtual meetings are more inclusive than their in-person counterparts. Tech companies offering video conferencing have seen an enormous spike in worldwide demand and have revamped their businesses on the fly to keep up.

The company went from 10 million daily video conferencing users at the turn of the year to 200 million at the end of March. With so many new users coming onboard, the service began offering daily demos and video tutorials.

Then, just as new users were getting used to the service, they had to contend with “Zoombombing,” the practice of uninvited trolls entering meetings to wreak havoc. In response, Zoom removed meeting IDs from the title toolbar, as one source of Zoombombs was participants publicly posting screenshots revealing the meeting ID. Zoom also made waiting rooms and passwords default settings on the free and lowest level paid accounts. Hosts also have the ability to lock meetings, remove participants, mute everyone, and restrict which features are open to participants. For added security, people can use a per meeting ID instead of their personal meeting IDs.

Zoom also promised that beginning April 18 paying users could opt out of having their data routed through a specific world region as concerns about the security of data centres in China arose.

Zoom 5.0 came out at the end of April with support for AES 256-bit GCM encryption, the ability to report a user, and allowance for hosts to disable users’ profile pictures. May brought even more security settings and password requirements. 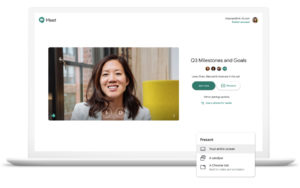 Never one to let another tech company get an edge, Mark Zuckerberg and co. rolled out a desktop version of their messenger app to account for the fact that much of the world was sheltering at home and looking to use larger screens rather than mobile phones. A few weeks later came Messenger Rooms with space for up to 50 people and expanded limits on WhatsApp group calls. They also brought back Live With so people in different locations could be live on the same broadcast. On Instagram, they allowed users to watch and comment on live videos on a desktop, making it easier to follow exercise classes.

Facebook groups also helped extended networks stay connected during lockdown. Grace Ho, an administrator for Hobart Gal Pals told the ABC, “We have had a few posts of people asking how others cope with isolation, quarantine, being at home more than often and we have also approved and posted hotline numbers such as Lifeline for those in need of help. This group also provides really good info to members who may not constantly be following the news.” 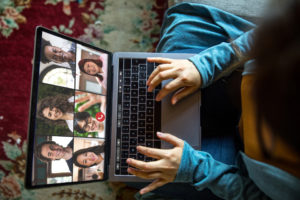 Google made video conferencing service Meet free for all users in late April, after it was previously available only to those with G Suite business accounts. By May, Meet was adding 3 million users per day and was 30 times more popular than it was in January. The maximum 60-minute meeting time will not be enforced until September. Users can present a Google Chrome tab if their connection is strong enough, allowing for easy sharing of information.

As for “bombings,” Google assures users they’re not a problem. “It was designed from the onset to be secure,” Smitha Hashim, director of product management, said. “We haven’t had to really make changes to the product to become more secure.”

The audio and video conferencing provider teamed up with Connexus to offer towns six months of free conferencing through Connexus’ Pat It Fwd scheme and Express Virtual Meetings’ vmeet.express platform. To take advantage, towns need to be ready NBN-ready and have 500 operating businesses.

“Pay it Fwd has meant the business has been able to modernise its phone system,” user Megan Hodge of Your Wealthy Life said. “Since the impact of COVID-19, having a modern cloud-based phone system has been extremely important and enabled us to be agile in how the business operates.