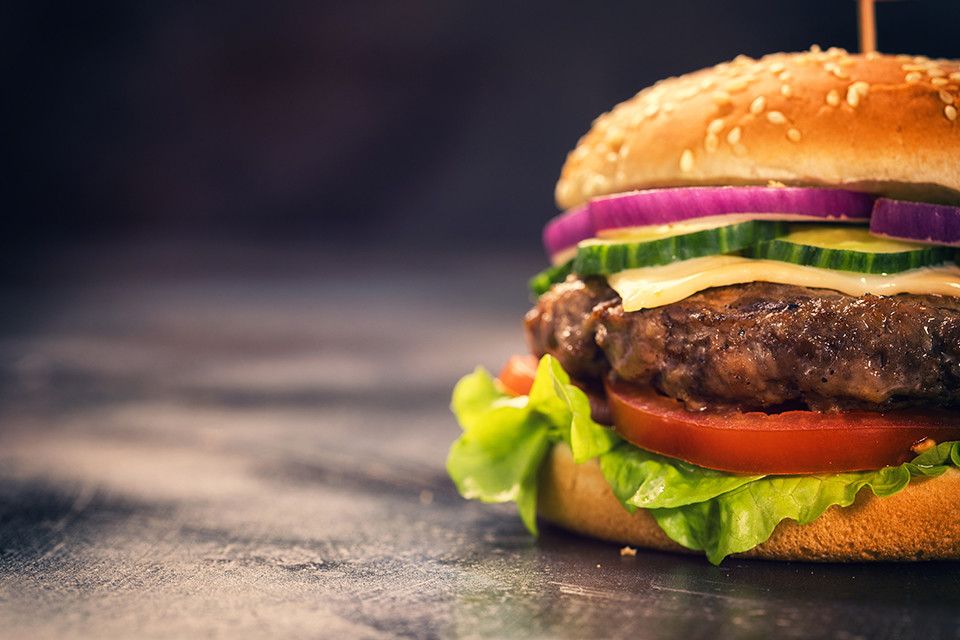 A matter of taste

Vegan meat could become big business. So what’s it like?

One in three Australians are actively looking to decrease their consumption of meat, according to a Deloitte study commissioned by food innovation think tank Food Frontier. And whilst some may be content swapping out a juicy burger for a tray of veggies, many people are choosing to transition with vegan meat. These plant-based options approximate the taste and texture of real meat and have become tasty enough that Deloitte estimates the market could be worth $3 billion by 2030.

If it’s been a long time since you tried vegetarian or vegan meat, you might conjure up images of mushy, flavourless patties of indeterminate origin. My, how things have changed. Companies such as Beyond Meat and Impossible Foods enlisted scientists to design burger patties that mimic the taste and texture — down to the “blood” at the centre of a patty — of real ground beef. Both have since branched out to other vegan meats, with Beyond making sausages, bratwurst, and “beef crumbles” for tacos. Impossible began testing a plant-based sausage on Little Caesars pizzas in the US in May.

Whilst they boast about the protein content in their burgers matching those of ground beef and lack of cholesterol, these plant-based patties aren’t necessarily super nutritious or healthier than their animal counterparts. And that’s not necessarily the goal. The idea behind vegan meats is to be free of animal products and to be better for the environment than the raising of livestock, which accounts for about 15 per cent of greenhouse gas emissions worldwide. The tastier the product is, the more likely it is that someone craving an indulgent burger or brat will turn to a plant-based alternative rather than eating meat. 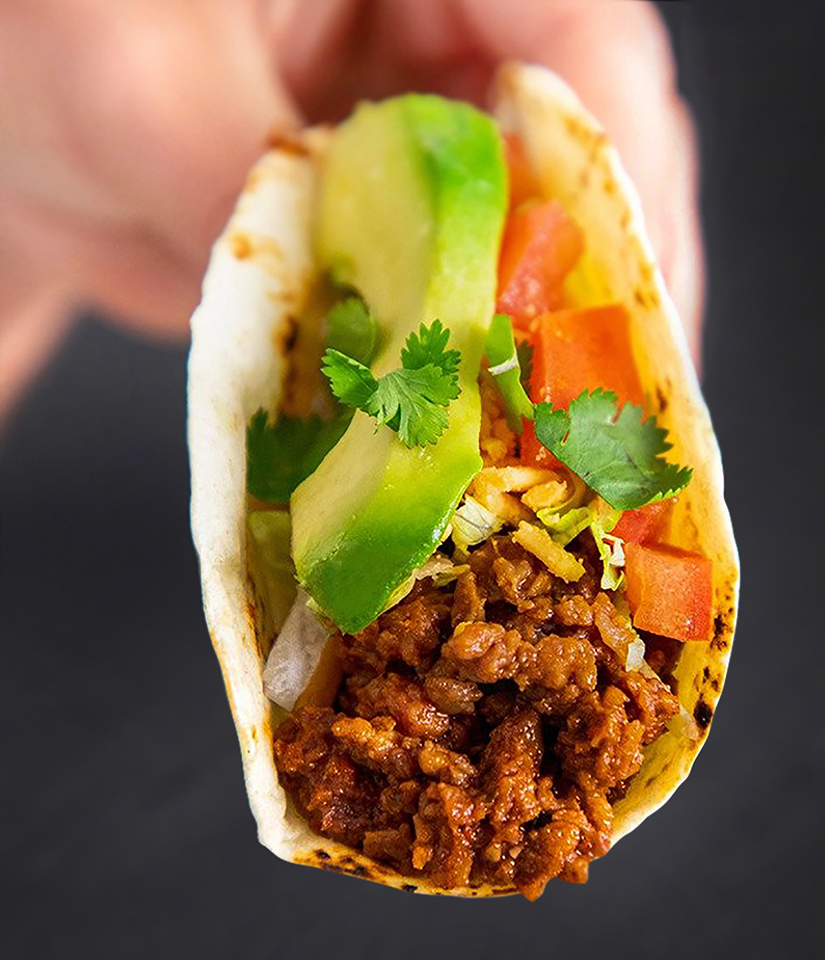 The fact that these products do not contain actual meat has led to a debate on what exactly to call them and how to label them. Minister for Agriculture Bridget McKenzie has advocated to “call things for what they are.”

“I’m not anti plant-based protein foods, I think they’re going to have a role to play in the food proposition going forward,” she told the Sydney Morning Herald in September. “But that means then we need to be very clear with consumers about what they’re purchasing.

The primary motivations for consumers of vegan meat are twofold: the avoidance of killing animals and perceived cruelty in the way livestock are kept, and the reduction of greenhouse gases and water use.

“Today we rely on industrial livestock production to produce meat and milk, and the world’s leading scientists have stated that it is one of the largest contributors to serious environmental, world changing, and public health issues facing the world. It’s a system that underpins every issue I’ve worked to address, especially in the last decade, on how to help change poverty,” Food Frontier founder Thomas King told VENTURE. “I became intrigued with the potential to transform all of these areas by changing our food system, specifically our meat supply.”

According to the Food & Agriculture Organization of the United Nations, livestock raising contributes 7.1 gigatonnes of CO2 equivalent emissions worldwide per year, with cattle accounting for 65 per cent of those emissions. Feed production, land use changes, and enteric fermentation of ruminants — basically methane produced by belching and flatulence by farm animals — are the big contributors in this area.

Livestock needs open space to graze, and cattle especially drink a lot of water, about 45 litres a day for beef cattle. It takes about 500 litres of water to produce one kilogram of beef, according to a Good Meat study. Although that figure is down about two thirds from four decades ago, it still takes much more water to produce meat than it does most vegetables. With water security already a concern, it’s no surprise that the worldwide market for vegan meat currently tops $200 million and the Australian market is over $40 million.

Where to Find It

So, if you’re a vegan, vegetarian, flexitarian, or just a little veggie curious, where can you get some plant-based meat? Beyond Burgers, with their 20 grams of pea protein per serving, are available at dozens of Coles and IGA supermarkets across Australia, plus Countdown locations throughout New Zealand.

“There’s a clear demand for plant-based products with our customers,” Joseph Romeo, director of Romeo’s Retail Group, which owns IGA locations across South Australia, told Retail World. “We’re excited to be among the first to bring the Beyond Burger to our shoppers. As independent retailers, we work with many innovative suppliers to launch new and exciting products.”

Coles also stocks Soulfresh’s Eaty line of vegan meats mimicking beef, chicken, and pork. Eaty leans into the fact that it’s not real meat, with packaging that has the names of the animals scratched out and the brand’s name styled as “MEATY” with the “M” scratched out.

“The biggest barrier for consumers to eating these types of products has always been texture,” Soulfresh CEO Didi Lo told Business Insider Australia. “Soulfresh has been developing their plant-based meats for the last three years to overcome this.” 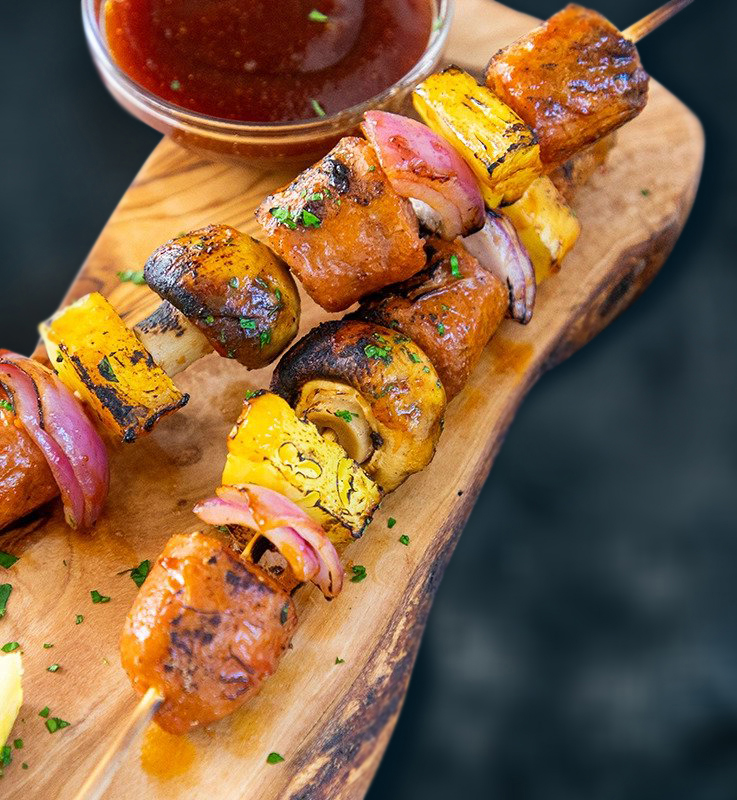 Sunfed Meats’ “chicken free chicken” is available at Coles in Australia and Countdown in NZ. Suzy Spoon’s Vegetarian Butcher sells its vegan meats online and in select locations throughout Australia in cafes and markets, including several Harris Farm Markets locations. For meals on the go, Huxtaburger offers burgers from the Alternative Meat Co., whilst Grill’d supplies Beyond Burgers alongside lamb, chicken, beef, and veggie patties.

That there are so many options indicates the growing interest in vegan meat as an alternative to the real thing.

“The interest in plant-based meats in Australia is huge,” Lo told Business Insider Australia. “With more than 10 million Australians opting to go meat free at least one day a week, it is not surprising that major supermarkets are offering more choice to consumers in this space.”