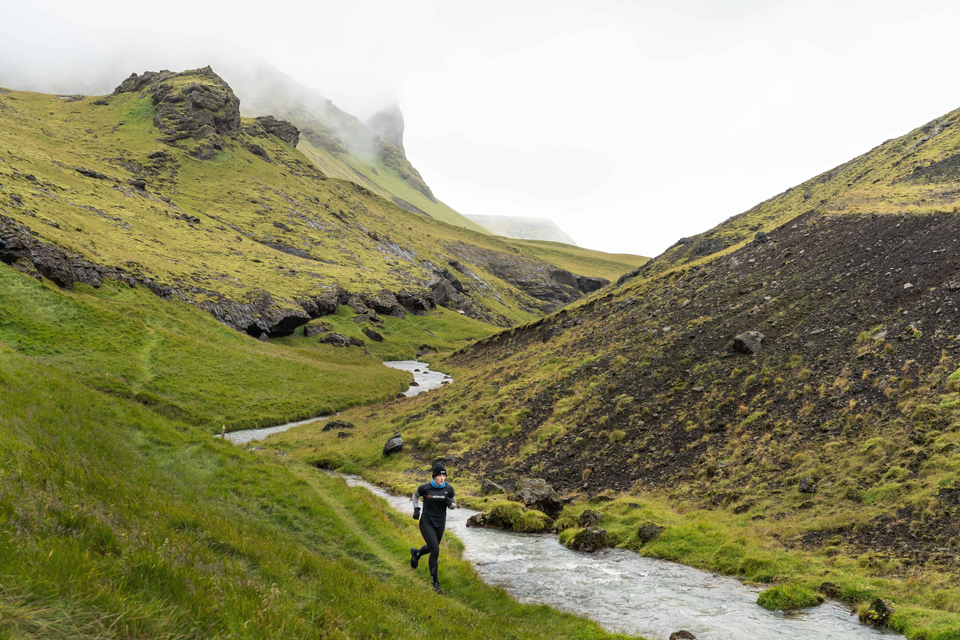 Jacqui Bell runs for recovery, blasting a world record in the process
By: Anne-Frances Hutchinson

“I never set out to inspire others. I knew my life sucked and if I didn’t change my life it would continue that way. I had to stop the pity party.”

Running as self-medication is nothing new. There’s a lot to be said for a good trot to clear the mind, especially if you love the sheer physicality and freedom of running. But Jacqui Bell is taking the practice a few million steps further; at 24, the Brisbane native is the youngest person on the planet to have run an ultramarathon on all seven continents.

Make no mistake, Bell simply loves to run. It’s a good thing too, as running saved her mental health and her life.

In 2016 she suffered a series of sport-related injuries, breaking both wrists, a finger, and a toe. She fought back after each episode only to fall prey to painkiller addiction while recovering from tonsil removal surgery. In an attempt to return to wellness, Bell took a job as a fitness instructor in Canggu, Bali after completing her 200-hour yoga teacher training there.

On the second week of her new job, Bell was mugged while riding her scooter, suffering gruesome injuries that required a two-week hospital stay and roughly 200 stitches from her head to her feet. The pain, frustration, and depression she’d left home to resolve threatened to overtake her life. At the crossroads yet again, she looked for answers — and found them on the road.

“I wanted to feel better, but I had to be realistic and do something good for me. If my life sucks it doesn’t affect you. Talking about how bad it is didn’t help me. I took a hard look in the mirror and did the tough stuff,” she recalled. Bell excused herself from the pity party and tied on her trainers. She’d always run for fitness and health, but this was a departure into a new, unknown realm. 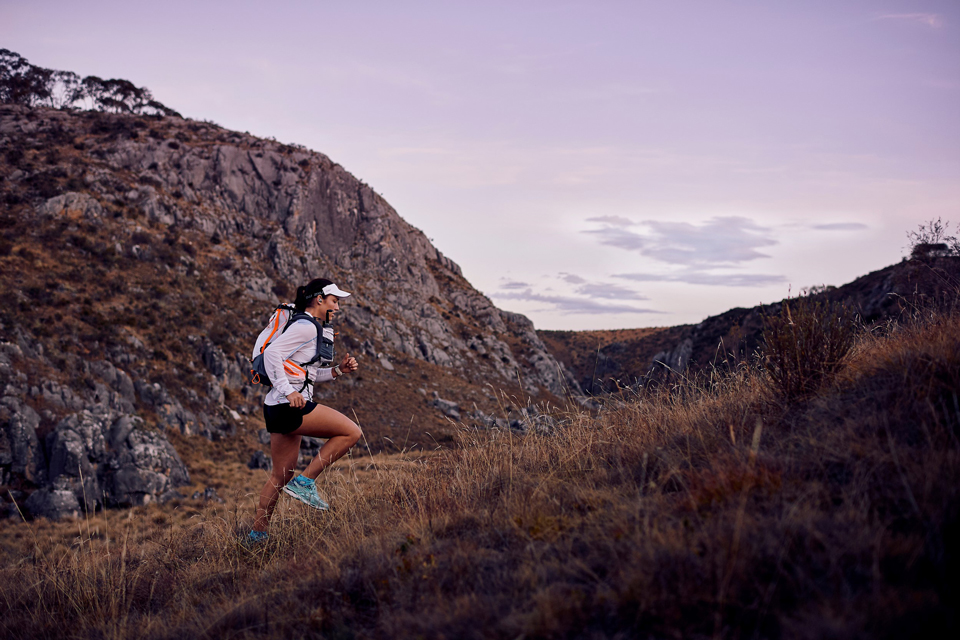 “The endorphin rush of a 5, 10, or 15K felt really good, so I wanted to try something longer.” Two months after her first event, an 18K trail run, Bell signed up for her first 50K ultramarathon and crushed it.

If you’re new to the concept, an ultra is simply a race that exceeds the traditional marathon length of 42.195 km. They take place everywhere a person might choose to go: through main streets, along backroads, across mountainsides, over ice floes. Bell chose to begin her ultramarathoning career in what could be one of the worst places anyone would want to conquer — the Namib Race in Namibia.

It is the first of the Racing the Planet Four Deserts Grand Slam, which includes gruelling staged races through Chile’s Atacama Crossing, the Gobi March in Mongolia, and the ultimate last desert, Antarctica.

Bell’s Namib ultra taught her a ferocious lesson in hubris. “I remember seeing the sponsor’s video, thinking, ‘I’m not going to hit that wall, I’m good,’” she said. The wall had other ideas, and Bell pressed on through delirium, dehydration, Achilles issues, and isolation. “I didn’t know it would be so hard and that I’d have moments of giving up,” she confessed. “After that first desert race I felt horrible, being out there with myself, but if it was easy, I wouldn’t have learned anything. I’ve done more than seven of them now, and it’s changed me. I’m a new person in the way I react and in my perspective.”

One of the most difficult endurance events on the planet, covering 1,850 km, only 78 people — including Bell — have finished the Four Deserts Grand Slam. Camaraderie helps. “The people you meet, how you chat and bond, that helps you be less focussed on yourself and more on them,” she said. 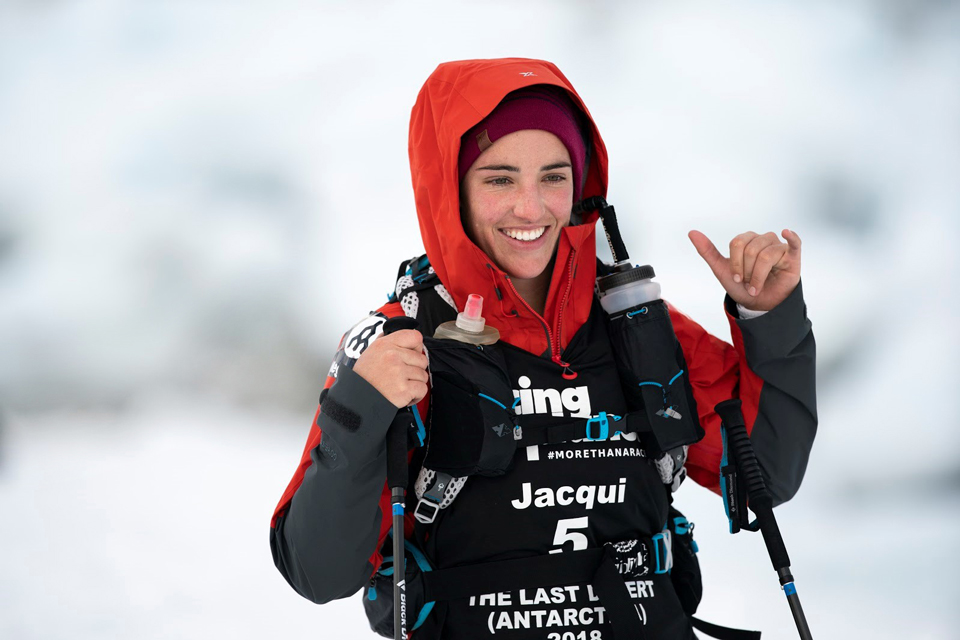 In February, she will take on the 323km, multi-stage Alps 2 Ocean ultra in New Zealand for the second time, running from the base of Mount Cook to the seaside town of Otaru. “I swore I’d never run in the same place twice, but everyone there is so amazing, and the lakes, streams, and rivers are so beautiful in New Zealand, I just wanted to.”

In March, she travels to Sri Lanka to run the Ultra X, a five-day, 250k event through rainforests, tea plantations, and terrain where temperatures can reach a seriously humid 35 degrees.

Bell is an ambassador for the White Cloud Foundation, a nonprofit organisation dedicated to helping adults at risk for depression in Queensland and Tasmania. With that comes a fair amount of public speaking, new territory for the young pioneer. “I love it. It’s good for me, and helps me be the best version of myself,” she admitted. “I understand (doing publicity) comes with it. It challenges me, and it’s hard, but I love seeing people around me take on challenges that they didn’t think were possible.”

A journey through Bell’s funny and forthright blogs and social posts are peppered with self-descriptions of “cranky Jacqui,” and worse. “I’m a ‘what you see is what you get’ person. Very black and white, say what I mean person. To say I run for something greater? I don’t agree with that. I run for myself,” she said. “I love running. When everyone does what they love, that’s the best thing for everyone. Running is my purpose.”

When asked if other sports could provide the same solace and clarity she found in endurance running, she replied, “There’s so much to learn and so much to improve on so many different levels. I love running, and that’s what I want to do.” That’s despite sacrificing all ten toenails in the process, all of which, thankfully, have grown back in. 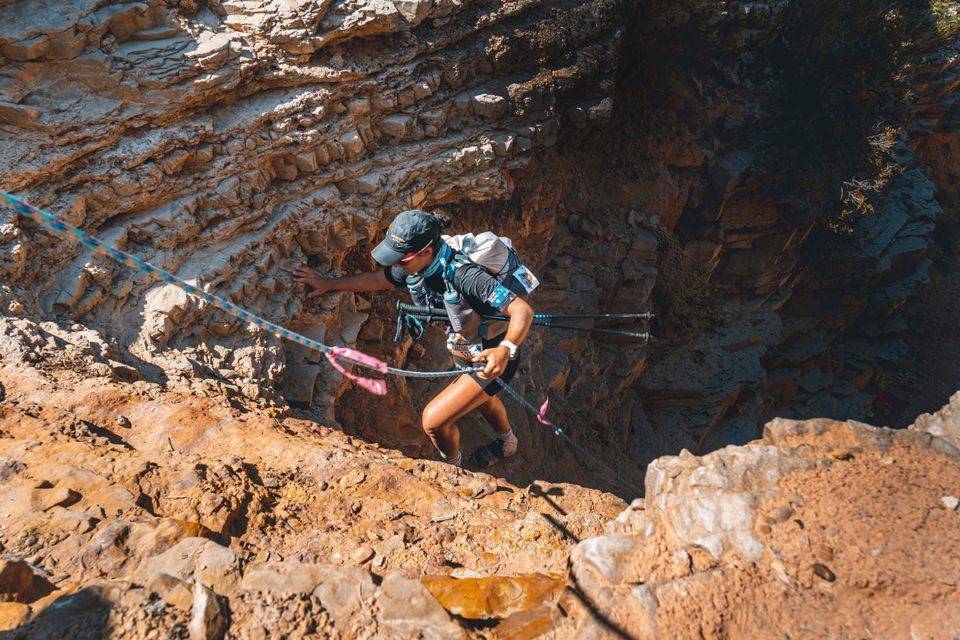 Recently, Bell completed her first single-stage 100K with a good friend. “Everything you learn in a 250k by yourself, to get good time, to push yourself, doing that with two people running together is rare. For the first 30k I ran ahead, and it dawned on me: ‘What if I hit a wall?’ He might think, ‘you left me, so why shouldn’t I leave you?’ So I ran back to my friend. For 30k he led the way because I was willing to go further with someone rather than going on alone.”