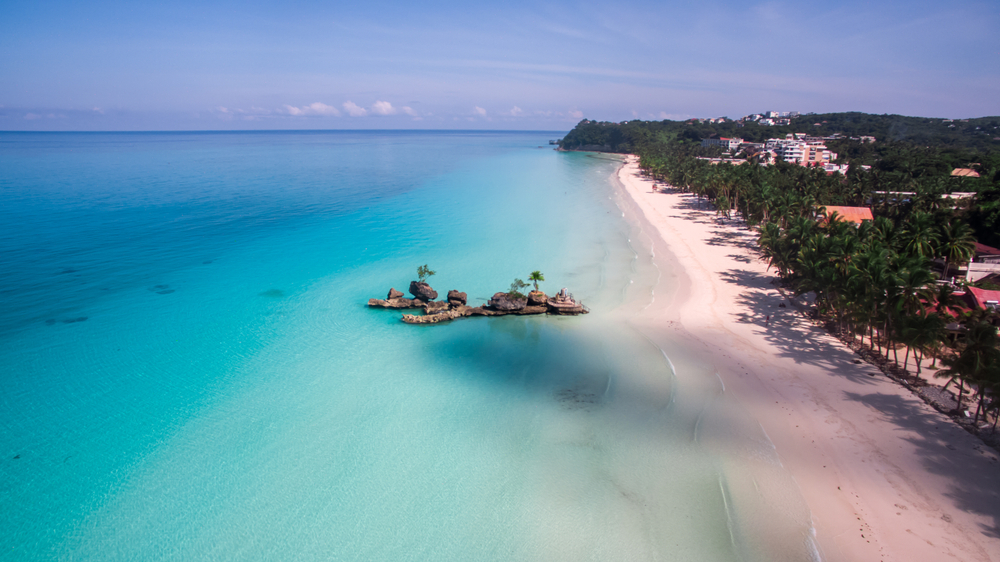 Sustainable travel is all about place, culture, and community Travel has been among the hardest-hit industries of the world health crisis brought on by Covid-19. Once restrictions are lifted, it’s likely to be among the first to get back into full swing, as travellers get back to plans they put on hold and again satisfy their wanderlust. When that happens, there will be even more of a focus on sustainable travel, which has already been growing in popularity.

What does it mean to travel sustainably? Is it staying at an eco lodge? Is it offsetting the carbon footprint of your flight? It is those things, but that barely scratches the surface of what sustainable travel means. Stewardship of nature is a crucial element of sustainability. As places become over-touristed and abused, this kills the very beauty people have come from all corners to witness.

We have seen this in the island of Boracay in the Philippines, which gained notoriety for its pristine beaches then developed rapidly and haphazardly, forcing the government to close the island for cleanup of an algal bloom likely caused by pollution of the waters around the island. President Rodrigo Duterte called Boracay a “cesspool” in announcing a six-month closure of the island to tourism.

We’ve seen it in Venice, a city of fragile beauty where the people flocking to see the awe-inspiring mastery it took to raise such a place from the islands of a lagoon could be sowing the seeds of the city’s destruction by sailing through the Giudecca Canal on large cruise ships, contributing to a rise in water level that might render Venice uninhabitable. The streets are jam-packed with visitors whose need for accommodations drives residents out, making Venice more like a large, open-air museum than a living city.

So, as World Travel & Tourism Council President & CEO Gloria Guevara Manzo says, “We’d better focus on sustainability, or there will be no product to sell.” Should we just stop traveling altogether? Would that help? With 80% of countries around the world counting tourism among their top five industries, it isn’t just impractical that people stop traveling internationally, it would be detrimental to developing nations. The goal of sustainable travel is to preserve cultural heritage and the permanent communities in the places we vacation in addition to preserving the land. This means keeping as the economic benefit from a safari camp in the surrounding villages rather than in the pockets of outsiders with no investment in the community that sustains it. It goes beyond providing X number of jobs for locals; it’s about giving them the means to become entrepreneurs in their own rights. Through its Spirit of Big Five Foundation, Big Five Tours & Expeditions supports Awamaki, a nonprofit that teaches women and girls in the Peruvian Andes how to earn money from weaving the traditional textiles of their region and secures contract work for them with hotels and retailers looking to bring their wares to a wider market. For every dollar Awamaki takes in, it produces $4.

“I first visited Colombia more than a decade ago and wondered then what would make me want to stay longer,” Sanghrajka said. “The answer came as I sat in a 600-year-old water well inside Cartagena’s walled city, which I discovered purely by accident. When I returned from that first trip, I eagerly told everyone that this was a sleeping giant in Latin America, and we should eagerly await her awakening.

“Today I use Colombia as a model to use for other countries that haven’t emerged yet. In fact, Colombia is the best example of how a country can come together and stabilize, under the umbrella of sustainable tourism. Before tourism, Colombia’s economy was shrinking at a scary pace. Today Colombia’s economy is growing among the fastest in the region with tourism the second largest export, even ahead of coffee.” Kevin Molony, president of New Orleans-based Royal Insider is working to preserve the culture in and around the city his family first came to in the 1720s by showing clients the authenticities of life for those who call the Big Easy home, far from the tourist haze of Bourbon Street. That could mean hanging behind the scenes with a Mardi Gras crew to see how much blood, sweat, and tears go into preparing not just a float but a celebration of heritage, or dining in a historic home with a meal prepared by the city’s top chefs.

Molony decries the mass-marketing imitation of culture, which he fears could be destroying the authentic culture it’s derived from. Instead, he favors what he calls “culture sustaining travel.” Royal Insider organizes private outings that take travellers to the places and people that make New Orleans such a unique city full of cultural heritage. Think visiting jazz clubs and recording studios with local musicians, or “A Moveable Feast” in which the owners of French Quarter homes welcome guests and serve samples from fine restaurants where local chefs craft meals with ingredients foraged from the surrounding area. This isn’t breezing through, drinking a hurricane from a corner shop on Bourbon and leaving the next day. This is going deep into the heart of a destination, learning what makes it tick and why that’s worth preserving. Authenticity, it is said, is the new luxury.

Often, preserving nature and preserving culture go hand-in-hand. The devastating effects of Hurricane Katrina on New Orleans is one example of how climate change can alter not only a landscape but a way of life. Though the city rebuilt, many artists and musicians left when their homes were destroyed and have not returned. Keith Vincent, group operations director for Wilderness Safaris is thrilled with the amount of acreage preserves have saved in Southern Africa, but fears existing preserves are becoming overcrowded.

“A lot of the main parks in Southern Africa are full, so the next logical step is to go out and rehabilitate land,” he said. “So our goals are very simple: We look after just shy of 8 million acres of land today. How can we make that 16 million tomorrow? The issue about social impact investing is more than just about conservation and animals in its own right. Equally as important is the people and the culture and the respect for the cultures and the heritage of the cultures around these areas that actually support their livelihoods.”

The Rise Fund’s purchase of Wilderness might make that possible, and Vincent said such expansion needs to be done in partnership with the indigenous communities whose traditional lands would be part of it, rather than hammering out a plan with the national government and dictating to locals.

“Twenty years ago we would walk into a village and tell them what we wanted to do,” he said. “In today’s world, that’s not acceptable. There’s a much better way of doing that and figuring out, ‘What do the villagers want themselves?’ In order to do that, you don’t start with a meeting with the president, you start with the people under the trees in the village and figure out, ‘What is it that they need themselves? What is it that they actually aspire to?’ and work with them. You’ll be very surprised to find out that the people actually want to conserve, they want to be participants. You know in the old days, we talked about, ‘We created X number of jobs.’ In the new world it’s way beyond the jobs. It’s about creating opportunities for the men and the women in the villages. And in the same light, what do you provide to the GDP of the country, or to that region, or to that village’s economic impact.”

This all leads us to a fundamental question: Rather than speeding climate change with carbon emissions, rather than spelling ruin for ancient civilizations and ways of life, can travel save the world?