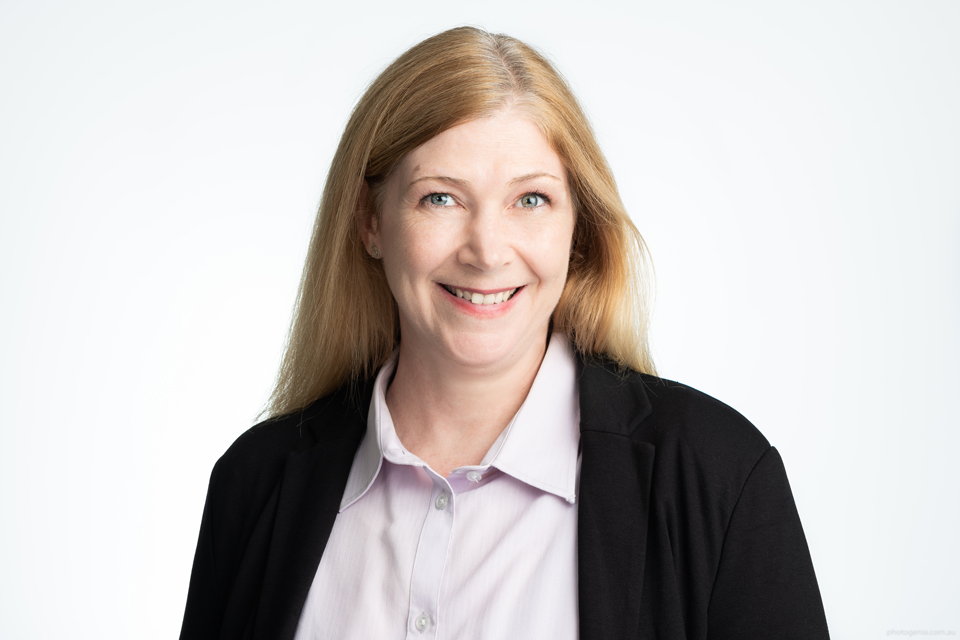 On the Cyber Side

Dr Sue Keay is leading the nation into the future, one cyber system at a time.

Dr Sue Keay may love robotics, but there’s nothing mechanical about her trailblazing vision for Australia’s technology future. Not only did she set up the world’s first robotic vision research centre, she is a graduate of the Australian Institute of Company Directors, and judges the James Dyson Awards and the Australian Museum Prizes. At present, she leads the Commonwealth Scientific and Industry Research Organization’s (CSIRO) Data61 Cyber-Physical Systems program.

We recently spoke with Dr Keay about CSIRO, blending science and business, and where the future may lead. “CSIRO, Australia’s national science research agency has been in existence for over 100 years,” she told VENTURE. “Its purpose is to solve the nation’s greatest challenges using innovative science, technology, and data. My involvement in it covers cyber-physical systems. I like to describe it as where the digital and physical worlds collide.”

Dr Keay leads the country’s largest group undertaking cyber-physical systems research, with 130 researchers and more than 70 PhD students contributing to the program. Participants include specialists in robotics and autonomous systems, distributed sensing systems, imaging and computer vision, and cybernetics, which, as Dr Keay put it, “is where the biological, mechanical, and digital all rush together.

At present, the main focus of CSIRO’s work in cybernetics is developing a brain implant that can help detect epilepsy after traumatic brain injury. A third of patients who have sustained a TBI develop epilepsy, a consequence of the way the brain repairs itself. Robotic sensors may one day detect when drugs should be applied to help prevent the condition.

“The only way that we can know how the brain is repairing is by developing sensors that are actually able to measure electrical signals from the brain as it is repairing,” she explained. “Surgeons usually put some plastic skin over the skull as the brain is repairing before they put rigid material back into the piece of the brain they had to remove.” One type of covering is a silicone shield designed to minimize the complications of removing part of the cranium; surgeons would place a sensor on the brain within the shield so the brain is protected while its electrical impulses are being measured by the sensor.

“Australia, as many other countries, faces a challenge where we are seeing low engagement in STEM subjects amongst women. Even when we are able to encourage women to enter these professions, unfortunately we have quite a high rate of attrition. I was looking around for some initiatives that would help support women that go into the traditionally male-dominated fields, and many people I asked if I was going to do something like the Grace Hopper Celebration in the US.”

Hopper, an American mathematician and rear admiral in the US Navy, was an early pioneer in developing computer technology, helping to devise the first commercial electronic computer as well as naval applications for the COBOL programming language.

Rather than reinvent the wheel for a brand new audience, Dr Keay engaged with the celebration’s founder, the AnitaB.org, a California-based nonprofit whose main mission is to recruit, retain, and advance women in technology.

“AnitaB.org has put the Grace Hopper Celebration together for about 22 years in the United States, attracting 25,000 delegates to their conference in Florida. It’s a flagship concept that shows that women are contributing to technology, and that women do exist in this sector. If you can get 25,000 of them in one place it goes against a narrative that I often hear, which is that it’s very difficult to find women in the sector. The numbers of women may be smaller than the number of men, but that doesn’t mean women aren’t contributing.

“We worked with AnitaB.org to develop Hopper Down Under so we could showcase women technologists in our region, to showcase those women and create an environment where they could meet other women who are doing similar things and to start getting their stories heard.”

Hopper Down Under was a hit, attracting 750 delegates from 19 countries, and trending No 1 on Twitter for 11 consecutive hours. “There were more than a few people in tears over the event because it was the first time they’d been to a conference where they weren’t in the minority. For some people it was quite an overwhelmingly emotional experience,” she reported.

The need for gender pay equity in STEM has long been a rallying point for women leaders, but Dr Keay found that the need for new voices in these specialties is changing the fundamentals of that conversation. “I have changed my view on this over the years,” she said. “I used to think we needed to make sure that we were creating an inclusive environment before we were encouraging women into STEM because why push girls into subject areas where they will be facing toxic work environments. I’ve changed my view on that because I think that if you work in any area of technology, you’ll appreciate that the pace of change is remarkable and we are developing technologies today that will influence generations into the future.

“We simply can’t have those technologies developed by a single gender. We just can’t. Anything we can do to put more women where they can contribute to technology is important. We come up with completely different technologies when we have a diverse group of people in the room putting them together. I really think it’s important that we don’t lose sight of that.” 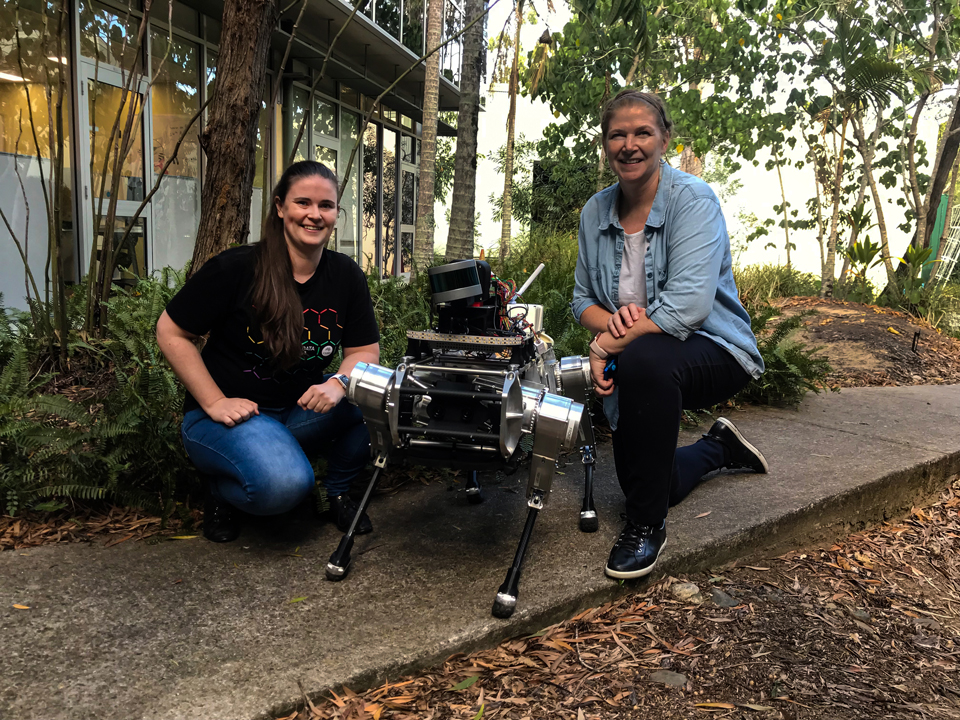 Dr Keay, who holds a PhD in geoscience from Australian National University and an MBA from the University of Queensland, is in a prime position to deeply understand the intersection of science and business, particularly when it comes to automation. “I’m fortunate that I’ve had insight into a range of different sectors,” she said. “That does give me a different perspective on things than just following a more linear career path in science.”

In 2018, she developed Australia’s first Robotics Roadmap, which illustrates how advances in robotics, computer vision, sensing, and machine learning and AI will impact every sector of the Australian economy.

The digital age has made it critical for business leaders to follow a path of technological engagement, but adoption rates vary widely. “There’s certainly a lot of evidence that adoption of robotics and automation is occurring at quite different rates in different sectors. It’s not necessarily because from an industry perspective they’re not open to the idea, but because the technology perhaps isn’t quite ready or is only just becoming ready for that sector.

“In some areas, like construction, we’re starting to see some prototypes being developed in that area. Other areas, like utilities, we’re not really seeing much of an impact of robotic automation at all at this point. The risks for those industries is that when those technologies are developed it will be quite disruptive.

“All industry sectors need to have an eye on what is going on outside of their own sector,” she stressed. “I do think the way that we categorise different companies in different sectors holds them back. One of the things I found when I was putting the robotics roadmap together for Australia was that we started off doing different workshops according to what sector different companies were in.

“By the time we put the roadmap together we discovered that there were there was quite a lot of curiosity about what was going on in other sectors, even from manufacturing, arguably the most mature adopters of robotic technologies. They were very keen to find out what was going on in the resources sector because the resources sector in Australia has a reputation for being on the forefront of adopting automation in their business.”

Dr Keay believes that cooperation amongst industry sectors will propel technological adoption quickly. The barriers to that forward progression are reinforced not just by discouraging information sharing across sectors, but also by corporate policies and funding objectives. “If we transfer the learning from sectors that are already more advanced in some of these areas to the sectors that are just starting to deal with these challenges we can learn from them, and we can learn a lot more.”

Embracing technology within a business requires a cultural shift from the top down, but for some leaders, fear of the unknown serves as a barrier to its benefits. Take, for example, the 2018 debut of Pepper, a social humanoid robot programmed by her team at the Australian Centre for Robotic Vision for a trial at Townsville Hospital in North Queensland. The automated concierge sparked a full spectrum of reactions, from initial trepidation to eventual acceptance, and more.

“Before the robot actually arrived on site there was a lot of discontent throughout the staff. A lot of them thought it was a management plot to get rid of them. Then, once the robot actually made an appearance on the ward, people very quickly realized that the robot was in no way shape or form replacing them or taking their jobs,” she recalled.

“Robots aren’t people and they have different capabilities. You could probably say the same applies to any technology. Yes, they can be really good at doing some tasks but they can in no way at this point in time be able to string together a whole range of tasks the way humans do so effortlessly.

“Once people interacted with the robot and began to understand its capabilities and limitations, the reception became considerably warmer. After a few days, a very interesting thing happened. Many of the people in the hospital started to think of things that the robot could do, things that were well beyond some of the ideas that we had about what the robot may be able to usefully do in the hospital. People started to conduct their own experiments with how the robot might be able to make their jobs easier or more effective.

“That’s the best kind of way you can introduce new technology, by actually getting people to have hands-on trials with it so they can understand its opportunities but also its limitations. And then start to think of ways it can be used within the business rather than forcing improvement on them.”

As Dr Keay sees it, robotics not only can free up workers from “dirty, dull, and dangerous” aspects of certain kinds of work, but can also augment our natural human capabilities. “They can make us better at what we already do, not just about taking away some of the more tedious jobs. If we look at automation technologies in those terms, it frees up our minds to think of more ways that we can get better.” 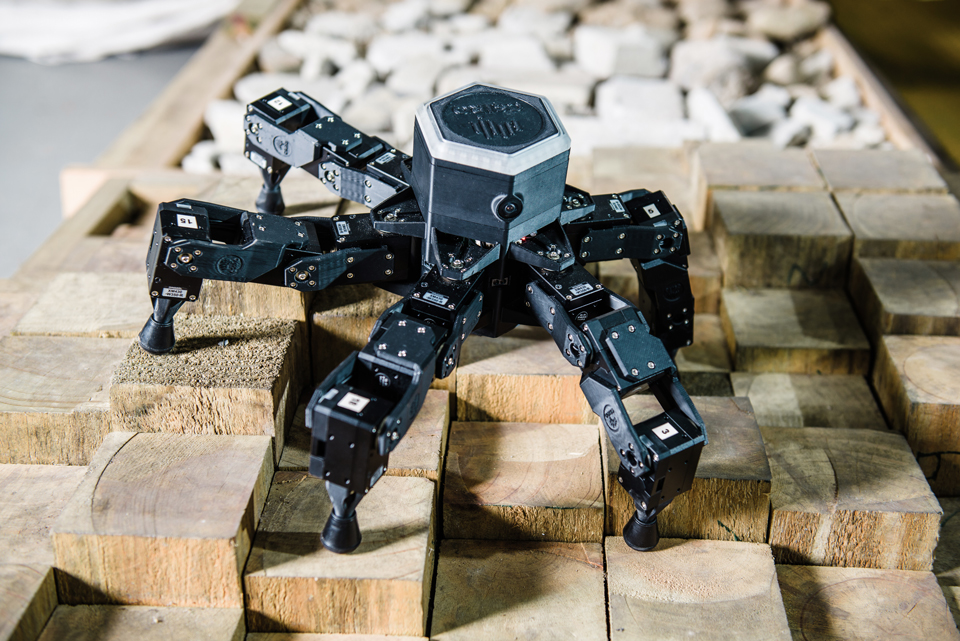 Media hype about robots replacing humans is, of course, just that: hype. “I think that’s preventing us from thinking about what some of the real benefits are of these technologies. Things will change. There will be different jobs in the future that don’t exist today and I don’t think that’s a bad thing as long as we can support people to take up those opportunities,” she said.

“What we really need to be thinking about, rather than some sort of robotic apocalypse, is how technology is going to give us the opportunity to really do remarkable things. We just saw huge numbers of people rallying across the world, striking for action on climate change. That’s where I see the potential in all of this technology. It really can be used to help us.