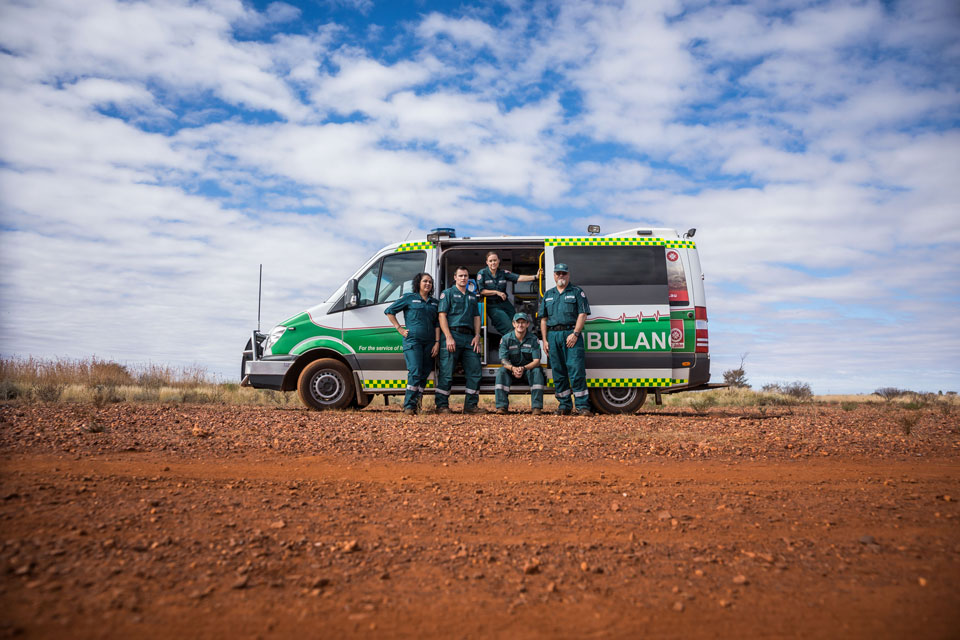 For the Service of Humanity

By Venture Editorial Team  •  10 months ago 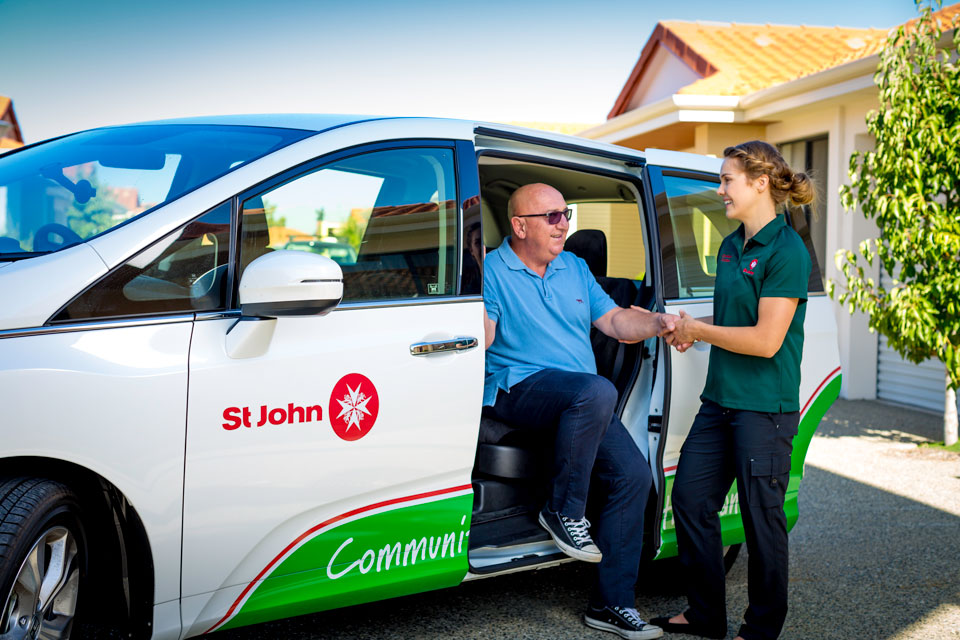 As cities rise, so does danger. And as danger arrives on our doorsteps, so do heroes.

In the 19th century, as the industrial age changed the landscape of London with new opportunities and dreadful perils, Queen Victoria established a royal order of chivalry “to prevent and relieve sickness and injury, and to act to enhance the health and well-being of people anywhere in the world." We know that non-denominational charitable organization today as the Order of Saint John.

The order’s main mission was to train volunteers in first aid so they could offer medical help in times of emergencies and in large public events. In 1877, the order established the Saint John Ambulance Brigade in London, and, with an imperative to serve the realms of the Commonwealth, soon thereafter established branches in Australia.

“Our organization has evolved over 125 years, but our purpose, and dedication to the community remains the same,” declared CEO Michelle Fyfe, APM. “Our ambulance service covers the largest landmass in the world by a single ambulance service, about 2.5 million kilometres.”

That breathtaking statistic doesn’t faze Fyfe in the least, whose career prior to taking the St John helm this year has been spent on the front lines of life and death. Her dedication to public service is honed by over three decades of service in the Western Australia Police, most recently as the Assistant Commissioner of State Crime. The 2017 Telstra Business Women’s Award recipient oversees a group of approximately 10,000 paid employees and volunteers across the state.

The St John culture of service attracted Fyfe to the role. “The first feeling that you get as you walk through the door of any St John location is that people care. Our culture is very supportive, very compassionate, and very caring. We've got a really strong reputation for delivering high quality care to people in need and people in horrible circumstances, and everyone associated with our organisation takes great pride in that,” she said.

“Like any other large, complex business we have many of the normal challenges you have in any business, but what is unique is our absolute belief in our mission and purpose, and in building resilient communities and giving back to them. That permeates every part of the organisation.” 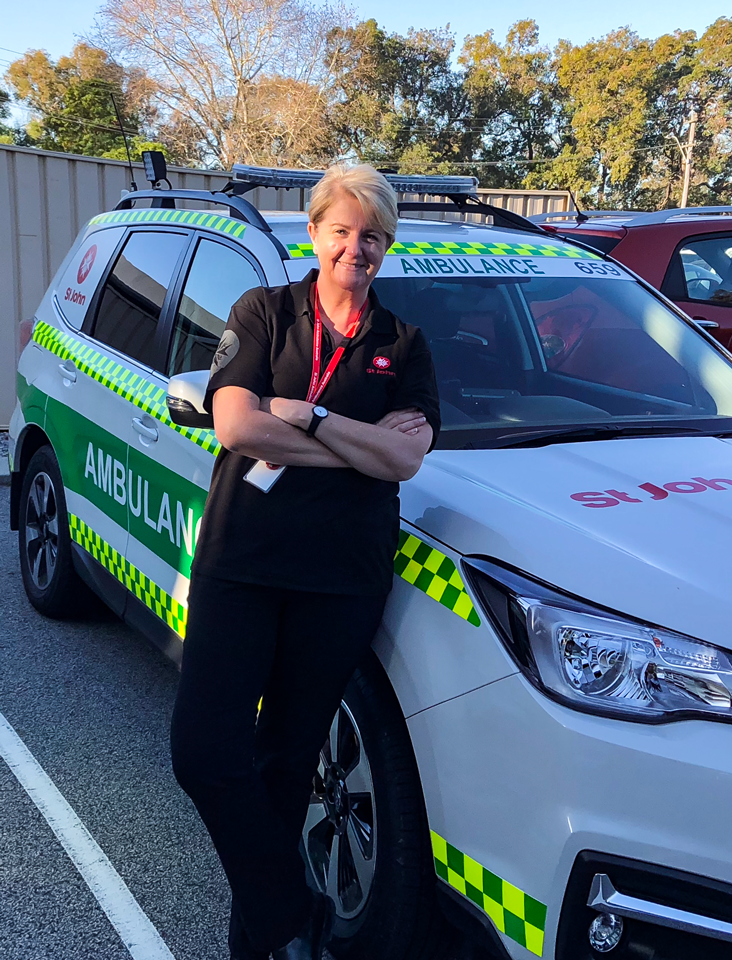 The non-profit derives income from a variety of sources, including government contracts, and commercial revenue from its medical, dental, and urgent care businesses and has been around for more than 125 years in the state. A decades-long partnership with the state lottery commission, Lotterywest, provides grant funds; the agency awarded St John a $1 million grant to provide automatic external defibrillators (AEDs) to local community organisations.

Two years ago, the organisation expanded into primary care, with medical, dental, and urgent care centres, a move designed to create new pathways to care that relieve issues of overcapacity in hospital emergency departments.

“We see approximately 300,000 people across medical, dental, and urgent care in a year, and it's something we're really quite proud of because 20,000 of those patients would have ended up in an emergency department,” Fyfe explained. “It's about the right person getting to the right place. For our ambulance officers, it's more effective when they're dealing with those people that are sicker than others. Our foray into that area is a transition from simply being a response group to now being a gateway.”

Delivering service across a vast landmass would be impossible without a network of courageous and dedicated volunteers. “They are integral to our operations and to the very foundation of the St John organisation. We have about 1,500 paid staff and about 8,500 volunteers in a number of categories. They are a critical part of our business, helping us to deliver the most cost-efficient ambulance service in the country, and to deliver service in areas where you wouldn't normally get it because of low population levels, low volumes of jobs, those sorts of things.”

Fyfe estimates that volunteers contribute roughly 4 million hours of service annually, which in monetary terms would cost the organisation $200 million. “They do the most amazing work. I continue to be in awe of them every time I meet them,” she added.

As you might expect, St John stays on the leading edge of technology adoption. October 2018 saw the introduction of their first smartphone application for first aid training, and the beginnings of a virtual reality version of that training program. A host of additional training tools will roll out this year employing web, mobile, and VR technologies. In addition, the St John First Responder app has already been downloaded 100,000 times since its launch in 2017, embraced by ordinary citizens willing to learn the necessary skills to ably assist the injured in times of crisis.

“Who knows where the next innovation is going to be?” Fyfe wondered. “I just want my people to go out there and think big. I'm happy to give anything a go.” Investments in state-of-the-art ambulance equipment are another priority, with each vehicle worth about $200,000. “We continually invest and innovate in that equipment and technology, because that's a paramedic’s office. That's where they’re going to spend all their time. And that's where they're going to do their job, so we’ve got to make sure we get the best out there.”

Fyfe is extremely proud of the organisation’s integrated delivery model, particularly in the advancements it has supported in raising out-of-hospital cardiac arrest survival rates. “If you have a cardiac arrest, that's not a heart attack,” she stressed, “it can happen to anyone at any age. We've had children suffer cardiac arrest. The key to survival is early CPR and early use of a defibrillator. On average for us it would take about 9 minutes for an ambulance to get to a job in a metropolitan area, and for every minute that you don't have CPR in a cardiac arrest your chance of survival diminishes by 10 per cent. If it takes us 9 minutes to get to you and no one's been doing CPR, your chances of surviving are relatively slim. 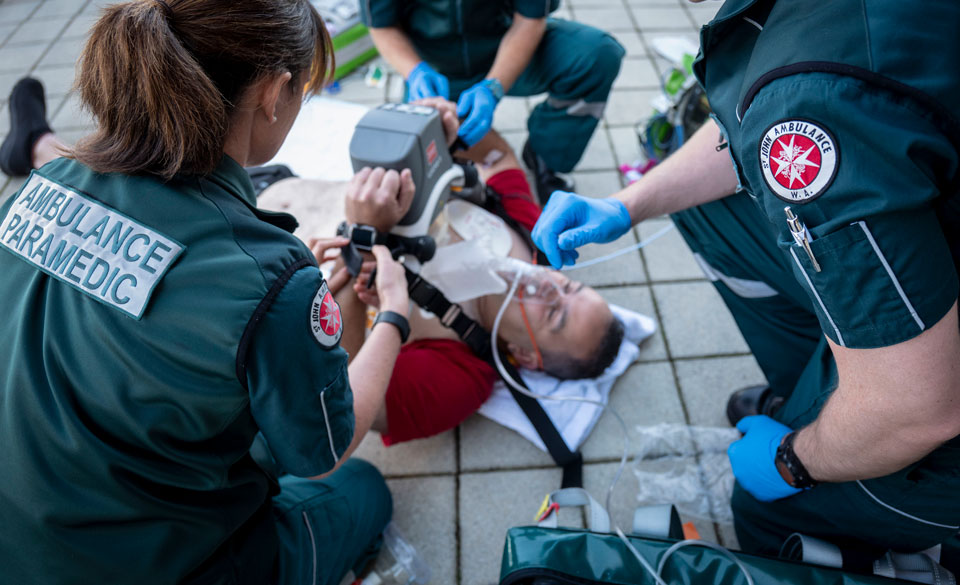 “We have put together a range of initiatives looking at encouraging bystander CPR and the use of defibrillators. We advocated publicly and loudly and with government and with everyone for more publicly accessible defibrillators in the community because they are a critical part of this chain of survival. We train over 400,000 people every year in first aid, and part of that is CPR; 180,000 of those people that we train are schoolchildren of all ages, and we do it for free.”

In just the past 12 months, such “little changes,” as Fyfe humbly calls them, have resulted in a 50 per cent increase in the out-of-hospital cardiac arrest survival rates. “We put that down to really focussing on the whole chain of survival. It’s not just about us as an ambulance service and paramedics, it's about our call takers in our state operations center. It's about high standards, and getting in there to help other members of the community and publicly advocating for defibrillators to be available and easily accessible. It’s made all the difference, and we can't wait to see where this is going to take us. I can't wait to see what the future is going to be.” And that future belongs to the great people of St John and the community of Western Australia.

St John WA is a charitable, not-for-profit, humanitarian organisation serving the community through first aid. We have been proud to provide the highest-quality first aid services across this vast State for more than 125 years.

Under our motto “for the service of humanity” and through our unique blend of career paramedics and volunteer services, we have succeeded in operating the most efficient and effective ambulance services in the country and in training the highest number of people in first aid. 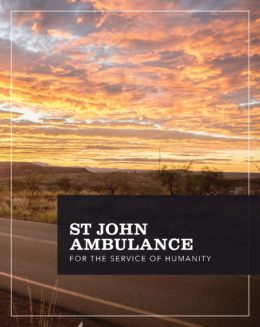