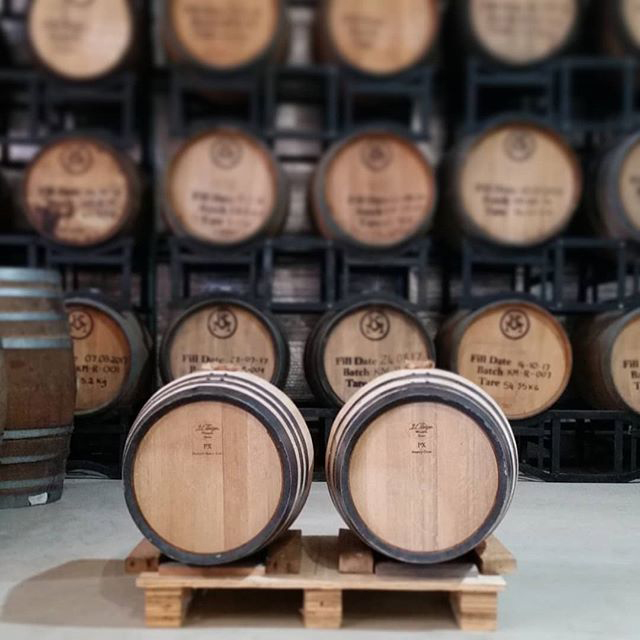 Spirit of the times

Distillers poised to make Australia the world leader in gin

Australian gin is a concept that hardly existed a decade ago. Now, there are more than 100 distilleries making the spirit, and many are using native botanicals to set their concoctions apart from the British gins that have long ruled the market. “We could potentially, in 20 or 30 years, flip the whole industry on its head and we could actually be the world leaders in gin production,” Stuart Gregor, of the Australian Distillers Association and co-owner of Four Pillars Gin told the ABC. “London is only the leader in gin because they’ve had a 300-year head start on us.” One Aussie gin took home the top prize from the World Gin Awards in London, whilst the inaugural Australian Gin Awards honoured several more. These spirits are among the best the country has to offer. The Adelaide distillery won World’s Best Classic Gin at the World Gin Awards in February. “We’re very humbled to be the recipients of the win and we’re hoping it will shine a spotlight on Australia and in particular the South Australian gin industry, showing that we’re up there with some of the very best quality products in the world,” brand director Sean Baxter told the ABC. “We’ve easily doubled our sales since the win, but we’re very aware that it will be short term and we don’t want to get too carried away.” The judges described Southern Strength as “some pine leaves and resin, with a hint of thyme and a whisper of cinnamon and tree bark. Juniper and citrus are in a nice supporting role. Nice complexity, but the balance impresses most.”

The eponymous pillars are the stills, the water, the botanicals, and a little bit of love. The main still, named Wilma after distiller Cam Mackenzie’s late mother, is made of copper — which removes some of the sulphides — and stainless steel. Wilma is equipped with seven distinct aroma plates and a botanical basket; she turns out gin at 187 proof before it’s adjusted to a palatable strength. Yarra Valley and Melbourne city water is alkaline and low in sodium, naturally filtered through eucalyptus and fern forest. In addition to juniper berries, the distillery uses Tasmanian pepperberry, lemon myrtle, cassia, star anise, cardamom, coriander, lavender, and angelica root. Oranges, blood oranges, and finger limes are also featured in some blends. As for the love, Four Pillars crafts small batches of no more than 460 bottles. This Kangaroo Island Spirits product won Best in Class and the contemporary category at February’s Australian Gin Awards. Per the distillery, it is “handcrafted, highlighting juniper, coriander, and angelica root in a contemporary London style. Key to its character is the subtle infusion of Kangaroo Island coastal daisy Olearia Axillaris. Sometimes known as wild rosemary, this shrub of the Asteracea family flourishes along South Australia’s coastal regions — it is the perfect complement to enhance the gin’s lively structure. Savoury and dry with a burst of orange, O’Gin has a nose which recalls beach dunes on a hot summer day.” Native Muntrie berries, local citrus, and peppercorn flavour this spirit made in the Adelaide CBD. Red Hen took home top honours in the classic dry category at the AGAs. While most of the Barossa Valley was wild for wine, brothers Michael, Anthony, and Daniel Vallelonga, along with friend Luke Page were daydreaming of gin. Red Hen is named after the train the quartet took to school, and the team spent more than two years crafting their spirit, according to the Gin Queen. Red Hen also have plans for a spiced rum and a whisky. The AGAs’ top navy strength gin, Split Point checks in at 114 proof “and is packed with intense flavour — citrus, juniper, and local coastal botanicals including salt bush, hop wattle, honey, and kelp” according to the Great Ocean Road website. The term navy strength comes from the Royal Navy, whose officers insisted on gin powerful enough to light gunpowder on fire, which happens at 114 proof. It’s basically Fahrenheit 451 but for getting legless. Best in class in the flavoured category at the AGAs was this offering from gin and vodka distiller Hunnington. The first of three batches on sale should be ready in August. “Made simply, from pure Tasmanian rainwater and organic cane sugar the base for our gin is double distilled and charcoal filtered,” Hunnington’s website states. “We vapour infuse our base with carefully chosen botanicals, combining the subtle flavours of locally grown pepper berry leaves, Oyster Bay pine, lemon and lavender which are blended with lemon myrtle, grapefruit, juniper, coriander and liquorice root. We then steep the sloe berries in gin for several months, add a little bit of organic sugar for taste and then decant it into bottles.” The AGA judges awarded it best bottle, but what’s inside is just as good. “Most importantly, we all wanted to try the gin,” the judges declared. When they did, they got the flavour of orange peel, blood oranges, and navel oranges, plus toasted fenugreek and Davidson plums. Distilled 27 hours in a coffin-shaped pot still known as “The Schreck,” the concoction “is delicate, yet packs a punch,” its makers say. Gold medallist at the 2018 Australian Distilled Spirits Awards, this London dry aims to make Queensland’s Bundaberg region known for more than rum. “London Dry is the most traditional way of making gin, so it’s nice to know we are doing the right thing and producing a quality product,” Rick Prosser of Kalki Moon, which produces several types of gin and liqueurs, told the News Mail. “We have now become the first Queensland distillery to win that one.”

Ryan Hartshorn wanted to do something creative with the byproduct of his family’s Grandvewe cheese farm. When the sheep ate the vineyard, he decided to make vodka and later gin with the whey. “I am using 6 Native Australian botanicals with 3 of them never used before in any other Gin,” he states on the website. “All of my botanicals are vapour infused, which is a technique not used too often with Australian Gins. Vapour infusion (as opposed to steeped) will give the Gin a much more delicate and subtle bouquet. My Gin is designed to smell beautiful. There will be delicate petal and citrus aromas with a hint of freshly cut hay.”