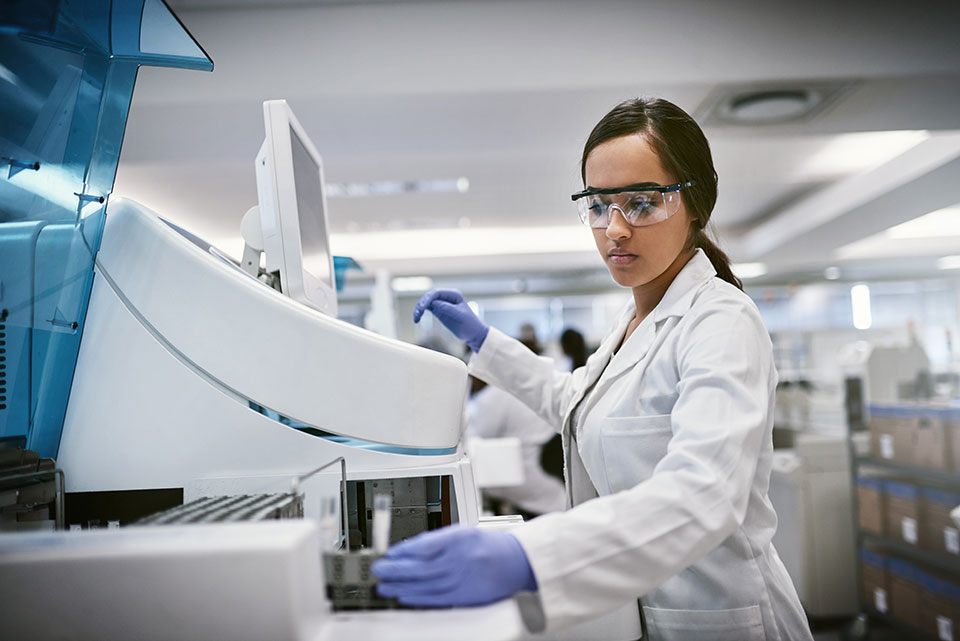 Think back to your last blood test. After a doctor or nurse drew your blood, where did it go? Who looked at it, what did they find, and how? Were there a lot of nerves as you were waiting for the results? It’s an unseen part of the medical field, but one that goes a long way to determining the care patients receive. For SDS Pathology, which conducts a third of private tests in Australia, getting accurate results quickly and inexpensively is an unending goal.

“Pathology itself is an unseen part of the medical diagnostic world, however, 80 per cent of decisions that are made by general practice and medical specialists are based on a pathology diagnosis,” CEO John McKechnie told VENTURE, “Be that an infection, a cause of infection, the appropriate use of antibiotics, the diagnosis of cancer — most decision-making in the medical industry is driven by an outcome as the result of a pathology test.”

On the Fast Track

McKechnie said that in his 39 years in the industry, the most important development has been computerisation and instrumentation that have allowed laboratories to process more samples with high accuracy. Patients sweating out the results of a test can now have answers much more quickly than in decades past.

Rather than needing technicians to manually load samples in the front of a machine, remove them at the back, then walk them into storage, later retrieving them from a large fridge and starting all over again, SDS’ new systems automate all of that, allowing technicians to focus on diagnoses. That is part of a $100 million investment in updating systems, an investment that includes streamlining workflows from four independent labs in separate states to a single nationwide laboratory information system (LIS).

“That’s going to allow us to seamlessly move samples between laboratories and potentially between states,” McKechnie said. “If necessary, we can route work between states if and when we have catastrophic issues affecting a particular location — like fires or floods or any issues impacting our people — the samples can effectively and easily be routed to a different location. This is all possible because everything exists on the single database with a similar or same workflow to the place of origin.” 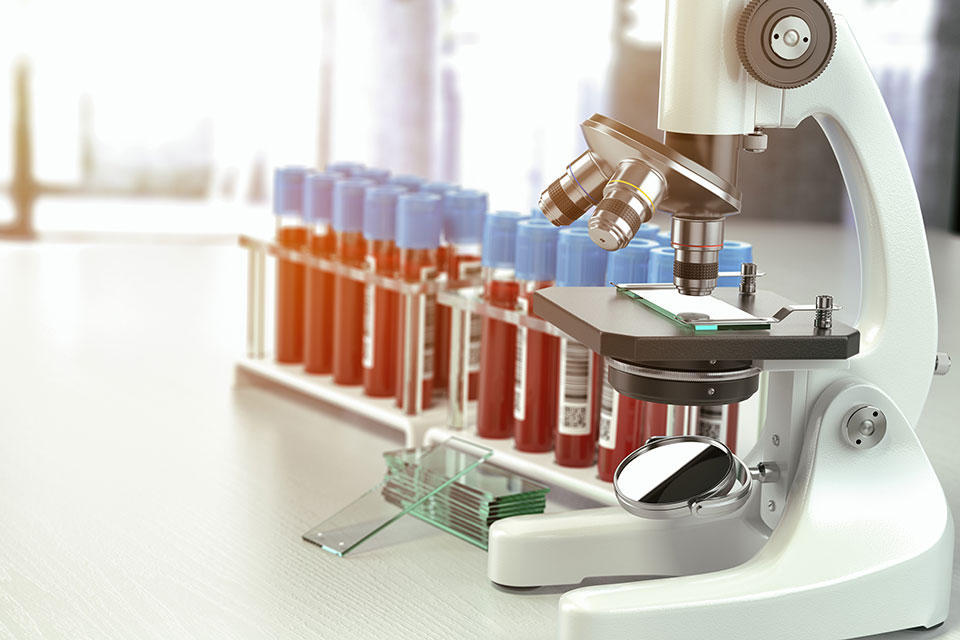 The upgrades will also make customer experience better at collection centres, where patients will be able to get in and out faster thanks to real-time feedback from the LIS to collectors.

“They’ll be able to print barcode labels, whereas today they have to hand-write them,” McKechnie said. “They will be able to receive information that will direct them as to how many tubes they need to collect. All of those things that we’re undertaking today will assist us in preparing for when we have a fully integrated LIS, and at the same time we are ensuring that the look and feel of our collection centres is consistent, modern, and in line with our vision of what a collection centre needs to look and feel like. Ultimately, we’re investing now to make our centres a far more pleasant and efficient environment for patients, and for our team members working in them.”

Couriers will be able to connect directly with the LIS as well, making sure they’re taking the most efficient routes to collect samples and ensure those samples are properly handled and arrive at the lab as quickly as possible. The connectivity will also provide couriers with a safety mechanism by which they can contact the lab as any issues or concerns arise whilst they’re out on the road.

It isn’t just the LIS that’s going nationwide. SDS have had success with management training programs at the state level. Supervisors have received training in human resources management, finance, project management, and people skills. In the five or six years since that program has been active, McKechnie said, many initial entrants have progressed to middle or senior management positions. Now the program is going national at a higher level.

“That is being emulated through Healius with the introduction of executive-level management training programs. These programs are targeted more at the middle and senior management teams from the states to give them a better grounding and further development in the management tools and skills that they’re going to need to move to the next level, and to help them coach and mentor the people working underneath them,” McKechnie said.

As a leader in the industry, SDS have helped spearhead the efforts by lobbying group Australian Pathology to plead the case to the federal government for parity with other divisions of the medical field in terms of Medicare funding. 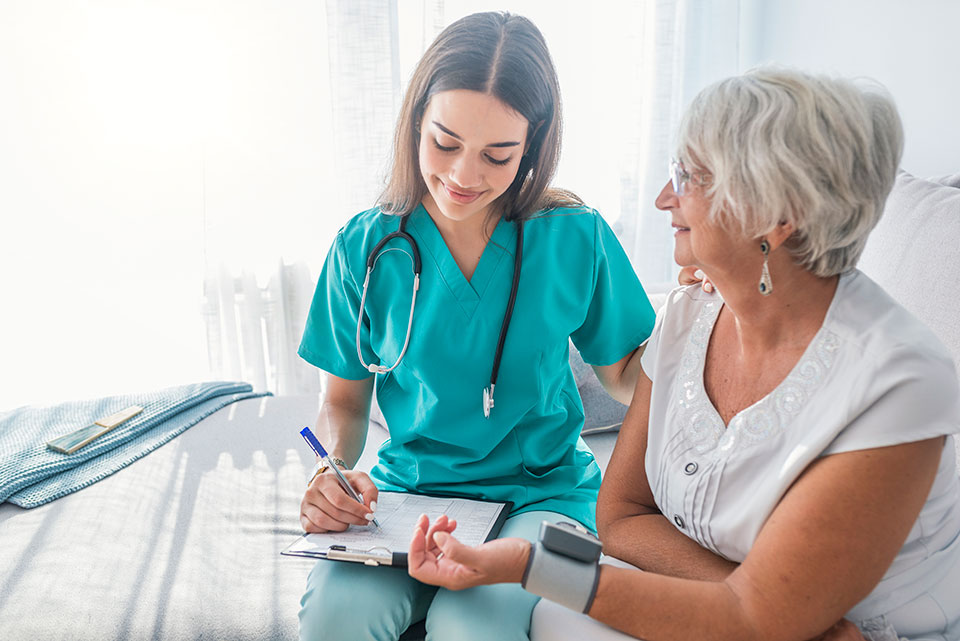 “The industry has had no indexation in terms of the pathology schedule for almost 20 years. The only things that have touched the schedule in that time have generally been cuts to the overall benefits associated with it,” McKechnie said. “If it’s not addressed, then eventually it will get to a point where bulk billing will come under risk. There is very little private billing and very little out-of-pocket expense associated with providing pathology services by all of the private providers, but eventually it will get to the point where if the industry doesn’t receive some relief from Medicare, then the spectre of private billing will come into play, and out-of-pocket expenses will start to become a reality.

“I think that’s something everyone is hoping to avoid by investing the appropriate amount of money into the system so that out-of-pocket expenses are not required or are very minimal at least.”

Patients may not understand how important pathology is to keeping them healthy, which is a big reason why public support for the industry is not widespread. SDS and Australian Pathology want to get the word out about how much public-facing medical professionals such as GPs rely on pathology.

“Although it is largely an unseen part of the process, because most of the public’s experience when they go and have a blood test is that they have a blood sample collected and placed into a container — they don’t see what happens after that and the large amount of effort and work that goes into providing the diagnostic outcome that then goes into driving the medical decision-making,” McKechnie said. “It’s hugely important, but it’s very much a hidden part of our industry, which is why it’s quite difficult for us to lobby government, on the basis that it doesn’t have huge public support because of the fact that it’s not as visible as some other parts of the industry.”

Given how vital an accurate diagnosis is to quality care, we’d say SDS is worth paying attention to.

Healius is one of Australia's leading publicly listed healthcare companies. The Healius network is comprised of three core business divisions of pathology, medical centres, and diagnostic imaging. Healius employs more than 12,000 people across 2,500 sites and has been providing quality, affordable and accessible healthcare to the people of Australia for more than 30 years.

SDS operates over 100 medical laboratories and over 2,200 patient collection centres across metropolitan, regional and remote Australia. Each year, it provides one in every three pathology services in Australia, extending from exclusively servicing some of Australia’s largest and most complex private and public hospitals to small and remote Australian Aboriginal communities. 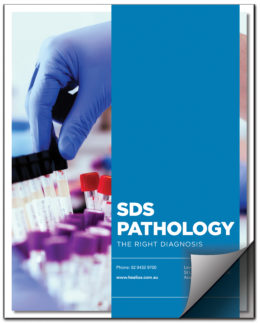