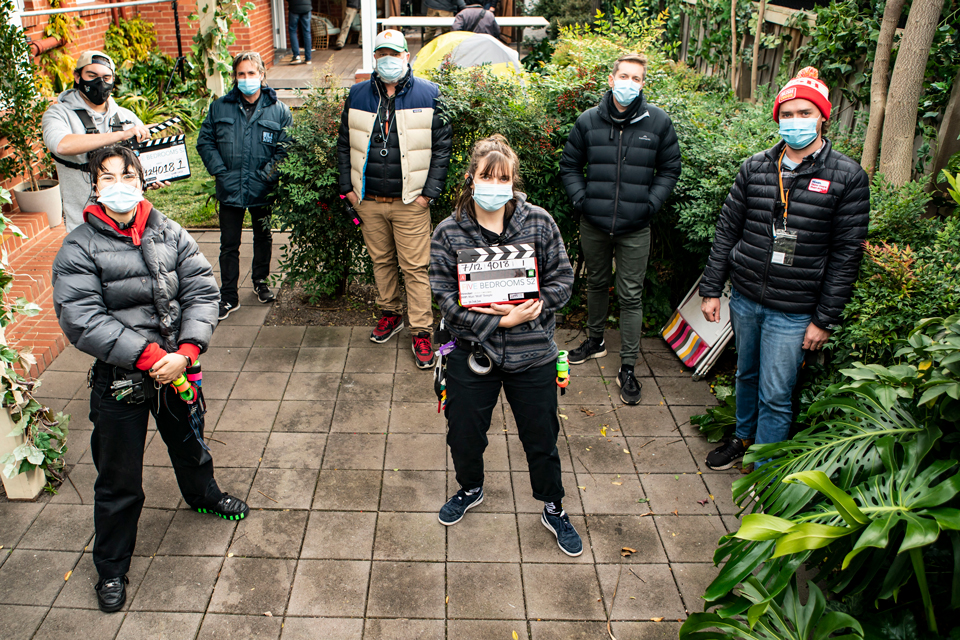 A story to tell

Screen Australia puts a spotlight on Australia’s top talent, even during a pandemic 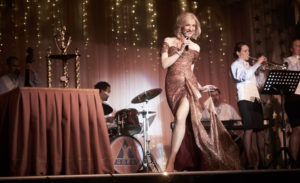 Ask a foreigner to name the first Australian who pops into their head, and you’re likely to hear Hemsworth, Jackman, or Kidman. Official statistics will tell you minerals are Australia’s top exports. But whilst few people could tell you where the iron ore that helps make the steel in their cars comes from, practically everyone knows what nation graced us with the Hemsworths.

“We would be probably the biggest soft diplomacy for Australia out into the world,” Screen Australia CEO Graeme Mason told VENTURE.

The talent for telling a good story is deeply rooted in the Australian culture, Mason said, and it’s what makes our stories stand out—both at home and abroad.

“Bluey is the most-watched show on ABC iview in history and it’s set and made entirely in Queensland. It was picked up by Disney, and now when kids in the US watch Bluey, they’re hearing our accents, and seeing a slice of our lives.

“But it’s not just our children’s series that are connecting. Safe Harbour won an International Emmy, Miss Fisher has become a global franchise, and Stateless and Mystery Road season 2 premiered at Berlin Film Festival.

“Australia’s First Nations storytellers also continue to raise the bar. It’s no accident that Total Control was the first Australian TV series to ever premiere at Toronto International Film Festival, while Sweet Country won the Special Jury Prize at Venice. These stories are world-class.” 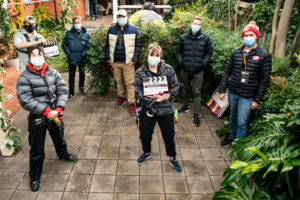 Something to Turn to

Of course, this year it’s been a bit more difficult to tell those stories and capture those great performances. But through resilience, storytellers have found innovative ways to share slices of life during the COVID-19 pandemic. At Home Alone Together, a result of an initiative by Screen Australia in conjunction with the ABC and hosted by Ray Martin, satirised lifestyle shows during a time when life for everyone—even celebrities—was mostly being bored at home. The nine half-hour episodes also mixed in tips for home improvement, parenting, and wellness.

Producer and director Luke Eve headed to Spain in March to wed the actor and writer Maria Albiñana. Then came lockdowns, forcing them to cancel the wedding two days out. They rode out the time in their apartment with Eve’s mother, who had also come in for the big day. Leaning into the absurdity of it all, Eve pitched the situation to Screen Australia as a real-life sitcom, which led to 10 short episodes of Cancelled streaming on Facebook.

“Those things are showing the resilience and fortitude Australians bring to situations,” Mason said. “It’s pretty much a can-do attitude.”

In an era when content consumption is at an all-time high, “there’s enormous demand for things to inform but also to entertain because the world’s a bit bleak at the moment, quite frankly,” Mason said. 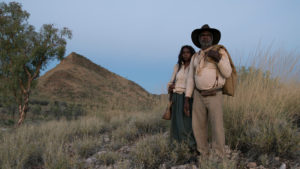 Several reality and traditionally scripted shows have been able to film new episodes, MasterChef, Big Brother, Neighbours, Wentworth, and Five Bedrooms among them. They too have had to get creative.

“In each situation, the production companies have looked at, line by line of the script: what was possible—what was a green light—what was an amber light that maybe you had to think about, and in some situations like Neighbours, they literally rewrote the scripts to make it work,” Mason said. “In some they’ve filmed the easy stuff first, they’ve done some things where they’re cheating by angles, and then in some situations where you can’t do that, what they’ve done is take huge safety precautions even down to isolating the key people who are going to be involved.”

The creative solutions to keep cameras rolling can provide a guide for other businesses having to reimagine the way they do things. Whilst some measures are temporary, Mason sees others becoming permanent fixtures.

“Do you need to have as many people on set as you used to? Can I do casting remotely?” he noted as a couple of the questions production companies will ask themselves as businesses everywhere look to cut expenses such as travel.

With cinemas closed, more releases are going straight to streaming services. Audiences might grow accustomed to that and enjoy it even post-pandemic.

“I think it’s accelerating the business trend that we’re already seeing,” Mason said. “There is nothing like going to the movies with a loved one or a friend, sitting in the dark and watching this amazing thing unfold, and experiencing it with other people. Nothing can replace that. But also we’re finding that with some stories, you like to curl up on the sofa with a cup of tea or a glass of wine.”

With a recession on, there are tough decisions to make about what Screen Australia invests in. Because of COVID safety protocols, every production is working slower and costing more to make. Cast and crew need more vehicles and makeup trucks to practice social distancing. International sales and distribution partners might not have as much free cash to put up. Everyone is feeling the crunch.

What Screen Australia won’t stop investing in is entertainment that reflects the wide range of who Australians are. Through the Gender Matters program and the work of the Indigenous Department,  Screen Australia has brought oft-unheard voices to the forefront. It’s not only good for cultural conversation, it’s good for business.

“People sometimes forget that we’re a big business,” Mason said. “If you’re telling a range of stories that appeal to a range of audiences, those people buy tickets, they buy advertised goods. Back in the day when there was a handful of TV stations, if you didn’t find what you wanted on screen, there were limited other options. Now, if you can’t find a show that reflects yourself or your taste, you’ll go elsewhere, you’ll find it online. It’s really important culturally and creatively but also commercially.”

A big shift since Mason took over in 2013 is funding more online productions.

“People that we’ve backed over the last four to five years have had 4 to 5 billion views of the content they’re making online,” he said. “We do incredibly far-reaching online work” that showcases talent that might not have gotten a chance to flourish in years gone by. That provides the opportunity for more Australians to become household names.

“If you’re going to talk about the most famous Australians on the planet, it would be Hugh, Chris, Nicole, Cate (Blanchett). Every year we have one or two more of those people, and that is an enormous thing to help brand Australia.”

That’s the kind of story we like to see told.