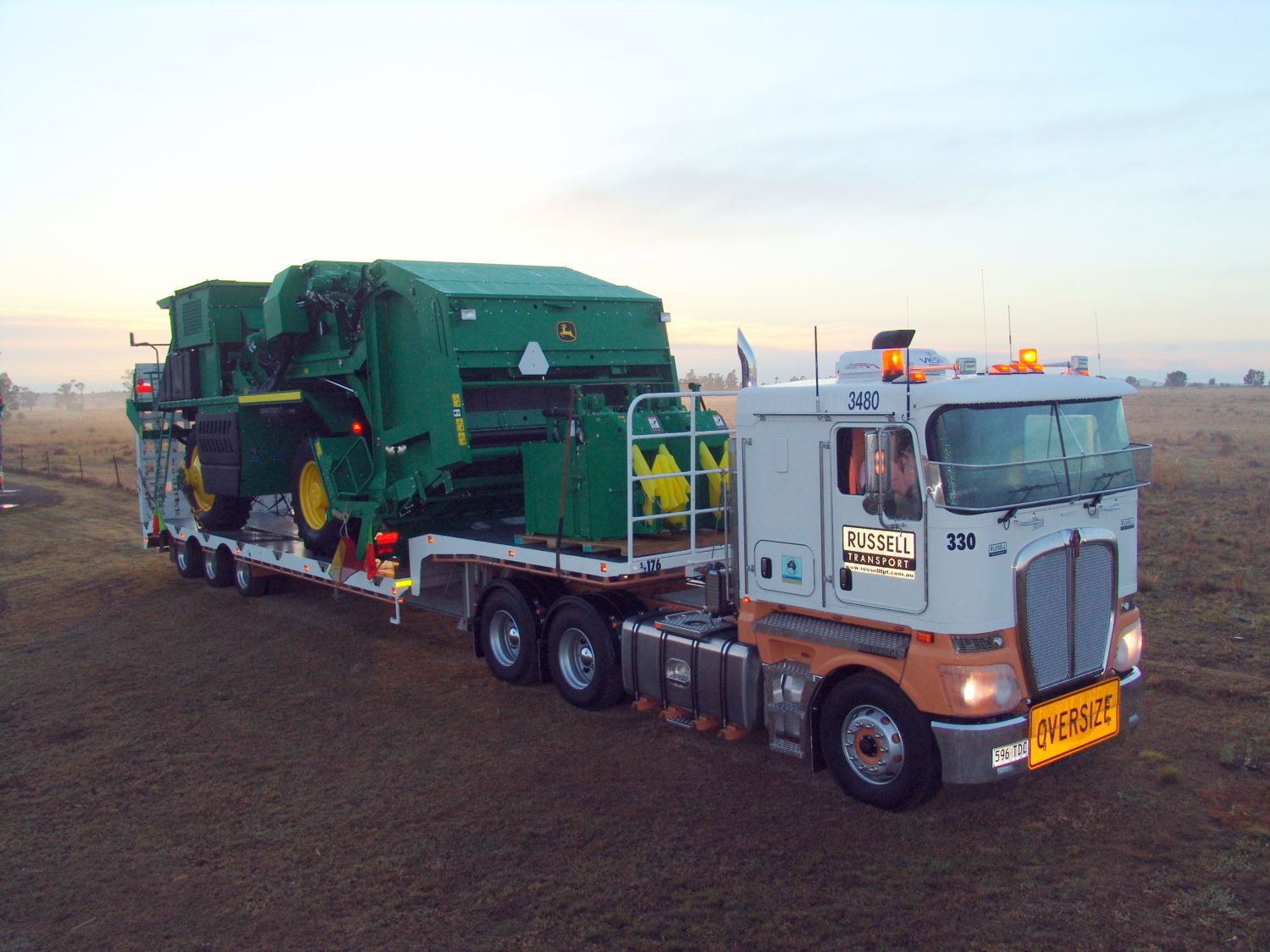 This family-owned business hit a big milestone this year and is looking forward to the next 90 in Queensland and throughout Australia. 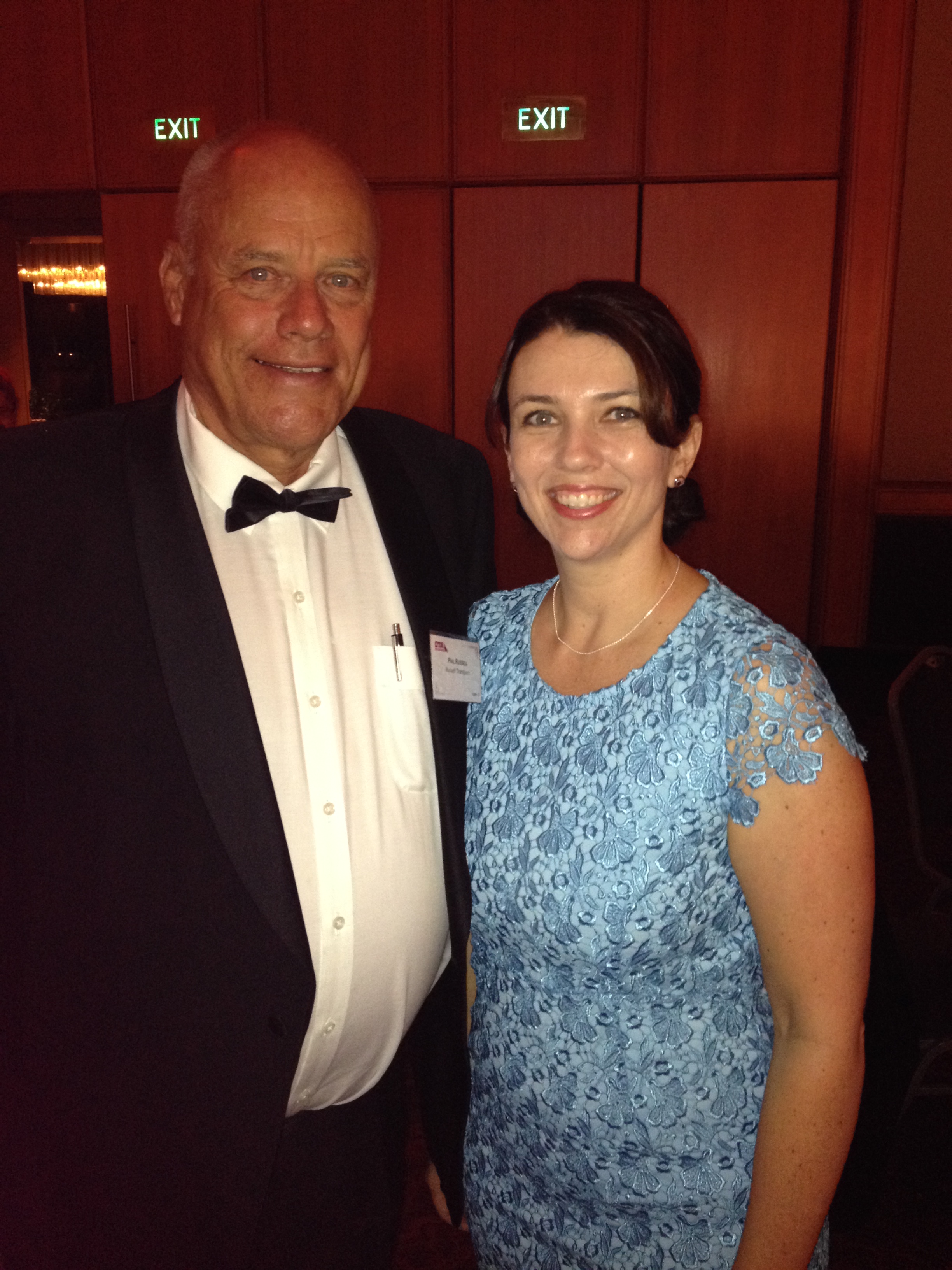 There are hundreds of transport businesses in Australia. Many are family-owned, and a handful of them have been around for decades. Then there is Russell Transport. Founded in 1925 by Roy Russell and joined later by his wife Beryl, the company is in its third generation of ownership and leadership, now with siblings Ken and Julie Russell at the helm.

But the oversize and overmass transport across Queensland and the rest of Australia is Russell Transport’s signature service. With a variety of low-deck and drop-deck trailing equipment dedicated to the movement of overweight, overdimensional, and overheight loads, Russell Transport is able move almost anything, anywhere in the country.

Australian BOSS Magazine had the opportunity to talk to Julie Russell about the company’s history, her recent award, and what the transport industry in Australia can expect from Russell Transport in the future.

So what does it take for a transport business to reach its 90th year of operation?

“Focus on what you are good at,” Julie Russell, director, shared. “I think one of the things this company has done so well is to focus on one part of the business, in one region, until we’ve become established. Once we’re confident in one area, we move on to the next.”

This is evidenced in the company’s slow but steady growth over the last three decades into crane hire and warehousing businesses. Russell Transport’s fleet has also grown to accommodate more and larger loads.

The company’s evolution since its inception has proved its “don’t try to grow too fast” method. But looking only at the past won’t necessarily provide the framework for the future, something that Russell knows well.

“We know that once we have a good foundation in one place, evolution is necessary. Now, we’re focusing on redefining our company’s efficiency—delivering good end-to-end value,” she said. “I think our next focus will be to expand our reach further, geographically speaking. We’ve got depots based in Queensland, but we haven’t moved beyond this base point. We’ve instead been growing in skillsets in terms of competency and offerings. Expansion is the next step.”

Trucking Industry Woman of the Year 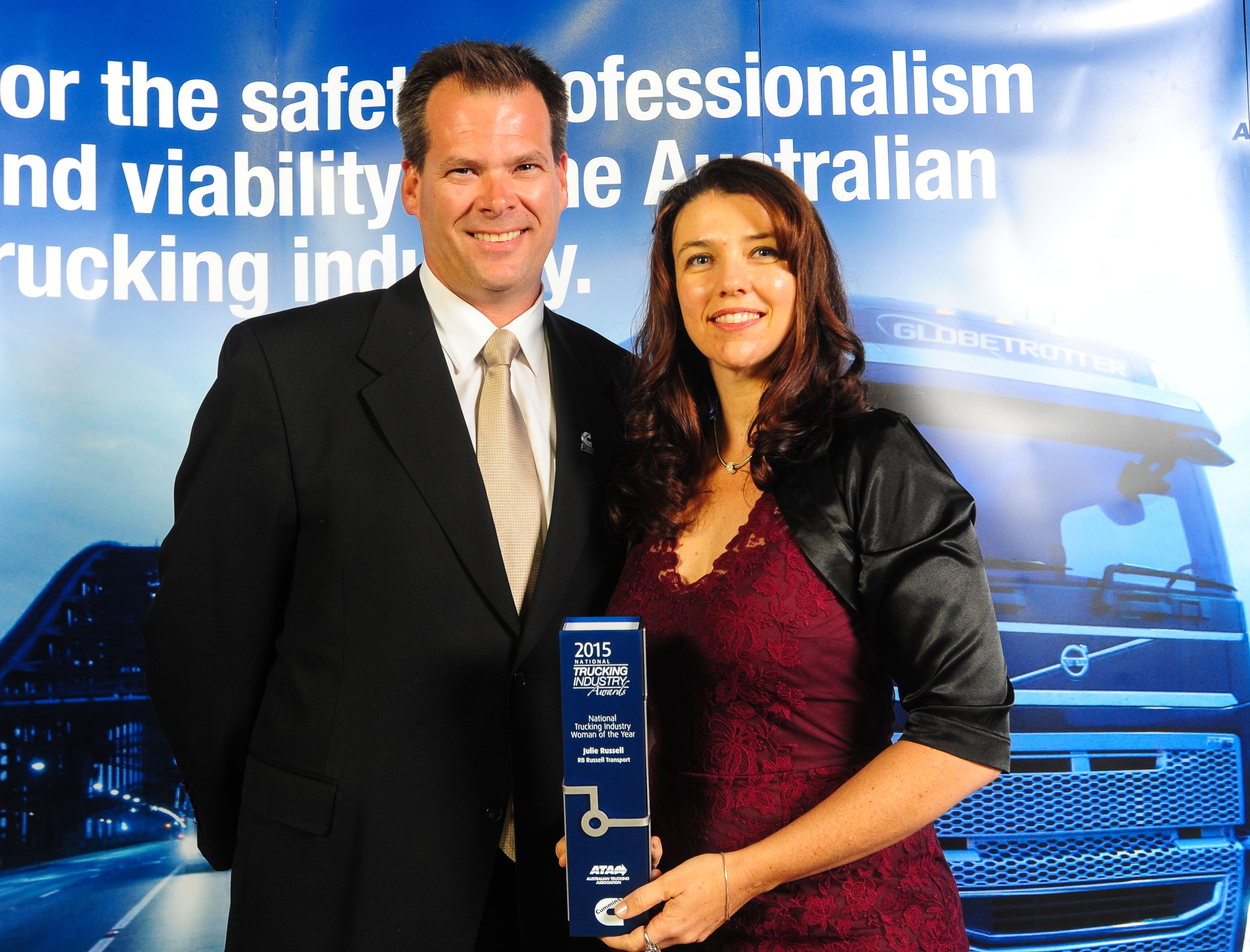 Co-director Julie Russell received a unique accolade earlier this year: the Australian Trucking Association’s (ATA) Trucking Industry Woman of the Year award. It was announced in March at the ATA annual conference. Russell is humble about the win, sharing with Australian BOSS that the other nominees that were in the running are incredibly prominent in the industry in their own right. She also claimed that it wasn’t a personal win: it was a win the whole business earned.

Technology is important to nearly every industry in the world, but the benefits the transportation industry have seen from technological developments and breakthroughs have really changed the game. For Russell Transport, the next few years will see a complete overhaul of technology to allow the company to provide more data for its own operations and its clients.

“The next advancement in technology is going to be on many fronts for transport,” Russell said. “We’re currently looking at increasing our digital literacy across the whole business: with drivers, managers, and the support staff who will manage the technology.”

The benefits to the company will be enormous. Russell and her brother are currently looking into how to incorporate operations like the company’s HR and compliance programs into an online process to increase efficiency and engagement at the coal-face.

The company is already well versed in the industry’s technology, with on-board tracking systems already present in all of Russell Transport’s trucks. The next step will be deciding on the best device and software to move the company’s paper processes to digital, in the hands of the drivers themselves.

A Unique Option in Transportation

Russell Transport’s technology is not the only thing that sets the company apart in the industry.

“We know there are a lot of family-run companies in transport,” Russell said. “We’re one of the lucky ones that has had a long time to establish the business.”

Besides the company’s impressive 90 years of history, there are several other things working in its favour. With a diversity in their current services, Russell Transport is able to survive a tough market: if one market is down, other parts of the business can rally to support it. By not growing too quickly, the team has been able to become experts in each of its offerings.

With a steady growth in services, and a potential expansion throughout Australia, Russell Transport looks to have the next decade—maybe even another 90 years—set in the transportation industry. 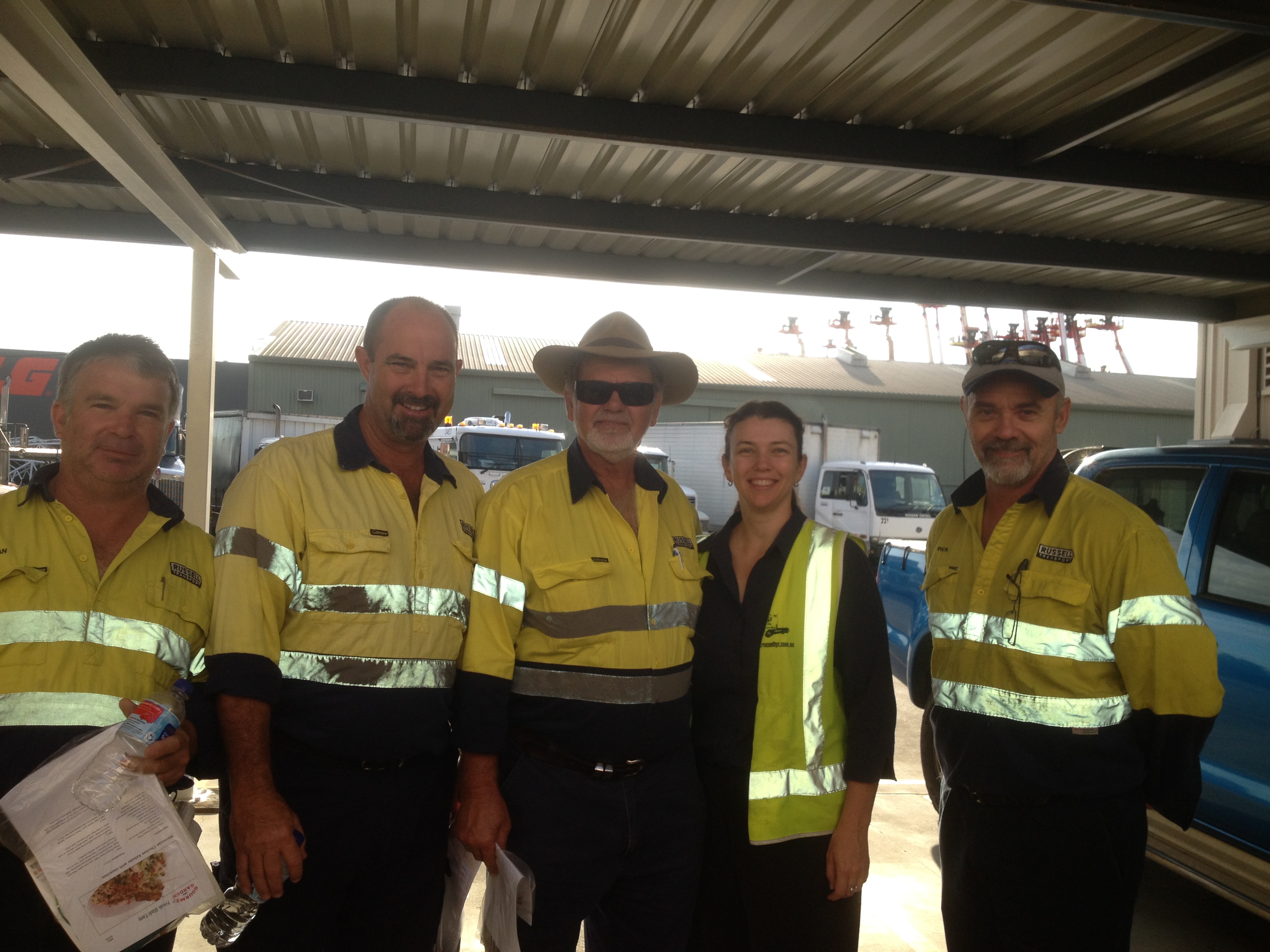 Although Russell Transport is her family’s business, Julie hasn’t worked for the company her entire career. This, as it turns out, has been a good thing.

Julie started an arts degree when she left secondary school, and pursued it for about a year. When she realised her interests had shifted, she left school to work for a computer company in its admin department. This led Julie to find a new passion: business management. She worked for Russell Transport while studying her bachelor degree, which she received in business management in 2001 from the University of Queensland.

She wasn’t just handed her position either: Julie began her role with Russell Transport as a receptionist and then took over her grandmother’s role when she fell ill. Like her siblings, Julie has worked in the business from the ground up, learning from the people who work there, what makes the business function well.

After earning her business degree, Julie spent time in the financial and insurance sectors in Sydney, and worked in risk management and project management roles for five years. It was during this time in Sydney she completed her second degree in arts (psychology) in 2006. She reentered the family business in 2007 when she and her brother were appointed joint directors.

Now with two degrees and experience from both inside and out of the transportation industry and family business, Julie has set a strong foundation to help the company continue in its excellence in the field.

“My time outside of our family-owned business has proven to be very valuable. I’m able to bring a different perspective to the business, one that I would not have been able to offer if I had stayed with Russell Transport since the beginning,” she shared.

Established in 1925 by Roy Bayley Russell, Russell Transport Pty Ltd has been successfully operating in Queensland for more than 80 years. When the business first launched, our initial contract concerned the distribution of motor spirit for Dalgety & Co, who had just been appointed the Queensland agent for the Commonwealth Oil Refineries.

By 1930, our fleet had expanded to include three trucks, based in a warehouse on New Farm Wharf. We carried out deliveries to Chermside in the north, Mt Gravatt in the south and to Moorooka.

Further expansion over the next 20 years saw our fleet grow to 12 trucks, with our cargo including wool as well as motor spirit. As the business continued to flourish, we purchased land in Macquarie Street, New Farm, constructing a specialised workshop to service our fleet.

At the age of 70, Roy passed the daily running of the business to his son, Philip, although he continued to provide valued advice and assistance well into his 80s.

Since the 1970s, Russell Transport has continually thrived, branching out into new areas like mobile crane hire. We also now hold a number of industrial properties in South East Queensland, while the original site at Eagle Farm has been expanded to include adjoining properties, and is still used as the Russell Group's head office. 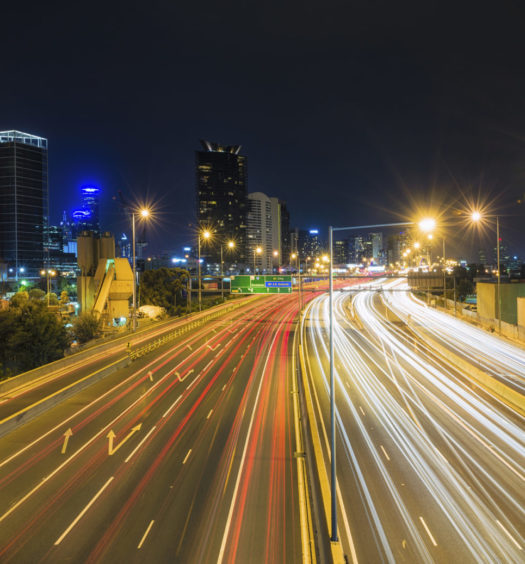 NorthConnex Project: Moving the Region into the Future

Read More
NorthConnex Project: Moving the Region into the Future
Submit a Comment 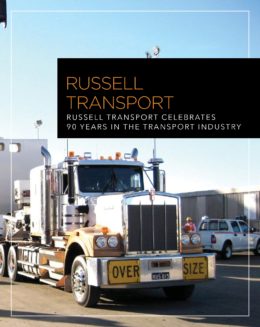