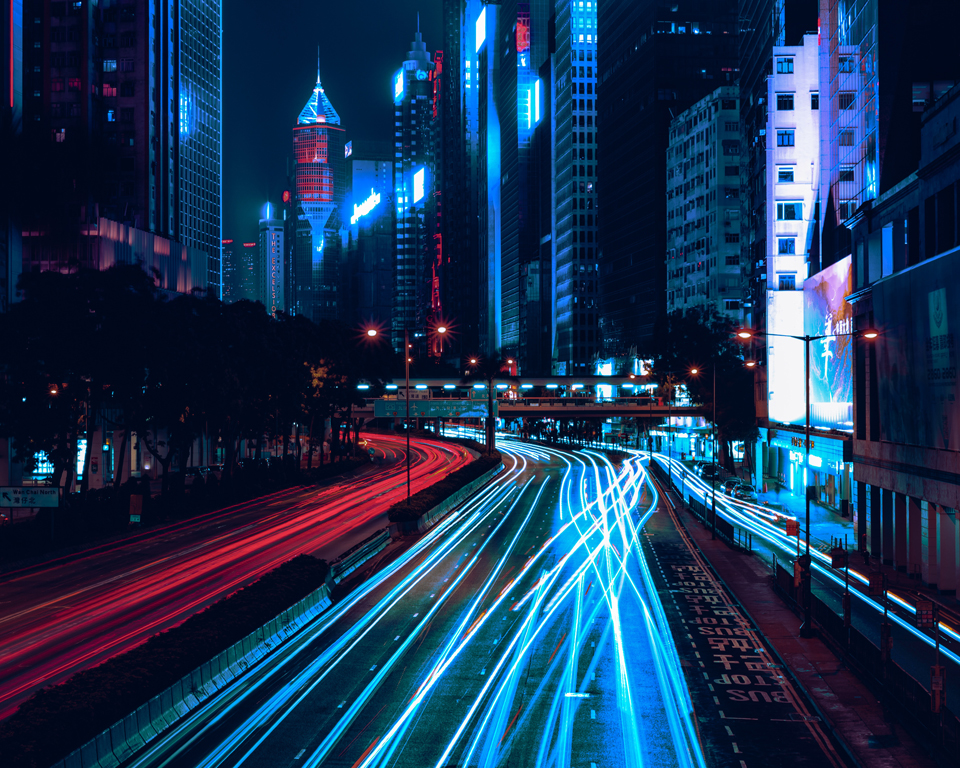 Futurist Ross Dawson on how greed can be good, polarisation bad, and those who don’t adapt will be left behind 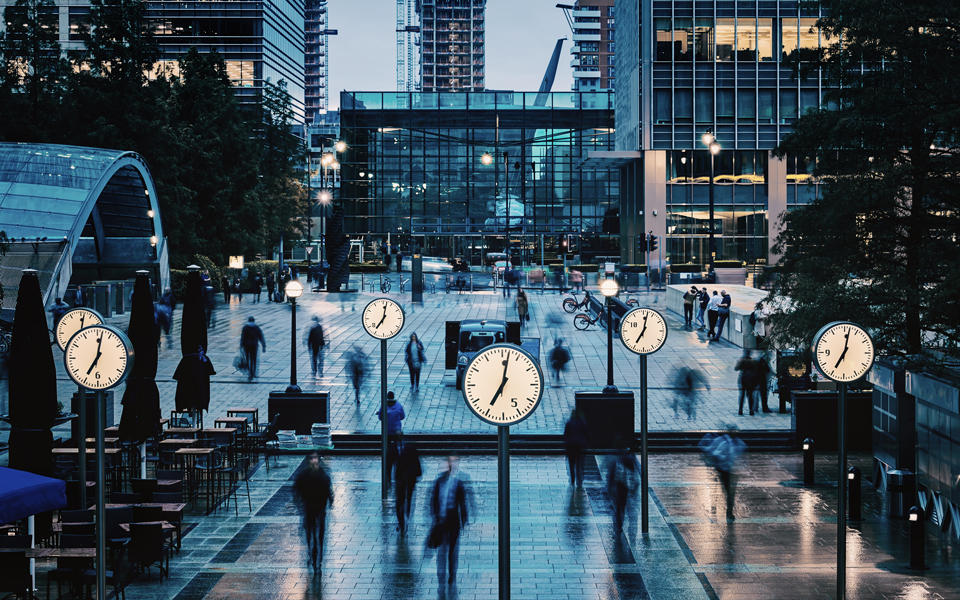 “It is intrinsically human to want to create, to invent, to make things beyond what we’ve had before, and there will be no end to this.” So says futurist, author, and strategist Ross Dawson, who advises global companies on make-or-break issues that ultimately shape the course of human progress.

As a specialist in executive education, Dawson steers management minds toward what we may not yet be able to fully see, yet dearly hope to achieve. He is Founding Chairman of the Future Exploration Network think tank, and of the Advanced Human Technologies publishing firm. We recently huddled with him to explore some of the most pressing concerns of the digital age.

Humans are natural inventors, driven by the need to create objects, situations, and social structures that make life easier or more pleasant. But, Ross Dawson cautioned, that creative force exists in tandem with natural avarice. “It is intrinsically human to compete, it is intrinsically human to want more, and whilst many religions and social mediums have tried to teach us to be satisfied with what we want — and that’s a good direction that we should not always be striving for material things — part of what it is to be human is to want more. A major part of human evolution now is how we understand what it is to be human in our greed, in our desire for more, and to be able to temper that and transcend that in ways on an individual and social level so that we can indeed create better lives, not ones where we simply have more.”

The Human Need for Speed

Because we access information more quickly than ever before, the speed at which we are creating is accelerating to the point where evolving technologies are actually “cheating on themselves,” as Ross Dawson put it. “The explosion of sensors and information flowing through enabled by greater connectivity, and then feeding into machine learning algorithms, with the algorithms then being able to literally create better versions of themselves — all of these are ways technology is not just progressing in its own right at exponential rates, but feeding on each other to be able to create at even faster rates,” he pointed out.

On top of that, the way we perceive change is in a state of flux. With the swipe of a finger, in minutes we access information that just a decade ago might have taken us hours to locate, aggregate, read, and digest. Smartphones deliver news with startling immediacy, for better or worse.  As that pace quickens, one trend Dawson is tracking is what he describes as the divergence of performance within organizations. Simply put, as change happens more quickly, organizations that don’t change fast enough get left behind, and only the very top performers scoop up the opportunities and benefits of change.

“Organizations are succeeding faster than ever before, and organizations are failing more quickly than ever before. So, our perception of time is quite different. We have a human perception of the future that is tracking so that we now have greater uncertainty, with many unexpected things happening over the last decade, so that we feel as individuals and societies that we live in uncertain times. We feel that uncertainty. We feel that acceleration of change.”

As has always been the case in business, alacrity breeds control: Industry’s top performers reap the rewards of change, get to set the overall business narrative, and exploit carefully constructed biases for their benefit. What’s new, however, is the speed at which those cognitive biases are formed, reinforced, introduced to the wider world, and normalized, for good or ill.

“We look for those things that support our opinions and shut out those things which contradict our ways of looking at the world,” he confirmed. “Through the proliferation of information, people are now not so much getting a broader perspective on a view, but having more and more ability to reinforce their biases, whatever those biases may be. There is no such thing as an objective human.”

Polar Opposition in a Changing World

Without a doubt we are learning more about our place in the world, but, as Dawson noted, “It will take time for us to actively learn what these lessons are, and we need to understand that. One specific thing we have learned, though, is that we have been able to reverse-engineer human thinking. We are able to alter and adjust and find ways to impact the way people perceive things and make decisions.”

One of the biggest forces Ross Dawson sees shaping the world in this moment is polarisation. While the constant influx of information helps individuals with certain personalities reinforce existing ways of thinking, the reverse is also true: People who are more open tend to broaden their perspectives and be receptive to other ways of thinking and being in the world. “We need to find ways in which we can reach or touch those who now have found a way to more actively reinforce their biases or positions and particular view of the world,” he said.

Polarisation exists, he stressed, “on many levels, including wealth, political, or social polarisation, access to health or life extension technology, in terms of social attitudes. I think there can be reconciliation and integration of these two sides, but that’s not happening at the moment. We are seeing the pulling apart.”

Navigating our lives through these tectonic shifts caused by the speed of change is profoundly uncomfortable, and we have choices in the way we process and integrate even the smallest of revolutionary ideas. Dawson stressed, “If we are closing ourselves off to ideas, that’s not just a political statement. In terms of our livelihoods, whether it’s our personal careers or our business, if we are not seeing change that we are not looking for, we will not succeed.”

Attitudinal Shifts and the Promise of Tomorrow 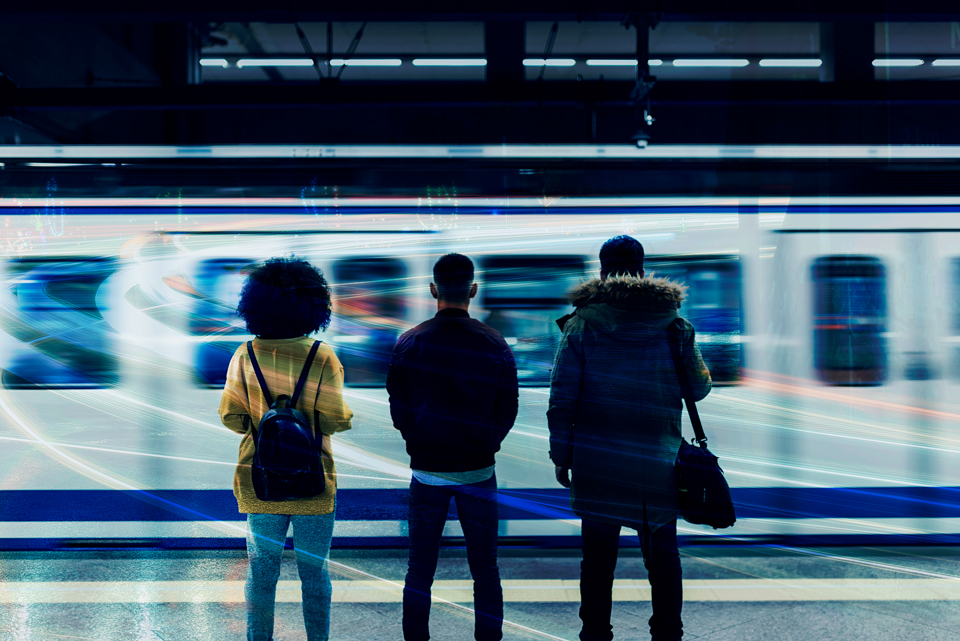 “The world is changing faster and faster, and we will continue doing things that no longer have relevance in a changing world. We need to actively seek to be open to other ideas, other possibilities, and be able to adjust our thinking. If any of us stay on a steady path we will be blindsided by forces of change.

“Another characteristic that I think is important to engender is that of excitement. As the world is accelerating, as we are seeing more change, there are two fundamental human emotions that we can experience. One is fear, and the other is excitement. Hopefully we all feel both.

“We should be a little bit afraid of change because it makes us then respond to it. There is a value to worrying, because we don’t take action unless we are worried. But the more positive response is to be excited about possibilities.”

That, Ross Dawson posits, is the difference between optimism and pessimism. Optimistic thinking leaves the door open to positive change; a pessimistic view keeps that door securely fastened.

“Those who are pessimists believe that inevitably things are going to go wrong. If you’re a pessimist, then you’re not going to take the action that might move things in the right direction. Some people would say, ‘I’m a realist,’ but as I said before there’s no such thing as objectivity.”

Optimism’s promise is not of a perfect world where everything runs smoothly and for the benefit of all, but in believing that positive action taken today can lead to positive outcomes tomorrow.

”That dream of being an optimist is not one of saying blindly, ‘Yes, the world is going to be wonderful,’ but believing that if we take the right action today, we can create a better future. As to what those actions are, I have many thoughts on that, as do many others, but the issue is actually believing that if we continue trying and work hard at it, we can move towards a better, more inclusive, happier, and prosperous society. In a broader sense, that’s what we are all aligned on. It is in fact our attitudes that shape our ability to be able to create that better future.”