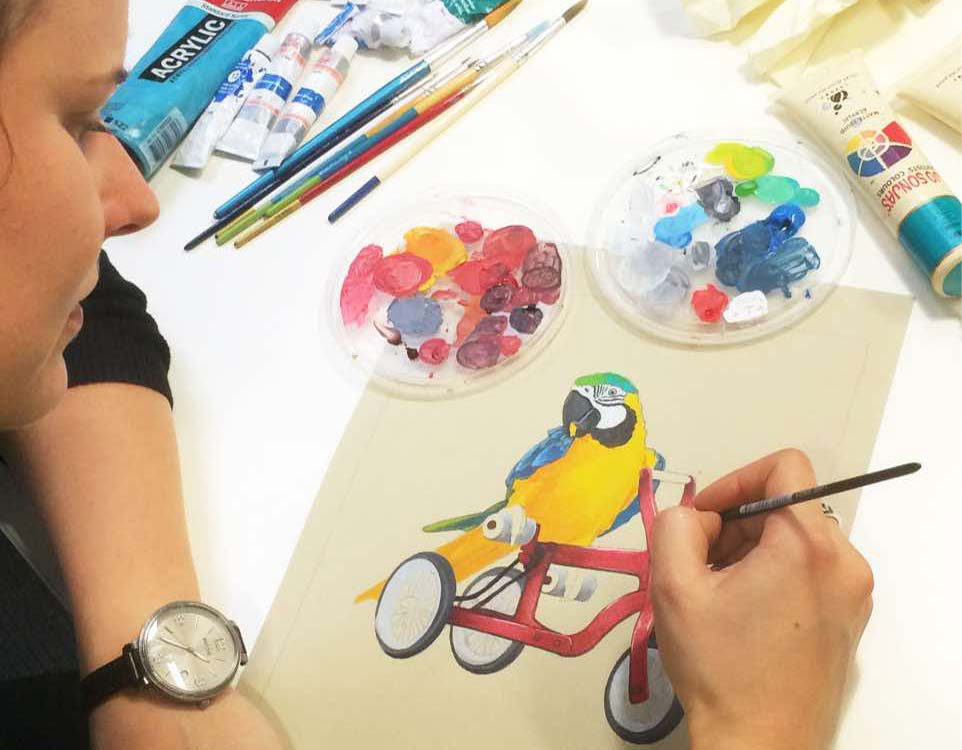 Independent artists find a global platform for expression in Redbubble, and the results are delightful all around. 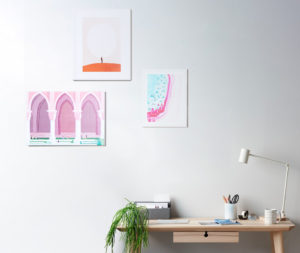 There’s never been a better time to be an independent artist or hobbyist on the hunt for an audience. There’s a plethora of online marketplaces that have developed platforms for creative folks to share what they love, have their work appreciated, and be compensated for their efforts.

As the most powerful platform in the space today, Redbubble is the darling of artists and consumers alike. Their support for independent creators goes beyond merely providing a place for goods to be displayed and sold; the Melbourne-based company takes care of order fulfilment, shipping, returns, and licensing issues so that artists can focus on the joy of expression and sharing their enthusiasm and passions with others.

Redbubble’s “three-sided marketplace” differentiation is paying off for the publicly traded firm, which in August of this year reported an operating EBITDA profit of $5.1 million. Since the company’s 2006 launch, participating artists have earned over $150 million from the sales of their designs on Redbubble platforms, which includes TeePublic, a US-based online marketplace specialising in pop culture apparel and accessories created by independent artists that was acquired by Redbubble last year.

“We had over half a million artists sell on our site last year,” reported Redbubble CFO Emma Clark. “The number of artists that come to our platform has consistently grown at over 35% per annum. If you are an artist and you're looking for a place to post and sell your work, Redbubble has clearly become the biggest place that you can actually do that.” 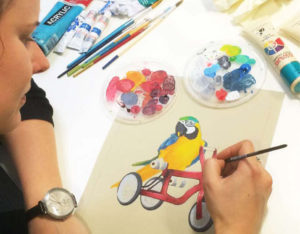 Three legs are better than two

In the last financial year alone, 6.8 million unique Redbubble customers bought roughly 4.1 million different designs and creative works appearing on 9.4 million unique items. Redbubble’s emphasis on providing a large range of products is a significant contributor to demand. With 117 different product types that range from apparel to housewares and wall art, Redbubble leverages a network of third party fulfilment experts that operate more than 41 different production centers in North America, the UK, Europe, and Australia. They are continuing to build out their fulfiller network, improving local sourcing and reducing delivery times.

Departing from other models, like Etsy, where artists are responsible for procurement, fulfilment, and returns, is a distinct benefit. “There's two advantages of having our marketplace model. One is that we have a better chance of guaranteeing consistently good customer experience,” Clark noted. When artists have to procure products, they aren’t able to guarantee that the quality of the product or image being printed on that product will be consistent. “We control that throughout our fulfilment network. When we make a claim about what a product is supposed to look like, the network helps us back up that claim.”

The company mandates that third-party suppliers and partners ensure safe working conditions, treat workers with respect and dignity, and minimise environmental impacts. “Redbubble has a somewhat unique corporate culture in the sense that we are very motivated to do social good in the world. We're very committed to making life better for artists and for our fulfillers and their parties. It's not in our best interest to push them to the wall in terms of price and have them not make money. That’s not a good long-term strategy. We want everyone in the marketplace to make a sustainable return.

An example of that positive difference is the relationship with fulfilment partners at peak seasons, such as Christmas. “We will work together on what the holiday volumes could look like and ensure that we pay a fair amount that reflects, that it's their peak, and they need to bring in additional labor to fulfil higher volumes,” she said.

In another significant departure from other marketplaces, Redbubble lets artists set their own commission rates. “We have a base price for a product that Redbubble sells and the artist commission goes on top of that. It’s set at default 20%, and artists have the ability to set different rates based on what they think their work should command.”

The barriers to entry in the online marketplace space are notoriously low, given the availability and ease of use of modern technology. So why aren’t there more Redbubble clones out there? As Clark put it, it’s all a matter of scalability. “You get either too many artists who then can't sell because there aren't enough customers, or you get too many customers who don't find what they actually want on the platform because there aren’t enough artists or content for them to buy. If you can’t fulfil orders in a decent manner the whole thing falls apart as well.

“Continually getting scale is therefore a delicate balancing act and most marketplaces can’t do it. Most platforms like ours fail at $10 million in annual sales. They have growth stall on one side, or run into content issues.” Redbubble has been able to sign a treasure trove of license agreements from the likes of NBC Universal and Cartoon Network. This removes concerns about the improper use of licensed content for those brands, while letting artists create content for them, which makes the platform very special to fan artists.

“We are turning something that could be a substantial disadvantage into an innovative advantage,” Clark said. “It’s a way to give the artist the ability to create licensed content with the blessing of the license holder. Obviously that content is exclusive to Redbubble because it's as a result of our agreement with the license holder.”

As much as anything else, Redbubble is all about giving artists and creators new pathways to expression and the potential to make more than just pocket money for their hearts’ work. “It’s fantastic,” Clark enthused. That’s the perfect wording to describe a business whose mission is bringing more creativity into the world.

Redbubble begins with over 700,000 independent artists. A global community of creatives making everyday products weirdly meaningful. A shirt with an evil cat. A phone case with a galloping donut. Whatever your thing, Redbubble has uncommon designs that smack you right in the heart. We’re passionate, imaginative, and a bit offbeat. An inspired mix that’s helped us consistently grow revenues since 2006.

We work in Melbourne, San Francisco, and Berlin. We take our values seriously. We work hard to build open minded, open hearted teams. Teams who reflect a diversity of experience, identity, perspective, and background. Bringing more creativity into the world? It takes all the crayons in the box. Differences that help us create a healthy work culture and more engaging marketplace for our artists and customers. 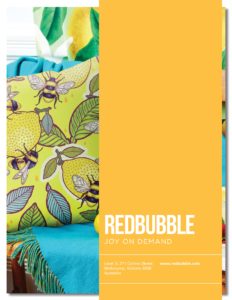