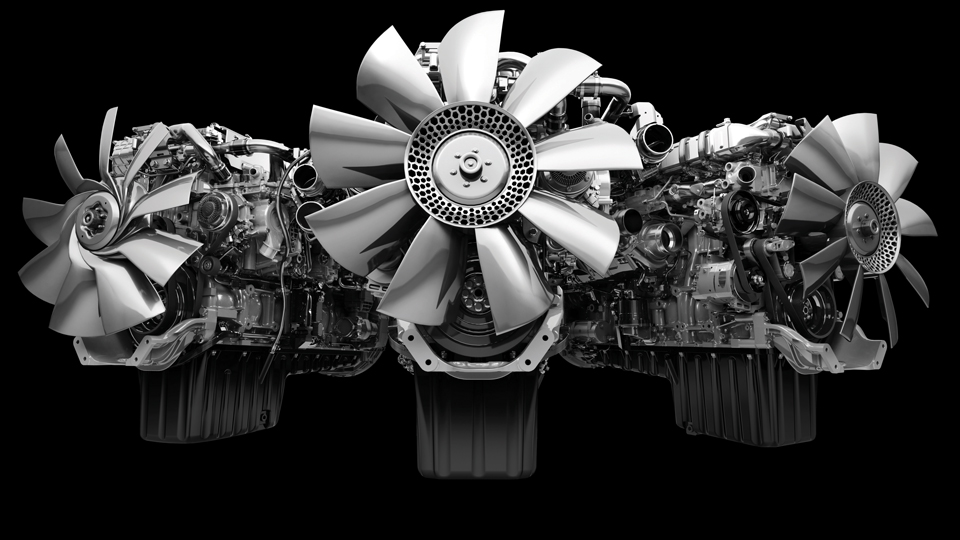 Penske Power Systems is the Not-So-Little Engine Manufacturer that Could — and Does.

If you're an auto racing fan, you know DJR Team Penske and the breathtaking performance they deliver on the track. The Penske brand is familiar to fans and automobile enthusiasts around the world, but what may not be so readily apparent is the pure force of Australia’s Penske Power Systems division, which we guarantee will take your breath away.

The product of a global joint venture in 2014, PPS brought together two giants in engineering: from Rolls Royce, their MTU brand of high and medium speed diesel and gas engines, and from Daimler, the world renowned Detroit engine brand. PPS also boasts a robust commercial vehicle business and several allied brands.

With almost 800 employees in 16 branches throughout Australia and New Zealand, the enterprise is on the fast track, doubling its revenue from $250 million in 2014 to a current run rate of $500 million annually.

“We're clearly doing some things right,” admitted the company’s Managing Director, Hamish Christie-Johnston. “We're focussing on customers who are continuing to come back to us and we've got new customers that we keep bringing on board, so we're very excited about the growth we've had and our prospects for the future.” 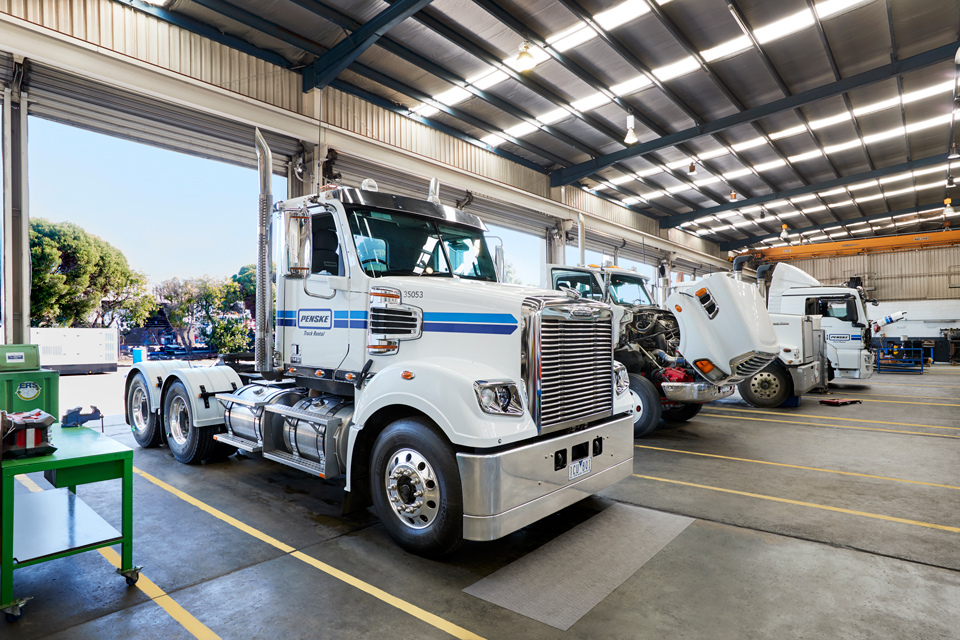 Volume-wise, road transport is the largest key market that the firm serves. PPS exclusively distributes the legendary Detroit brand of heavy-duty diesel engines, known worldwide for their proven reliability and performance. The engines are typically used to power commercial trucks designed for off- and on-highway work.

Additionally, PPS is the longest serving distributor of the Allison Transmission brand, a leading manufacturer of automatic transmissions for medium and heavy duty commercial vehicles.

The final feather in its cap is the MTU brand that is distributed by PPS with the mining sector a robust market for the large MTU diesel engines. The German engineered behemoths are used by the largest mining equipment manufacturers in the world, including Hitachi, Liebherr, and others.

Mining equipment manufacturers put MTU engines in the massive trucks, excavators, and wheel loaders used in mining and Penske Power Systems provides support for these prime movers throughout Australia’s mining regions. “It's a very big segment for us. We've got about 700 large engines in service in the mining segment in Australia, and they're producing thousands of horsepower to drive these very large vehicles,” he said.

In mining, ultra class hauling trucks with payload capacities over 360 tonnes (400 tons) are a frequent sight, and MTU engines serve up the power to keep them on the job. “The gross vehicle weight of a loaded ultra class truck is greater than an A380 Airbus,” he revealed. That’s over 600 tonnes of combined weight between truck and payload. Penske also supplies the dual engines needed to power 800 tonne excavators, and service those engines in the field.

“We have people that fly into those remote mine sites to provide on-site service, and we have branches supporting the key mining regions,” he explained.

PPS is also a major presence in the defence sector, predominately with the MTU brand of large diesel engines. “Our involvement with defence is with the propulsion systems for naval vessels, land-based armoured personnel carriers, and reconnaissance vehicles,” Christie-Johnston explained. MTU engines power the ships, which are built in-country by international OEMs. PPS also provides engine servicing and overhaul when and where it’s needed.

“For the Royal Australian Navy, we remanufacture the propulsion engines for the current ANZAC frigates and Armidale Class Patrol Boats at our centres in Sydney and Perth. Our engines are also being fitted into the new Offshore Patrol Vessels which are currently being built in Adelaide.

"Furthermore, the Hunter Class frigates, designed to replace the ANZAC frigates, will be powered by a combined diesel-electric or gas (CODLOG) propulsion system. It will integrate two electric motors and four high-speed MTU diesel generators, as well as a Rolls-Royce MT30 gas turbine and two fixed-pitch propellers.

“It’s certainly been a great success for us to be involved with these important contracts,” he continued. “We are also involved with some of the other programs which are currently being developed including the new Attack Class submarines.”

PPS is currently engaged with the RAN and BAE Systems to upgrade mechanical engines in the existing frigate fleet to electronic engine management systems. “That makes the ship more reliable and develops more power, allowing the vessels to travel faster. In this case, the big advantage is that they can travel faster on diesel propulsion rather than using the gas turbines. That saves fuel and a lot of the operating cost for the vessel.

“It’s been a terrific program. One of our engineers went to Germany to work on the design for that solution, and since we finalized that, we've been upgrading the vessels progressively to meet that design. That's an example of how we work with our existing customers to give them better outcomes.”

The Power to Energise 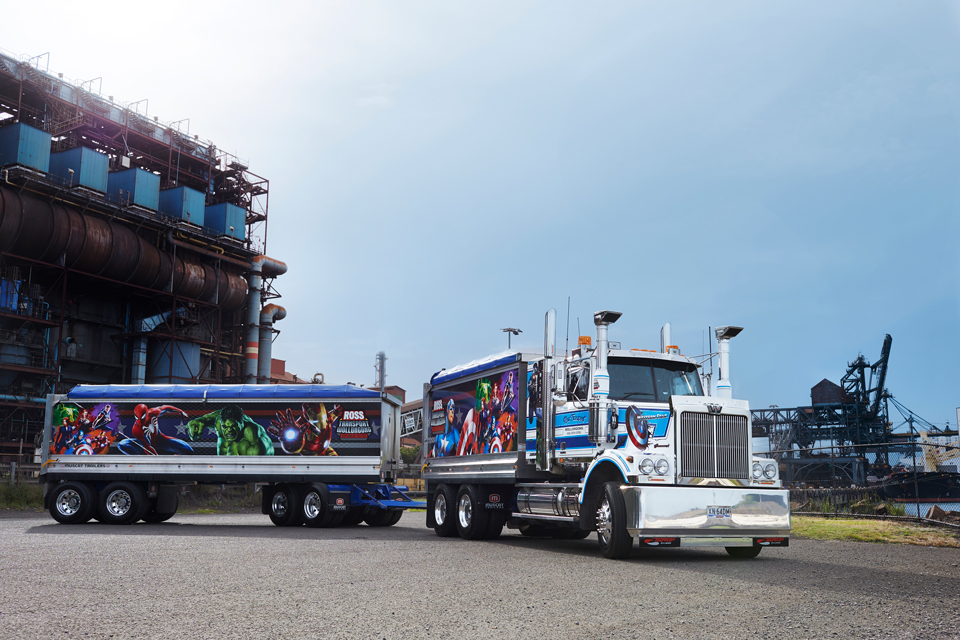 Generating power with diesel, gas, or hybrid engines is another PPS specialty. As Christie-Johnston put it, “Hybrid solutions bring together combinations of engines, renewable sources such as wind and solar, and some battery storage for stabilisation of microgrids. Our energy solutions business focuses on prime power for remote sites. Those are typically remote communities or mining operations that are off the grid.

“We are also very strong with what we call critical standby applications, providing standby power in hospitals, data centres, and military bases, for example. If the grid power supply is lost for whatever reason, it's vital that these sorts of facilities can immediately have a backup source of power. We provide standby power generation for those applications.”

Emerging hybrid power generation systems that combine renewables and reciprocating engines are generating excitement as well as growth. Those are taking us through quite a bit of change as the world evolves its generation of power using different sources,” he confirmed.

The rail industry benefits from the capacity of MTU’s locomotive engines, too. Approximately 100 heavy duty locomotives for haulage are currently in service, and the fleet of commuter trains with MTU solutions also continues to grow.

“This is not just a transaction style business. We have very deep long-lasting relationships, and very extensive expertise in the fields that we work in. That is part of our culture which is different from other companies, and that's an important thing to understand.”

After-sales support is built into the company’s DNA. “The markets that we work in are often mission-critical, from defence, power generation, to road transport of perishable goods for example. Because these activities are critical, we have an extremely deep engagement between the customers and our after-sales team. Our customers rely on us … a combination of demand and respect forms our reputation, and that comes with a lot of responsibility and accountability. That's something we take extremely seriously.” 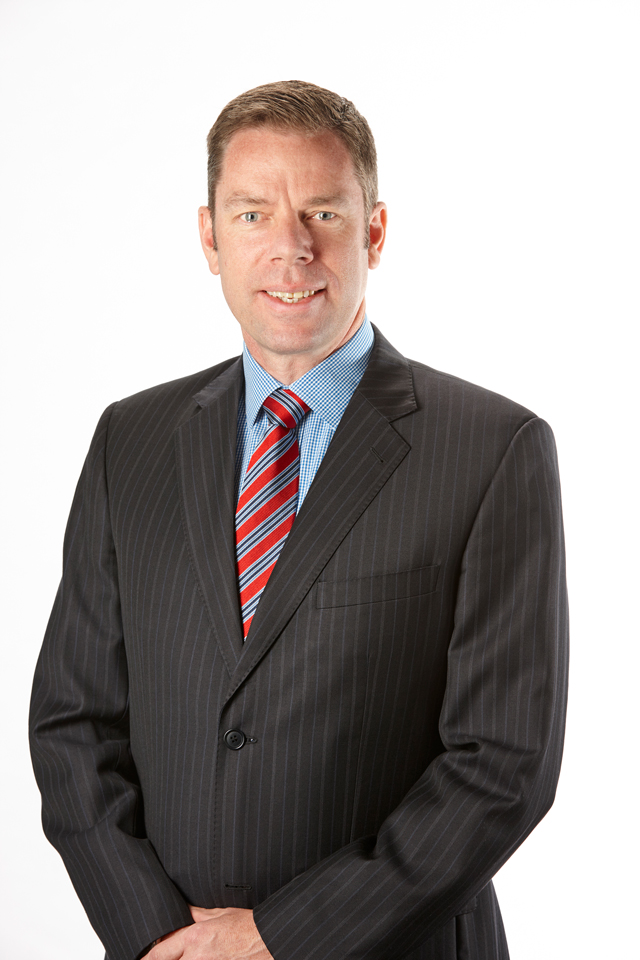 It starts with hiring the very best, and builds on that foundation of expertise, relationship building, and institutional knowledge that puts PPS ahead of the competition at every turn. “We were very fortunate when we bought the business,” Christie-Johnston noted. “There were a lot of good people already here that we had worked hard to retain and we were able to add to that team by bringing in new people with expertise but also an attitude and a way of doing business that is aligned with our values. We work very hard to develop and retain those people once they're here.

“That cascades through having great brands. We represent terrific brands coming from the world's best-known OEMs, so we're always very careful to ensure that we are providing great service and partnership to those OEMs, then very selectively bring new brands on that are complementary to the brands we already have. To have world-class brands is the second part of the Penske Way.”

Having great facilities is a boon to customers and employees alike. “Clearly, that’s important to our customers because that's where we are taking care of them and working on their equipment, but we’re also a great workplace for our employees, and that helps retention in the business. It helps to make them more productive when they're here or in the field, and that becomes part of our strategy for attracting and retaining the quality people we rely on.

“Driving repeat and referral business happens as a by-product of those first three steps. If you create an environment with great people, with the best brands, and working in world-class facilities, you're going to get outcomes that people are going to like and will come back for, and will mention to their colleagues and stimulate referral business.”

He added, “we live by the premise that the business is either growing or dying and the only way to grow is to get better. Nobody stands still in the marketplace; we need to constantly refine what we do and get better at what we do. That's the final piece of the Penske Way.”

PPS is particularly proud of its approach to engagement. “Our purpose statement is, ‘We power your success.’ That really speaks to our customers, employees, and business partners. It's a guiding light for what we do, and it puts us in a frame of mind to be listening to what our customers have to say and interpreting that, understanding it, and translating it into a plan that we execute and deliver.

“There's a whole dialogue we have with our customers, touch points that we call daily moments of truth. Every time a customer touches the business — whether they're buying parts over the counter, calling in for field service support, whenever our representatives are going out and meeting face-to-face with customers for a moment of truth, we ensure that experience is a positive one.”

At day’s end, the success of PPS is just the beginning. “We're at the start of our journey, and a lot of our aspirations are still a long way down the track,” Christie-Johnston mused. “We’ve achieved some early wins, and people within the business have got on board, so we feel we're on a good track.” 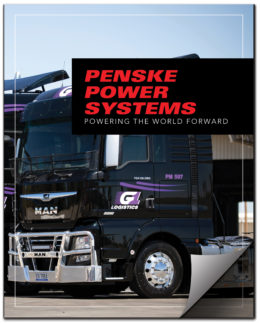 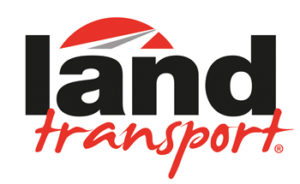