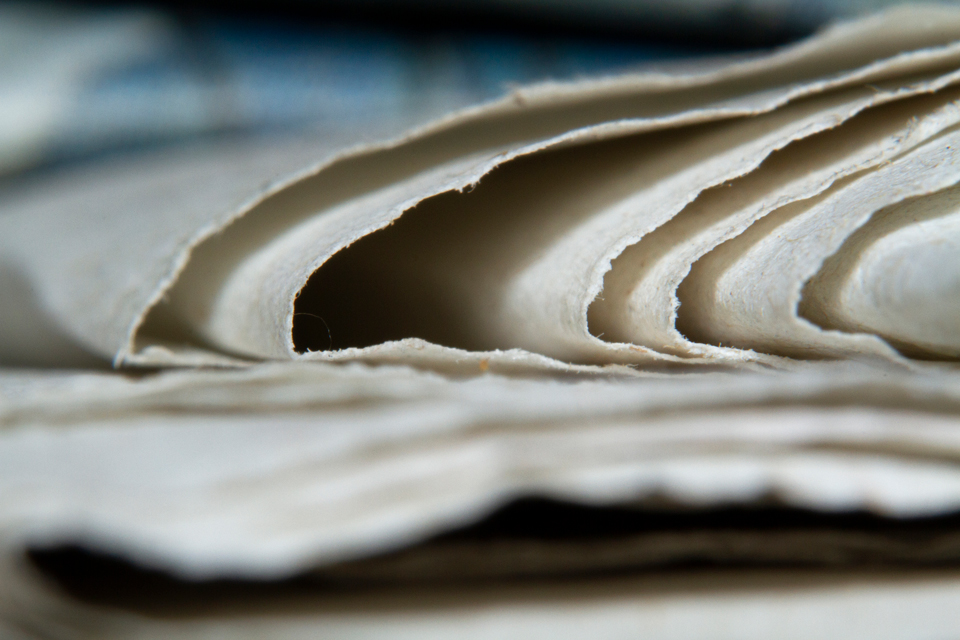 This is the first in a two-part series on paper.

“Day 1: The director of 6 Idjeru casts for Heliopolis in a transport boat to bring us food from Heliopolis while the elite is in Tura. Day 2: Inspector Merer spends the day with his troop hauling stones in Tura North; spending the night at Tura North.”

Although the prose is not the kind to make the heart beat faster, this excerpt is among the most profound in world history. That’s not strictly because of its content, although it’s not a bad place to start; after all, the stones Inspector Merer and his troop are hauling before crashing in Tura North for the night are destined for the Great Pyramid of Giza. Still, most compelling to us is the form. These words exist today on papyrus made 4,500 years ago. The Diary of Merer, as it’s known, is the oldest extant paper document in the world. 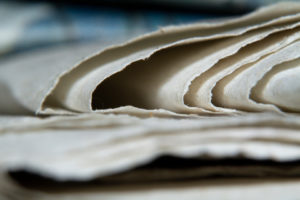 A purist might tell you that papyrus isn’t true paper, and they’d be right: The modern version of the stuff didn’t appear until turn-of-the-common-era China. But the shared etymology tells the story on the ground, which is that paper as a word and an idea is meant to be distinguished from stone, clay, or the bathroom wall in the great history of writing things down.

It was a major turn, one powerfully informed by lived reality. Think of a stone engraving, and thoughts usually turn towards death: a tombstone, a monument to the fallen, a marker of remembrance. The medium is pitched towards eternity, in both directions. But paper has always been meant as a living document, designed to take down our thoughts in the moment, and to be shared the same way. Its evanescence is its strength.

Today, that evanescence feels downright concrete: Cybersecurity experts frequently recommend writing passwords down on post-it notes rather than retaining digital copies that can be too easily disseminated or destroyed. In a world that is losing its physical presence completely, paper has come to occupy a place of permanence that is at odds with its relative fragility. It may not be stone, but neither is it cloud. 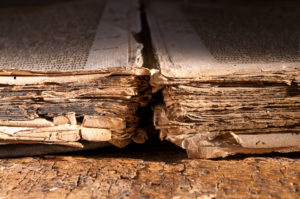 Books don’t last long, and neither do many paintings; extraordinary measures have been taken to preserve the paper-based artworks and archives of even the most recent centuries. They are especially vulnerable to fire, which is, on a long enough timeline, a virtual inevitability in most places on earth. But they are also vulnerable to the simple degradations of life: misplacement, wear and tear, desiccation, smudges, moisture—even light.

Riding to the rescue is a largely invisible science of paper conservation. So invisible, in fact, that most conservationists throughout history have not documented their own work, preferring to let a book’s new binding speak for itself. Today, such efforts are far more rigorous and painstaking. Archivists may remove mold with a surgical scalpel, gently steam off adhesives, or subject a book to a deep freeze to kill any microscopic organisms eating away at the delicate paper.

Outside the realm of archival science, though, the ubiquity and colloquialness of paper reign supreme. Nowhere was the intimacy of the written word with the medium more eloquently conveyed than by a recent incident in which, following toilet paper shortages, an Australian newspaper committed itself to filling the void by printing more issues.

The Darwin-based publication, NT News, saw it as a winking acknowledgement of the civic responsibility of the news media. “We are a newspaper known around the world who understands the needs of our readers,” its editor, Matt Williams, commented. “Territorians … are in great need of toilet paper right now so we had to deliver what they needed.” 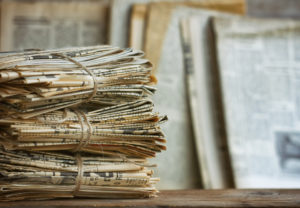 Paper carries this strange duality: high-minded or bodily, valuable or disposable, sacred or base. Paper has been used for bodily functions almost since its introduction in Han dynasty China, but add a few of the right words and it can be priceless. “Paper on which there are quotations or commentaries from Five Classics or the names of sages, I dare not use for toilet purposes,” wrote the scholar Yan Zhitui in the sixth century. Most of us would strongly agree with the sentiment today.

Some of our most sacred of cultural artifacts—scripture, art, money—are often functionally reducible to things made of paper. The destruction of a single sheet could mean inestimable loss. A picture on paper, in dollars, can be valued at almost a billion dollars, as the Mona Lisa is; its worth is far more profound than that. In the case of paper currency, destruction means directly removing actual, physical power over life and death from the world. And it’s made of the same stuff we use to clean our backsides. The sacred and the profane could have no more natural meeting place.

Only now, in the face of the digital revolution, is that duality losing its shape. Paper means less to us now, and with the digitisation of so much cultural history, its fragility is less of an animating issue than it once was. But as we read and live our way into a new era, paper retains its hold on our imaginations.

Join us for Part Two in our exploration of paper in the next issue of VENTURE.