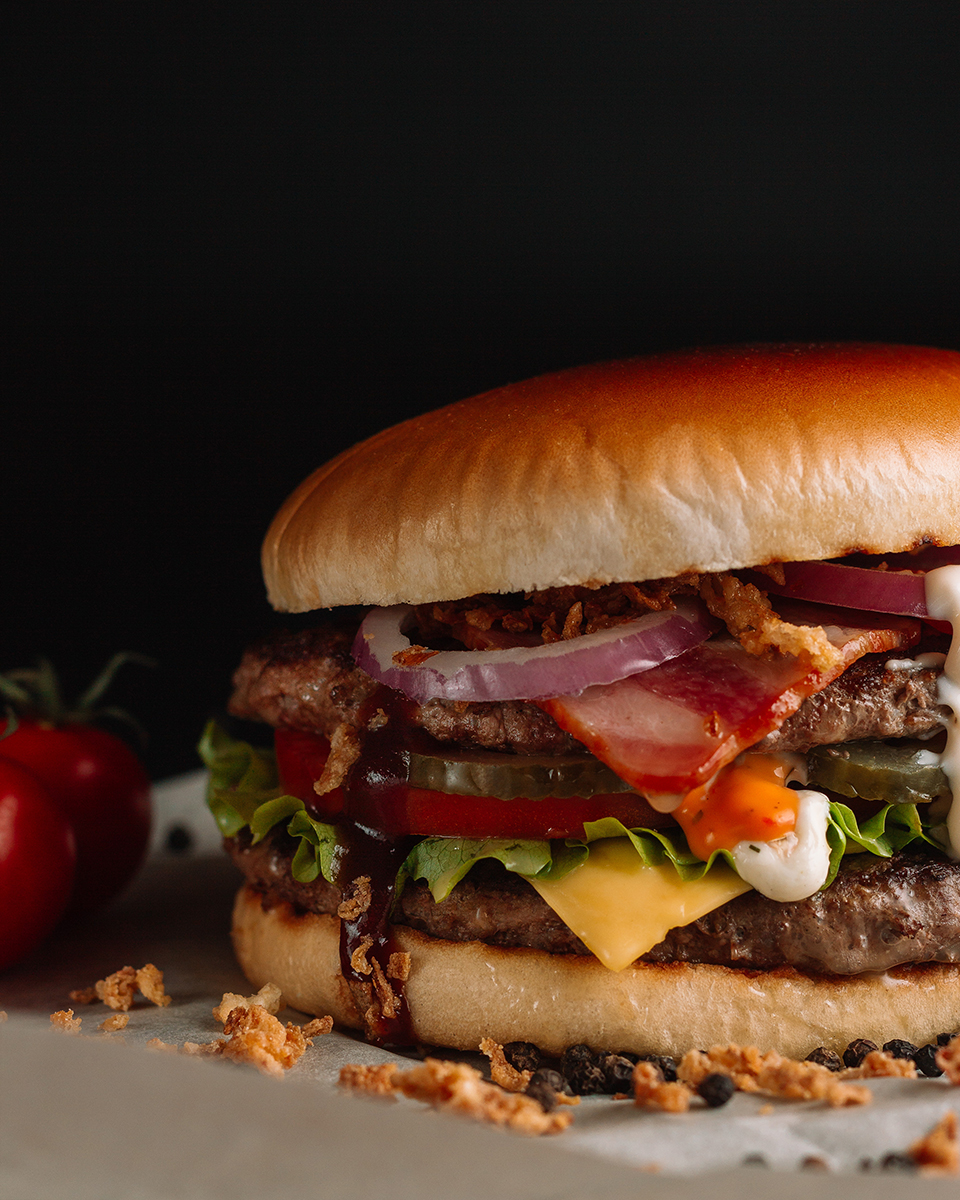 Fast food and the vegan soul

From its inception, fast food has had to contend with a central problem: It’s delicious.

This terrible deliciousness has plagued the body politic throughout its lifetime. From inescapably joyous children smitten with chicken nuggets, to over-pumped-up teenagers ravenous for late-night cheeseburgers, to consciousness-rising twentysomethings with a stubborn allegiance to a paper bag full of tacos, to wrung-out parents watching our children be smitten all over again, we always return to it. Like family itself, we may hate it, but we love it.

For the vegan member of that family—its lonely, soulful, Lisa Simpson voice—it’s a neon sign of what’s wrong with us. The empire of fast food puts it all front and center: It’s a leading contributor to heart disease, the No. 1 cause of death in the developed world; it’s matter-of-factly exploitative of its workforce, marking a cultural touchstone for lowest-rung labor (McJobs); and it’s cheerily dependent on lots and lots of meat—the production of which is a major factor in climate change.

None of that has changed in a long time. The contradiction remains. Things tend to go on the way they do—until they don’t. 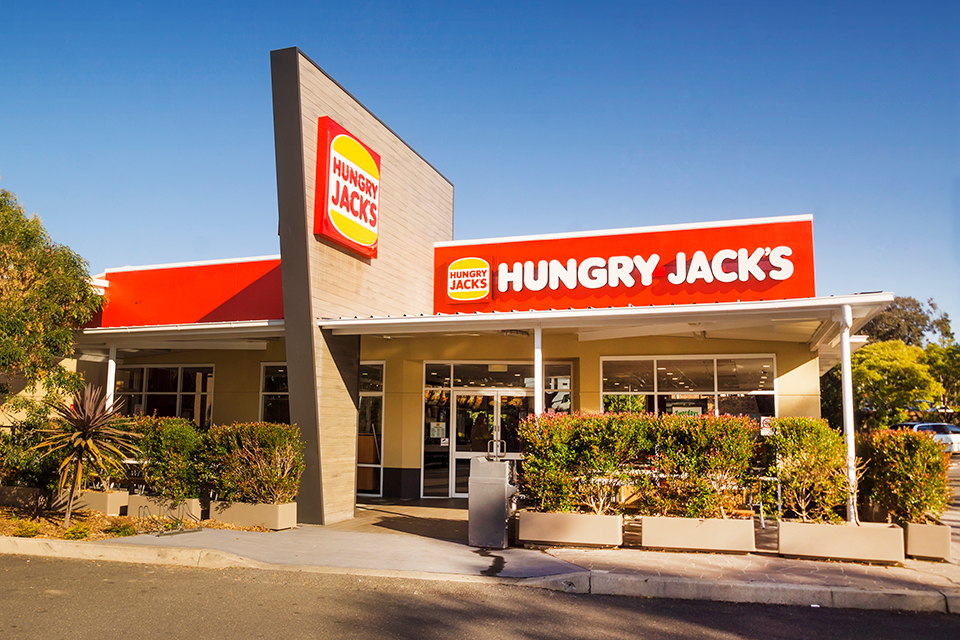 Last year, Burger King started a trial program in St. Louis for a new vegan offering in 59 locations. It wasn’t the first time that fast food chains had tried something like this. In Australia, Burger King’s equivalent, Hungry Jack’s, had long offered a vegan cheeseburger—made from corn, capsicum, carrot, and vegan cheese. Lisa Simpson has to eat something on road trips.

Two (related) things were different about this time, though. The new vegan burger was delicious—and people loved it. Following the trial—just five weeks after the first one was served—Burger King went wide, rolling out the new item to its more than 7,000 franchise locations across the US and Hungry Jack’s 400-plus locations in Australia. (Just don’t go looking for the corn-and-carrot burger anymore.)

Within the first month, Burger King saw its profits rise 28%—26% more than its golden arch-rival, McDonald’s, over the same period. There was also a 15% rise in unique customers; new people were trying Burger King. A month later, as demand continued to grow, a shortage arose. Impossible Foods, makers of the Impossible Burger, couldn’t keep up with demand. 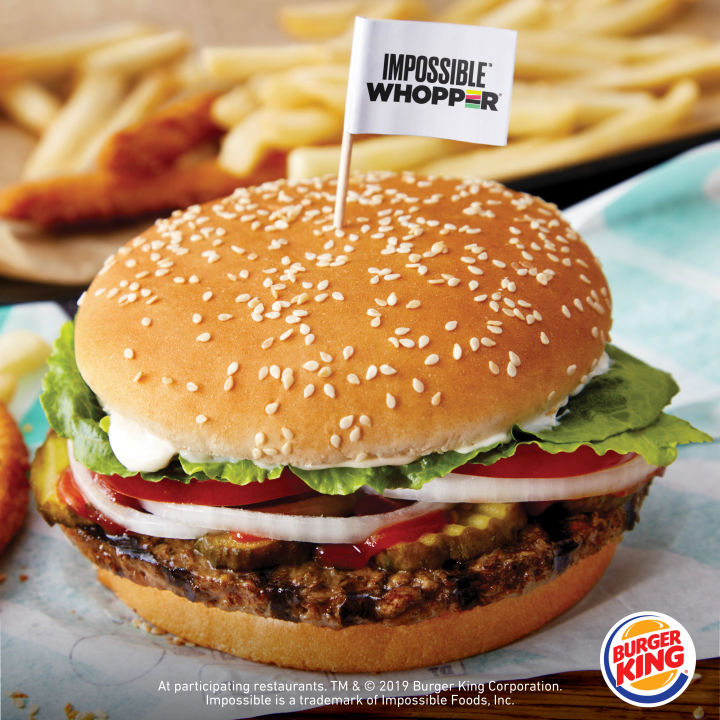 Burger King wasn’t the first chain to introduce the Impossible Burger; White Castle had done so a year earlier. As with many tipping points, the change had begun long before. Only the scale—and the rate of acceleration—had changed.

Since the coining of the term in 1944, veganism has been a passionate and vocal movement in food culture punching above its weight, but its purchase has always been small. Not till the 1980s was a scalable vegan diet rigorously supported by evidence, or broadly available; most vegans would acknowledge that a B12 supplement is necessary to the endeavor, and this wasn’t always easy to come by.

The vegan argument is strong. Children are born loving animals; in fact, ironically, they’re often drawn into the world of fast food by toys shaped like animals. Because of a long tradition of profit and pleasure at the expense of all else, we are taught from the very beginning that meat—like Gordon Gekko’s greed—is good. The production and consumption of meat is one of the main engines of the global economy. It’s how we live.

How we live, though, may not be how we’re going to keep living. On the individual level, meat is broadly—albeit controversially—linked to heart disease and certain cancers. Some of that controversy lies in the quantity of meat we eat. Small amounts may not significantly increase health risks. That said, most people who eat meat don’t eat small amounts. And when meat is such a central part of our diet, we’re unlikely to find room for the vegetables we need: just 5% of Australians eat enough of them.

The argument only gets stronger when we broaden our view. The world’s farmland is dominated by the production of meat and dairy—to the tune of 83% of the whole—and emits 60% of the sector’s greenhouse gases. Although it produces 37% of humanity’s protein and just 18% of its calories, it occupies a mind-boggling amount of land. An area a quarter of the size could feed the world—freeing up a land mass equivalent to China, the US, the European Union, and Australia combined.

Alongside all of this are two truths so fundamental that they’re hard to distinguish from whatever we conceive of to be the Good. First, guilt doesn’t work. And second, meat is delicious.

Our Souls at the Drive-Thru 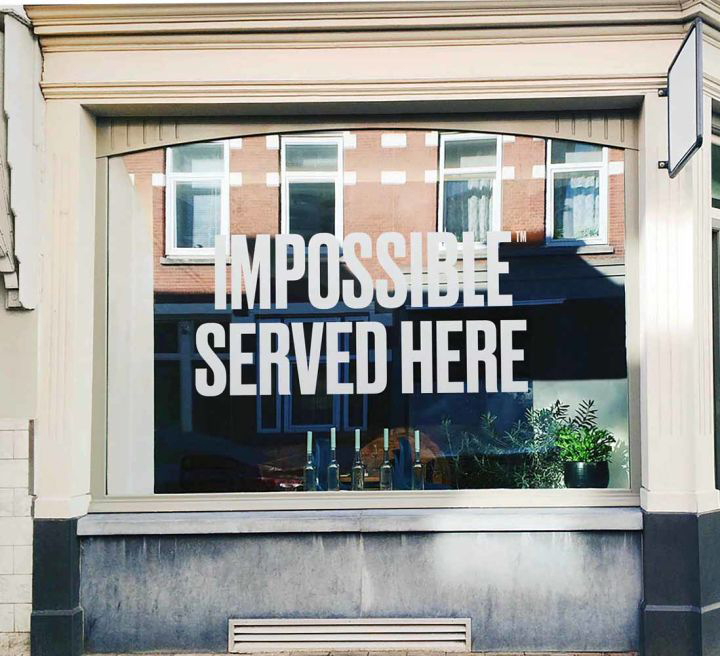 When the Impossible Burger hits the barbie, it will crackle as the flames touch it. Its surface will char beneath the heat. It will even bleed as it cooks.

Arriving at this was no simple thing. It was the achievement of chemists and technologists at the top of their game. The bleeding effect was achieved through the specialised genetic modification of a particular strand of yeast. The fat that sizzles through it is derived from coconut oil, and carefully integrated with a hyper-processed pea protein to give the texture of raw, fatty beef. It’s also loaded with salt, the overexpression of which is a hallmark of fast food.

That the industry would respond to this disruption may be surprising to some. Clearly, fast food has many long and carefully wrought relationships with meat suppliers. Yet it speaks to what truly moves the industry: an almost giddy enthusiasm for the possibilities of food science. Engineering and innovation have been at the core of the industry from the beginning—and game recognise game.

The fast food industry plays down the amount of technology that goes into your burger, because technology is not a value we like to associate with our food. This doesn’t change the fact that the existence of technology itself—of what we might call human civilisation—arises from our superheated desire to better the taste of our food. Promethean fire itself was first sought as a means of cooking meat. Our evolutionary allegiance to the combination of the two is not so surprising. We succeeded as a species because of it.

A million or so years later, fast food owes its success to the same principle: applying our technology to our food. With veganism bringing our souls closer to our bodies, we’ve managed to do the same thing again—but different.

Change comes in many forms, but always in the shape of those who make it. The innovation and popularity of something like the Impossible Burger are perfectly in character, not just for the fast food industry, but for the rowdy human family that both strives to be better and loves what they love.

Flame-grilled like any other whopper on a big old sesame bun, this is about as iconic a burger as you can find without the meat.

The Beyond Famous Star

A big gooey charbroiled patty with a dose of special sauce, it’s a hearty one-up on the typical fast food burger — and it’s entirely meat-free.

Harold and Kumar go vegan with America’s most gobble-able burger.

The crunchy, greasy little taco of all our late-night cravings — plant-based all the way. 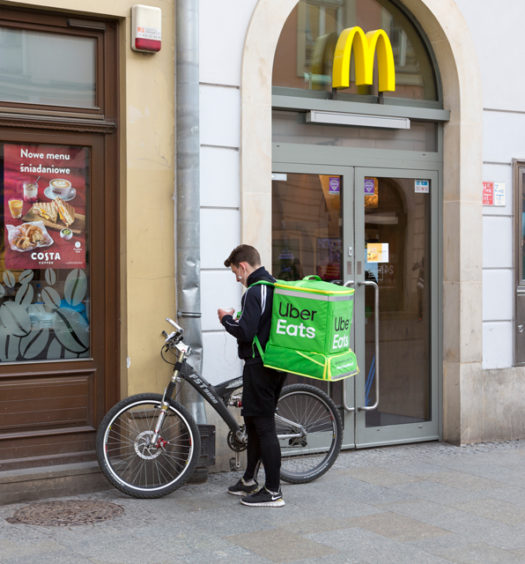