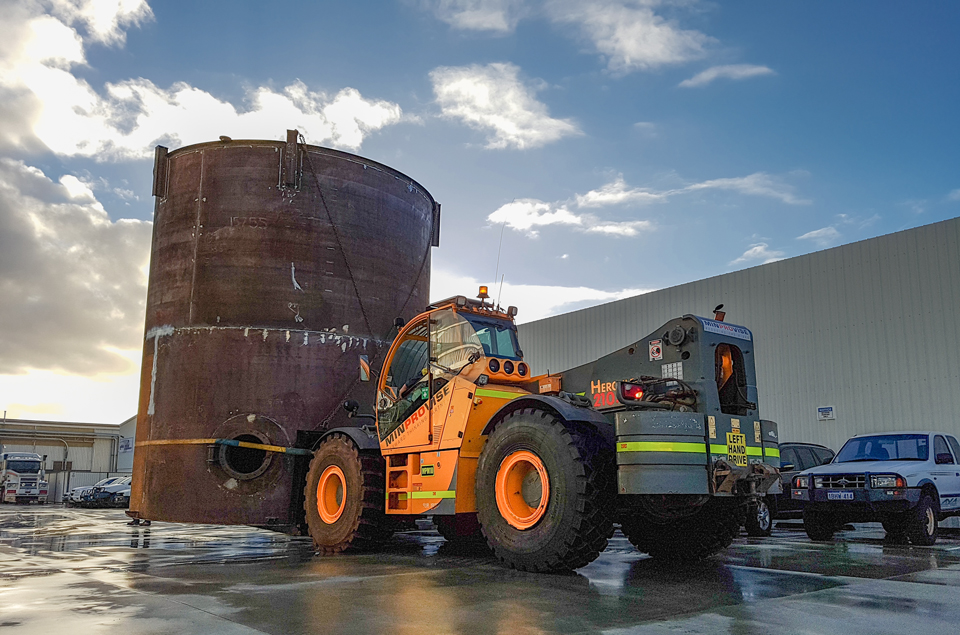 The Business of Doing Better

Minprovise are all about solving problems, not selling, and that’s what keeps the customers flocking

It’s the way that Minprovise go about their business that sets them apart. The focus is on the client’s needs and providing solutions, not just to earn a quick dollar.

“I still believe in the old way of doing business, which is face-to-face,” general manager Tony Sutton told VENTURE. “You need to build up a rapport with your customer. It’s not about price, and it can’t be transactional. It needs to be a mutual relationship between ourselves and the client.”

‘Business Is Still About People’

Take Sutton’s hypothetical of a customer looking to buy four widgets. “It’s about understanding what they are trying to achieve and then helping them achieve the value and the end goal as opposed to just selling them four widgets because four widgets might be worth X dollars. That’s just a transaction,” he said. “Our goal is to solve their problems. You typically don’t solve someone’s problems just by responding to an email around supplying four widgets. It’s a much bigger thing than that.”

That individualised approach extends to all of Minprovise’s 700 employees. “If you’ve got 700 people, they’re not all going to think like you, and you don’t want them to,” Sutton said. “There’s no one that has a mortgage over ideas, each person needs to grow in their role and bring something to the table. A lot of people have spent many years training to be engineers, fitters, boilermakers, welders, accountants, planners, and riggers, to name a few. They need to use that skill set from that training. You can buy a million-dollar machine; you still need somebody to operate it, fault-find it, repair it when it breaks down, and make it work efficiently. Business is still about people.”

That culture of trust and honesty is a big reason why many recruits are referred by existing Minprovise employees. “People aren’t going to refer if they don’t believe the person they’re referring is going to be up for the role and fit into the culture,” he said. “By the same token, they’re not going to refer us to their mates to work in a company if it doesn’t have a good culture. It’s a two-way street.”

By focussing on solving problems rather than how much money they can make, Minprovise have been able to revolutionise the way some of their clients operate. For example, one client had been relying on an original equipment manufacturer to do the major overhaul of their apron feeders. Minprovise asked the client if it could bid on the work, then had five managers come to the site and take a look and work out a more efficient and safer way to undertake the works

“The outcome of that was we won the work,” Sutton said. “It used to be a nine-day job. We did it in seven days, and that is now the norm for undertaking that work. Every time it gets done now it’s a seven-day job, not a nine-day job. You’re looking at a reduction of invoicing, but for the client you’re looking at two days of additional production in that mine site. Also because this job is always a critical path job, there’s two days less shutdown requirement for 600 people, so the total shutdown cost is lower across the board. That’s quite a big financial benefit.”

Sutton prides himself on Minprovise’s self-sufficiency, which allows clients to work with just one company on a project, keeping things simple. “We can handle the project from the beginning to the end. We can undertake the design process, we can manufacture it, we can install it, we can run the equipment if the client so desires,” he said.

In addition to Minprovise’s 13,000 sqm facility in Welshpool, they have opened a 1000-sqm workshop in Karratha that will provide even more service to clients and add local jobs in the Pilbara.

“It’s conveniently located close to the Dampier Peninsula and able to support the mines in Pannawonica through to Port Hedland and across to Tom Price very, very easily,” Sutton said. “The good thing is that it will provide further employment in Karratha. We’d like to have a base work team of 30-plus people in that facility before the end of this financial year. It’ll undertake fabrication, machining, scaffolding, and fitting works. We will also undertake corrosion control works from the facility.” 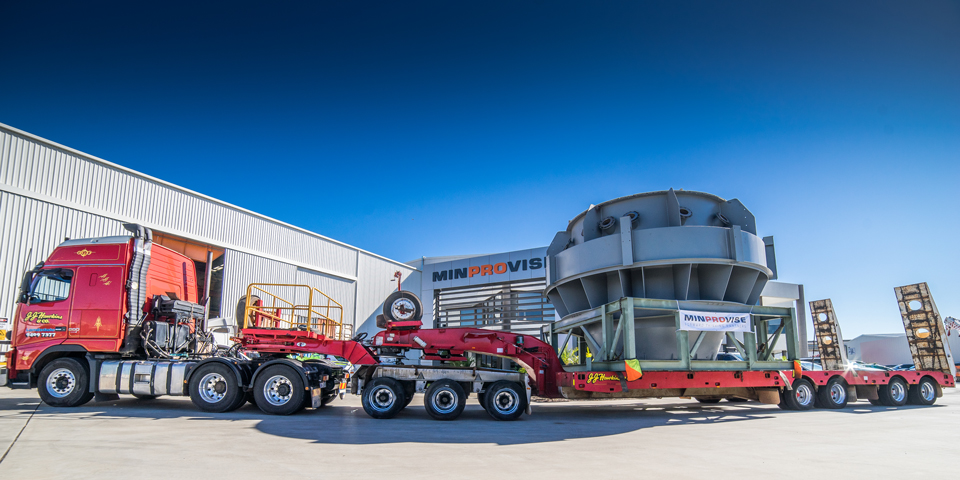 Apprentices at the Karratha facility will come from the Graham (Polly) Farmer Foundation, which provides academic and career services for Aboriginal students, and Karratha Senior High School. It’s just part of Minprovise’s commitment to the communities in which it operates. Sutton recently spent three days at the Port Walcott Yachting Club’s fishing extravaganza, for which Minprovise was the title sponsor. Of the 270 participants, 62 were junior anglers. Minprovise also sponsor youth cricket in Karratha and Tom Price, and junior rugby league in Paraburdoo.

“Whenever there’s an opportunity to support children’s activities, that’s what we look at. We try to do that specifically in the areas we’re working. That can be Pannawonica, Tom Price, Karratha, Cape Lambert, Wickham, numerous places.”

In everything they do, Sutton said, Minprovise try to be upfront and truthful at all levels so relationships become partnerships instead of simply customer-vendor.

Whether it’s machining, fitting works, fabrication, site maintenance, crushers, or widgets, the community can put their trust in Minprovise in our support.

We have a highly skilled site services team that specialises in the service of, fixed plant and bulk materials handling equipment. Our facilities, staff and tooling are based around these activities, resulting in a high level of safety, quality of workmanship, experience and efficiencies to get the job done to the highest standard. In addition to our planning and resourcing capabilities, we also boast a dedicated engineering and design team with 2D and 3D capabilities, along with 360 degree Laser Scanning.

Our complete and expansive list of services and product offerings includes:

We partner withseveral leading brands including: 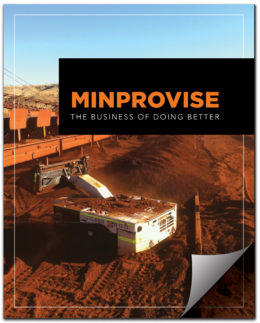