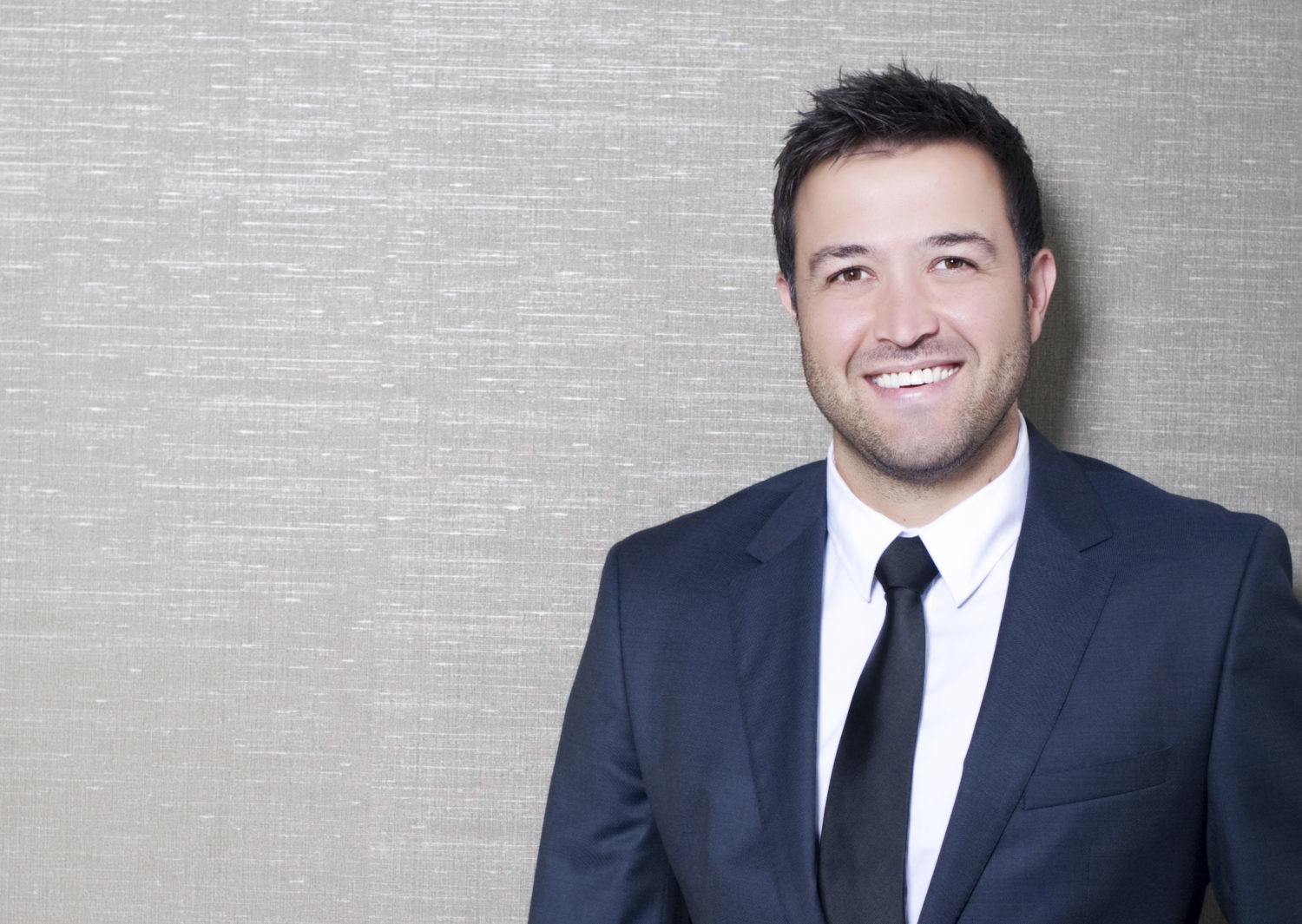 See how he came up with a new model for mentorship, as well as how Martinez hopes to help the CEOs looking to take their businesses to the next level. 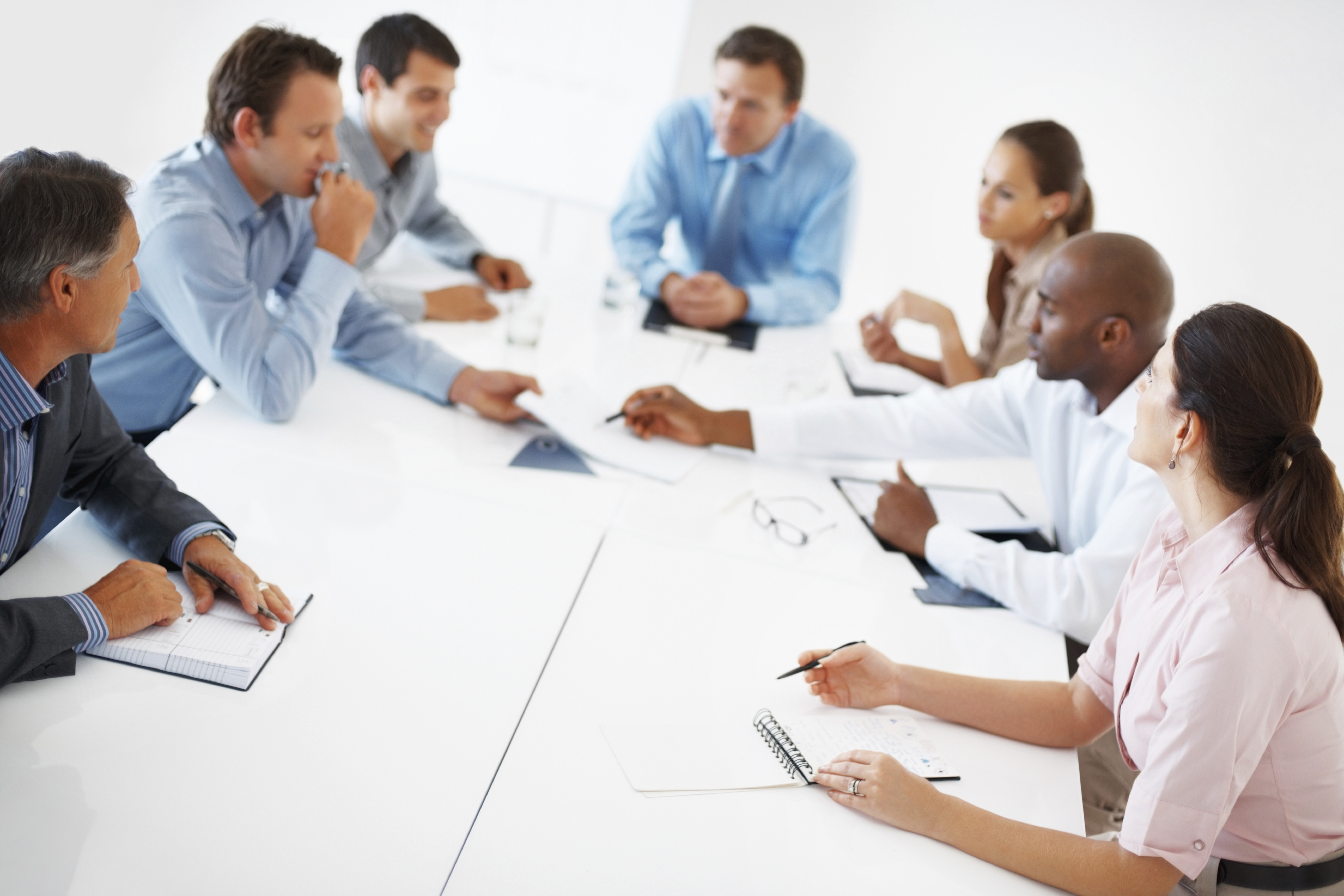 Where does your passion for your job come from? Can you trace it back to that elusive childhood dream, or maybe to the moment you fell in love with a career or an industry? Maybe, like me, you were told a few too many times that you would never be good at something. Stubborn folks don’t like hearing that.

Passion is important in your career. If you aren’t doing work you’re passionate about, then you could be spending at least a third of your day something you could care less about to maybe earn enough money to pay the bills.

But passion isn’t everything, and as Martin Martinez shared with us, it’s not enough to make you successful. You have to have the mission and vision ﬁgured out, and be willing to work for it.

This little nugget of wisdom came at the end of our conversation, which was full of advice for potential or current business owners and showcased his newest venture, The Boardroom.

“I come from a family of entrepreneurs—people who wanted a better future and did whatever it took to get there,” Martinez said. His family immigrated to Spain from South America during his infancy, and were world travellers until settling down in Australia.

“They had an energy in them to better themselves. They instilled a belief in me that ﬁnding a job—rather than creating one for yourself—was never going to change your life signiﬁcantly.”

Martinez learned quickly that he valued his time much more than he was getting paid for it. His start in banking had him in charge of operations and transactions around $20m, but he was only making $300 a week.

This was only the beginning of ﬁguring out that working for someone else just wasn’t going to cut it. He is the founder of 10 companies including the incredibly successful Australian Poker League, which has thus far been the crowning achievement of his entrepreneurship.

Big successes don’t come without big failures though, something he acknowledged without hesitation.

“The best leadership advice I can give you is to follow your gut, which is easier said than done, of course. Entrepreneurs are very intuitive, but when you’re running a serious business and you have people to take care of, you start moving away from those gut decisions and start making decisions based on numbers.

“All of the decisions I made with the Australian Poker League were from my gut, and every decision since has been based on logic. Part of me knows that’s why these other companies haven’t been quite as successful.” 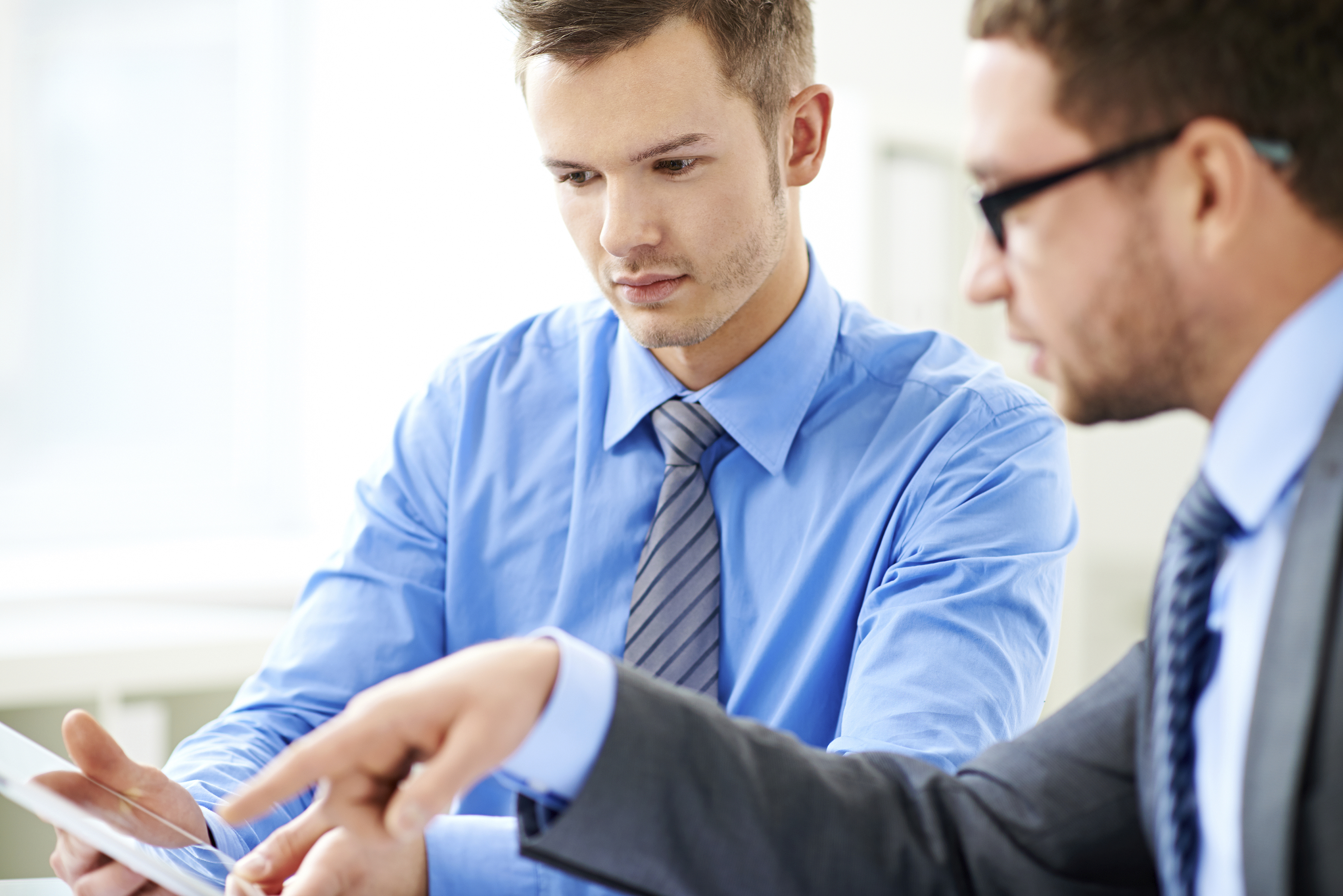 Until now. The Boardroom, Martinez’s latest venture, is half gut and half heart. His appreciation for the people who surrounded and encouraged him through his successes and failures spurred his initial interest in mentorship. He had several mentors and advisors throughout the founding of his many companies; without them, success would not have been possible.

Martinez has done a lot of private advising and mentoring himself, but decided to pull the trigger on The Boardroom after his experience with a different mentorship company.

“The model of group mentoring was brilliant, but it also felt broken. It felt like they were overpromising on results and under delivering to their members. Members felt mismatched in the groups they were assigned to. I thought I might be able to do better.”

This thought was planted by his friend and business partner Ross McCreath, who was the CFO of the company that ended up buying Australian Poker League from Martinez at the peak of its success. Their friendship grew, and now anytime Martinez thinks about starting a new company, he consults with
McCreath and often employs him as his CFO.

McCreath knew Martinez was excited about his ﬁrst mentorship program, but also noticed he was disappointed with the results. Once McCreath suggested exploring the mentorship model on his own terms, Martinez got the ball rolling.

“That’s the beauty of mentorship. It’s not about holding hands, it’s a nudge in the right direction,” Martinez said.

The mentors of The Boardroom ﬁt three key criteria: at least 10 years of leadership experience, must have experienced success as well as failure in their endeavours, and have to be active leaders of business.

Martinez reached out to the people he not only knew met these requirements, but were interested in giving back.

“The wisdom our mentors share can accelerate anyone’s learning or growth with minimum amounts of heartache and failure, because our members are learning from the mentors’ mistakes.” 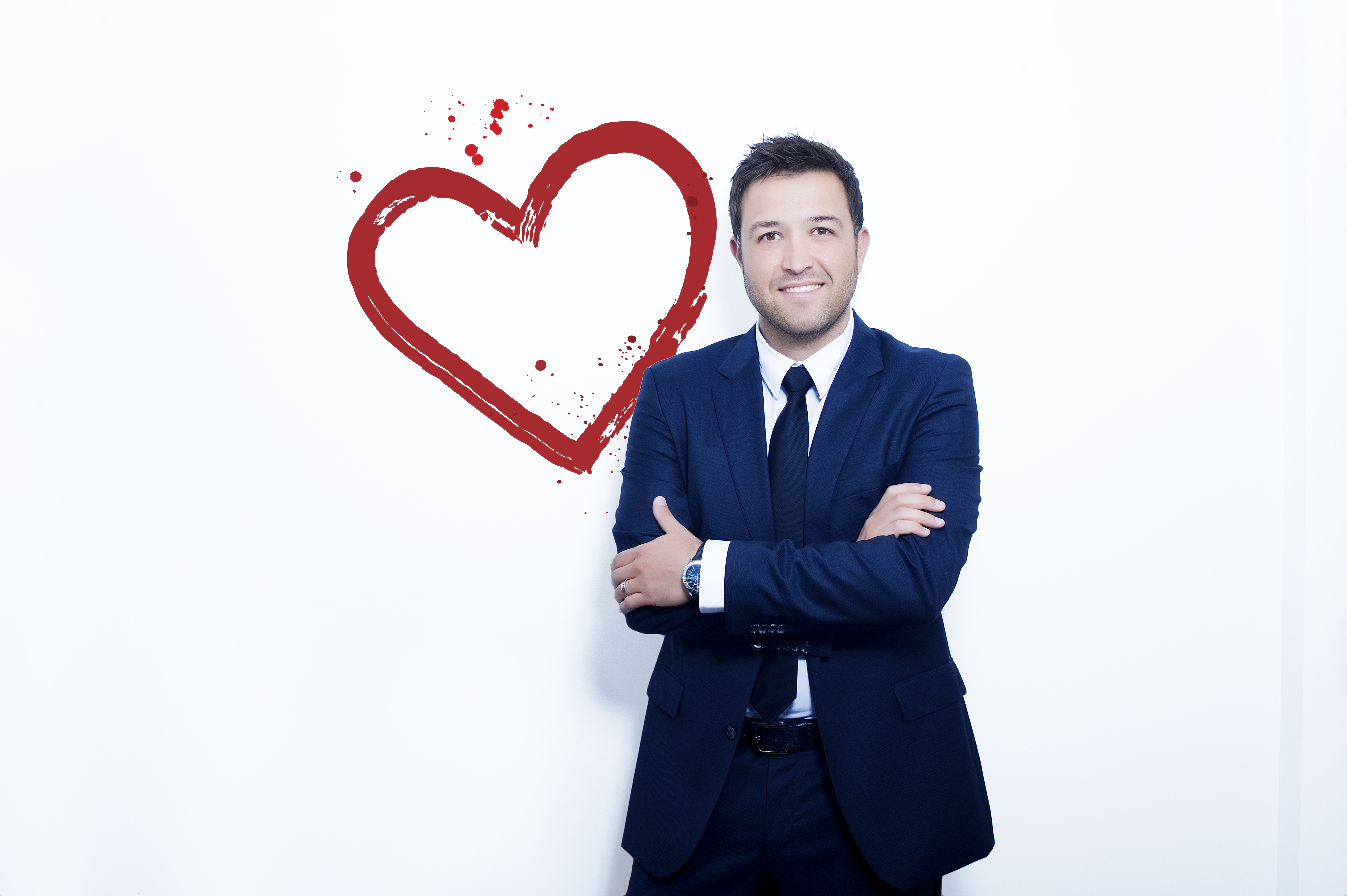 The Romanticism of ENTREPRENEURSHIP

It seems like everyone wants to be an entrepreneur, but the failure rate should make more people take a second look.
“Young people in particular feel like the future is in their hands,” Martinez said. “It gives them the opportunity to build the culture and the worklife balance. They can do more than just earn a paycheck. Everyone has an idea for a startup. But the truth is 80 ti 90 per cent fail in the first year.

“It’s good to have that excitement, but that’s not the only thing you should be able to bring to the table.”

Martinez attributes a lot of this outlook to the amount of “free money” going around: the financing side of the entrepreneurship is just romanced. A lot of people want to invest in the next Facebook, but the person receiving that money for business isn’t treating it equal to his or her own investment.

“If that money could have gone to rent or food, you make different decisions,” he said. “If its invested money, it’s easier to blow because you don’t feel the connection to the need for it. The field for entrepreneurs is exciting right now, but there are some dark sides too. I don’t want to discourage anyone, but a healthy dose of reality is important.”

The mission of The Boardroom is to help business owners add a 0 to their top line. People from established or fully-funded startups who are looking to take themselves and their businesses to the next level are the perfect candidate for The Boardroom’s mentorship style and strategy.

Martinez makes sure each candidate is fully vetted and committed to The Boardroom’s vision. There are groups—with 6 to 12 members and one mentor—which members are sorted into depending on the stage of the life cycle their businesses and experiences are in.

“As a business owner, we see our problems or opportunities in one dimension—we only have a couple of solutions or ideas because of the focus of our expertise. But when you have a mentor, and people from other industries, you see that problem or opportunity in a different light. Perspective is powerful.”

Not only can these groups help a stalled business leader come up with a solution, they also keep him or her accountable. 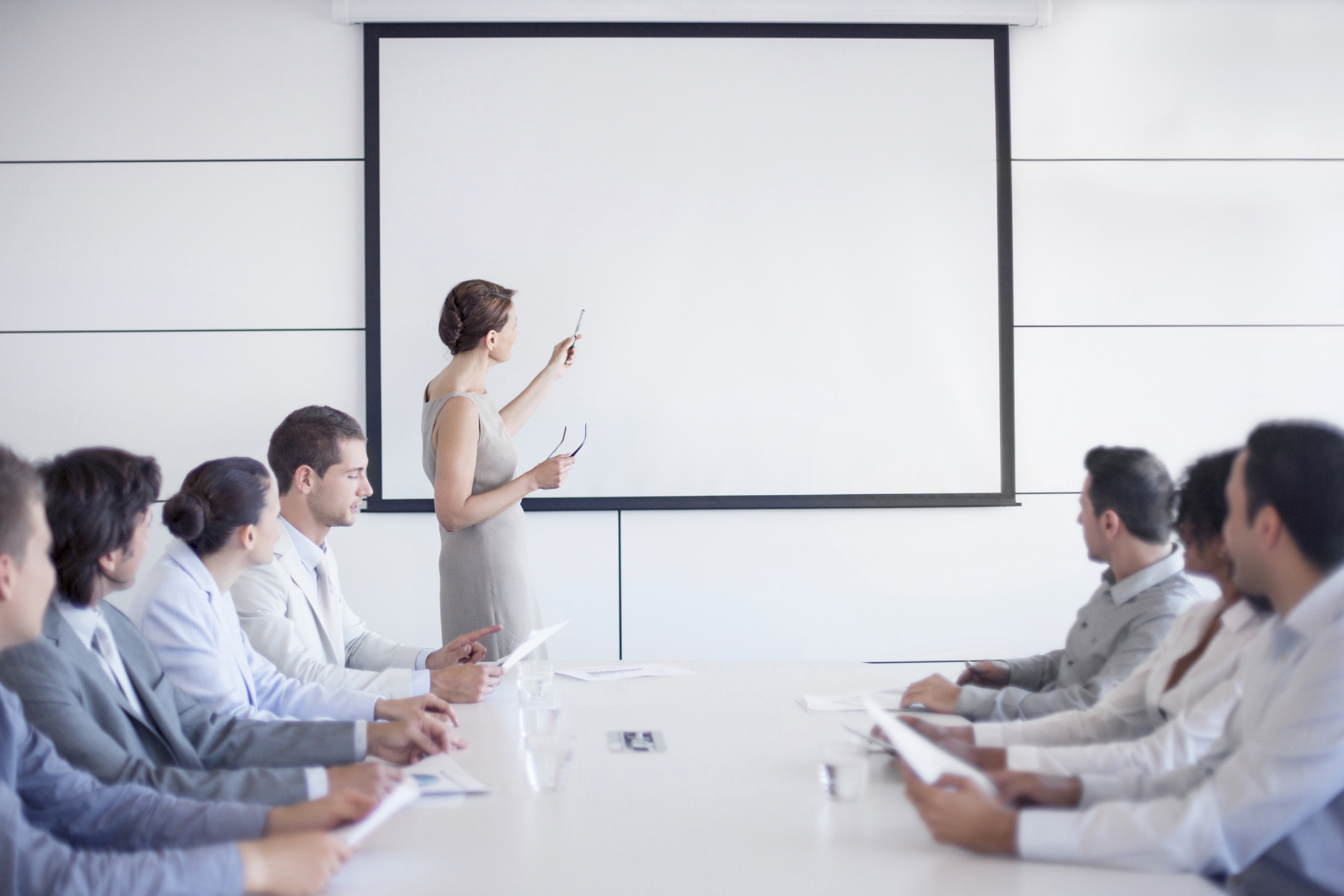 “CEOs’ really only have to answer to themselves, and this can lead to creating a lot of excuses when goals aren’t met,” he continued. “Having a mentorship group like this will challenge you to hit those goals. Not only do you have 12 people telling you to get on with it, there’s also a healthy level of competition created by the other members who want to hit their goals—or exceed them—before you do.”

Martinez believes that average members of these groups will outperform others in the industry twofold. If this is the case, The Boardroom will ﬂourish under Martinez’s gut instinct. For now, he wants to perfect the company’s business model, as it is not even a year old yet, and eventually branch out to offer the service internationally.

“I want to work with the most powerful CEOs in every city and form strong groups to help mentor to up and coming companies. My gut says not to rush into anything, so we’ll do it one city at a time.”

Read More
Where’s the Next Mandela?
Submit a Comment