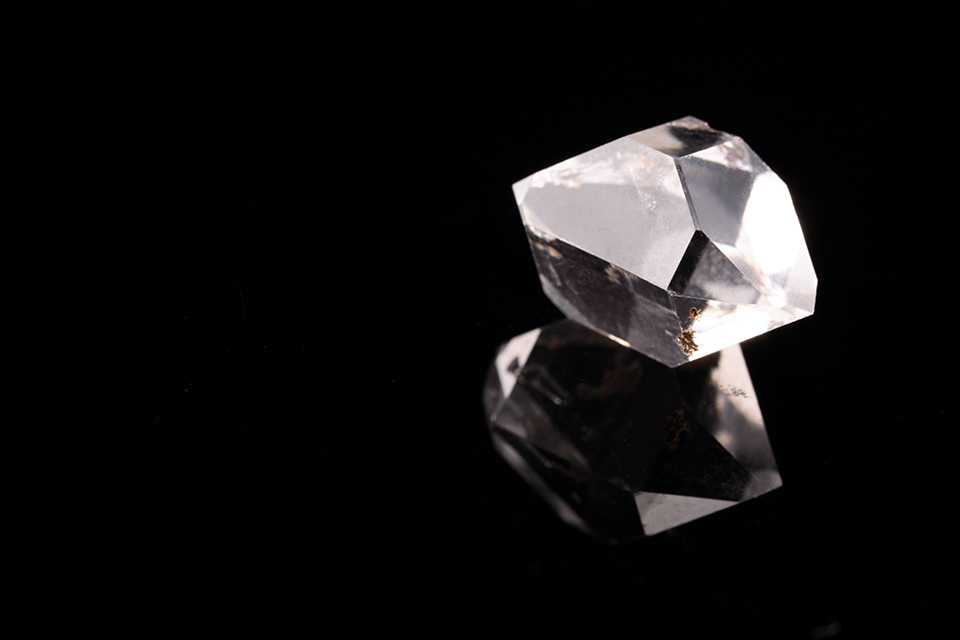 They’ve captivated the human imagination for thousands of years. Over the last two centuries they’ve become a symbol of romantic love and the focus of one of the most successful advertising campaigns in history. They’ve been celebrated for their beauty, strength, and supposed rarity. They’ve been called a girl’s best friend and we’ve been told they’re “forever” and we should spend two months’ salary on them. They take millions of years to come into existence, or at least they did until recently. They’re diamonds, and now they can be grown in labs as well as pulled out of the earth. So what does this mean for the traditional mining industry and for jewellers and consumers?

Why might consumers want a lab grown diamond? For starters, it’s chemically the same as a diamond mined from the earth but without many of the ethical concerns about how the stone got from the heart of the earth to your finger. 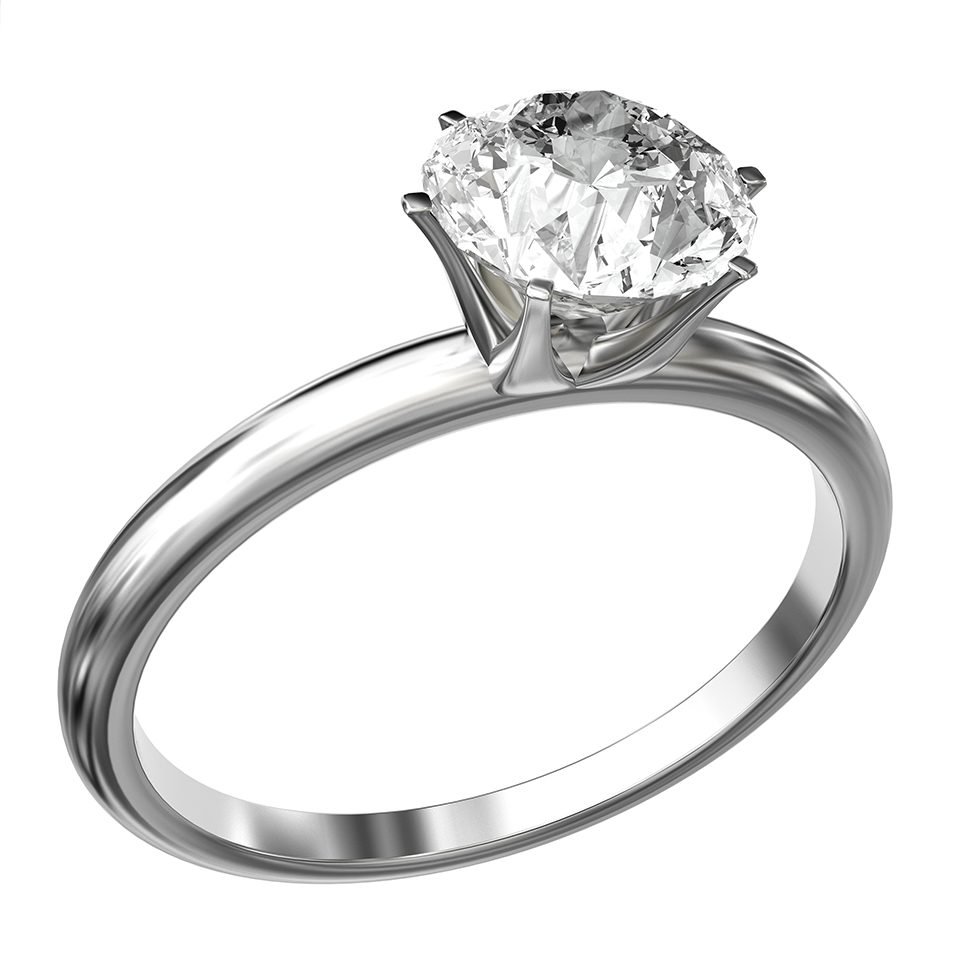 The Kimberley Process, which requires producers to certify their diamonds as “conflict free,” was first implemented in 2003. There are 81 countries signed on to agreement, accounting 99.8 per cent of the world’s rough diamond production. If you’ve seen the movie “Blood Diamond,” you’re somewhat familiar with why the Kimberley Process came about. Illegally sold conflict diamonds funded civil wars across Africa which resulted in countless atrocities. The Kimberley Process imposes minimum requirements on participants and allows them to trade only with other certified members.

“The industry has undergone such changes since the ‘Blood Diamond’ movie,” Diamond Producers Association CEO Jean-Marc Lieberherr told Gizmodo, noting that the industry generates $6 billion annually in direct revenue in mining areas. “And yet peoples’ perceptions haven’t evolved. I think the main reason is that we have not had a voice, we haven’t communicated.”

Yet there are those who think the Kimberley Process can’t track everything. “When you go to a jewellery store, 32 people on average have touched the diamond before it reaches you, and those people are not traceable,” Jean PIgozzi, an investor in lab grower Diamond Foundry told Vogue. “In the case of lab grown diamonds, they go straight from the factory to the jeweller.”

The concerns of other advocates for lab growing extend beyond war, noting the footprint mining leaves in terms of open pits and pollution of air and water. In not using acids or heavy metals to extract the stones, diamond mining does make less of a physical impact on the earth than other forms of mining, however.

Remember when we said lab grown diamonds are the same as their earthen counterparts? Let’s dig into that. As Biron puts it, they are “physically, optically, and chemically identical to a natural or mined diamond.” It takes highly specialised equipment to detect whether a diamond is natural or lab grown. That’s because the process of creating diamonds in a lab is very much a sped-up version of the natural occurrence. 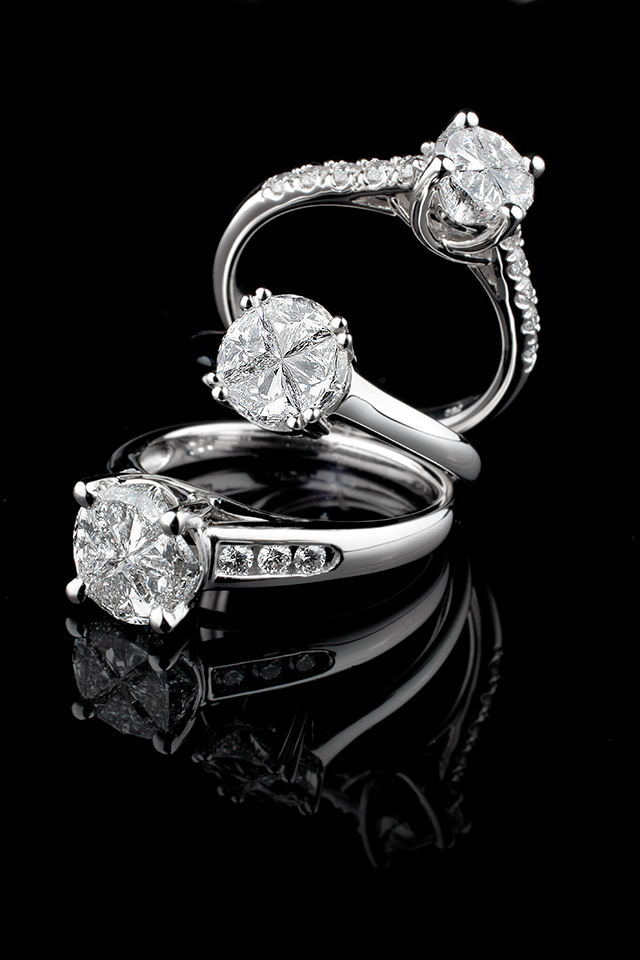 The high pressure, high temperature method subjects graphite or diamond powder to similar conditions that form diamonds underground, of 1,300-1,600 degrees Celsius and pressures of 5-6 Gigapascals (50,000-60,000 times the pressure of earth’s atmosphere). Natural diamonds are formed at temperatures between 1,000-1,400 degrees and 5.5-8 GPa, according to the Gemological Institute of America. In a matter of months, labs can produce what it takes millions of years for natural processes to make. This lab method has been around since the 1950s, and the gems it produces have been commercially available since the ’90s.

A newer method, carbon vapour deposition (CVD), mimics how diamonds form in outer space. In CVD, hydrocarbon gas is put in a low-pressure vacuum at lower temperatures (700-1,300 degrees), forming a diamond layer by layer. Because they are chemically pure — lacking nitrogen or boron — CVD diamonds are classified as type IIa, a distinction earned by a small percentage of natural diamonds. Greenhouse Diamonds sells type IIa exclusively. Whilst lab conditions have less of a visible impact than mining, they are not without a carbon footprint. Each lab growing method uses hundreds of kilowatt hours of energy per carat.

What do they cost? Everett Brookes and Lab Grown Diamonds Australia sell their gems for roughly half the price of a natural diamond. De Beers, which built a monopoly, artificially suppressed supply, and vowed never to grow gems in a lab, now markets synthetic stones through its Lightbox division at up to 90 per cent less than the cost of the natural product. It was De Beers’ marketing campaigns in the 20th century that created the mystique of timelessness. Controlling nearly all of the world’s supply helped keep prices high, and whilst diamonds aren’t the most abundant thing in the world, they aren’t as rare as De Beers made it seem. Now, the supply is essentially infinite. 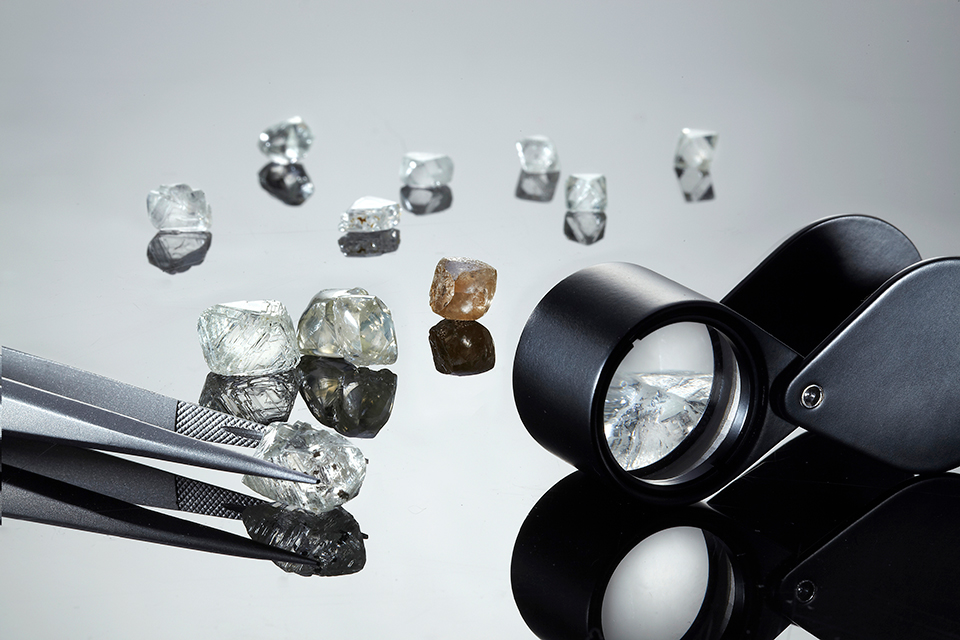 The De Beers monopoly is broken, but 85 per cent of natural diamonds still come from a small number of large scale producers, according to Ethical Jewellery Australia. They now have stiff competition from lab growers, whose wares represent 2-3 per cent of the market now, but are growing rapidly in popularity. Chinese companies have produced small lab grown diamonds called melees for industrial purposes such as oil drilling for years. They’re starting to put out gem-quality stones at a rate of 150,000-200,000 carats per month (for comparison, about 150 million carats are mined worldwide each year). This is one factor that has Morgan Stanley estimating the synthetic market will be anywhere from 7.5-15 per cent of the total by next year.

If it’s created in a lab but has the same chemical composition as what comes out of the ground, is it really a diamond? Strictly speaking, yes, of course it is. But the distinction is especially important for traditional producers who want to market the “real” thing to consumers and want their synthetic competitors to have to disclose where their gems came from. As we’ve seen, some lab growers shout it from the rooftops, explicitly targeting consumers who choose them for ethical reasons. Swarovski calls them “created” diamonds.

The US Federal Trade Commission recently expanded its definition of diamond to include “grown” ones, though warning against advertising that implies such gems are mined. The expanded definition drew criticism from the Jewellery Vigilance Committee. A 2015 case in Shanghai found that 14 per cent of the stones in a shipment labelled “natural” came from a lab, the South China Morning Post reported. About half of China’s diamonds are synthetic, prompting high demand for those specialised detectors, which De Beers pioneered. An emerging taste for luxury in China is driving sales of diamonds, connoisseurs want to make sure they’re getting the natural thing. “As lab grown diamonds become more indistinguishable over time, the marketing of natural stones is paramount,” Zu Endong, deputy director of the Yunnan Gemological Institute, told the South China Morning Post. The Diamond Certification Laboratory of Australia asserts that all of its diamonds are “natural and untreated.”

Whether formed in the earth or in a lab, a diamond has the same sparkle. Whether its origins matter is ultimately in the eye of the beholder.