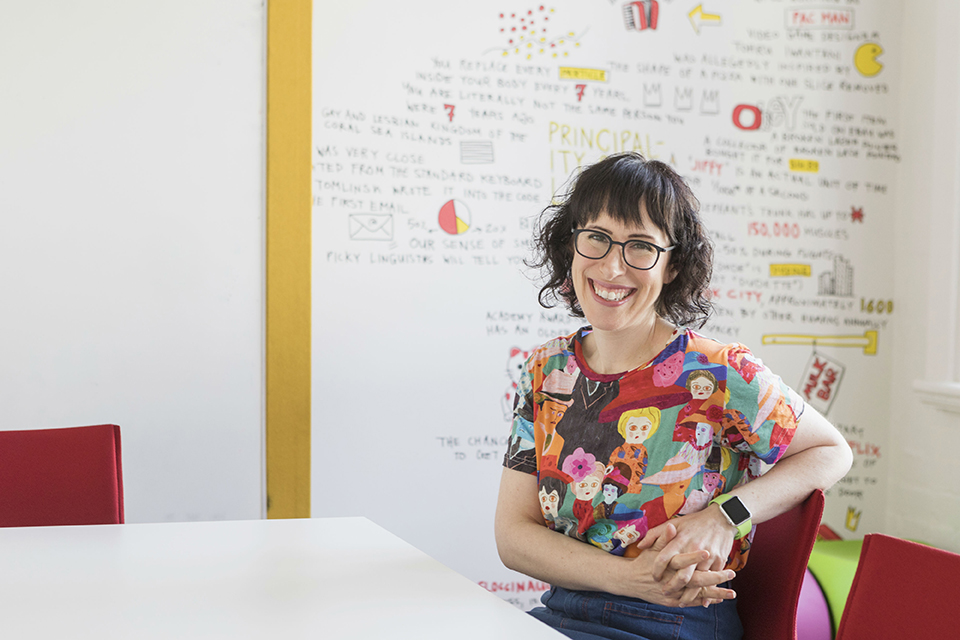 Can Science Save Your Business?

Dr Amantha Imber knows it can, and she and her team at Inventium are teaching the world how it’s done.

Organisational psychologist Dr. Amantha Imber is on a mission to change the way companies innovate, and the world’s biggest multinationals are listening. The bestselling author of “The Creativity Formula” and “The Innovation Formula” has worked with Google, Disney, Coca-Cola, LEGO, Commonwealth Bank, American Express, and scores of others to help spur creativity and break down the barriers to formulating great ideas.

A member of the Australian Business Women’s Hall of Fame, Imber founded Inventium in 2007. She and her team of self-described “science geeks” bring scientifically proven tools and techniques to bear on business problems, enabling leaders to see the path to success through fresh eyes.

The firm recently partnered with Innosight, the world-leading think tank created by legendary innovation champion and “Grandfather of Disruption,” Clayton Christensen, to help companies solve their most challenging growth issues.

From Imber’s extraordinary vantage point, the days of decisions based on assumptions backed up by anecdotal “evidence” are done and dusted. “Several years ago, when the majority of businesses had a great idea they would put together a business plan — which is normally full of made up assumptions and graphs that sound really great but lack any real evidence — and then they would launch,” she told VENTURE.

“Then, leaders wonder why in most industries, eight or nine out of 10 products fail.” In contrast, she noted, the most innovative companies take a much more methodical approach to proving concepts. “They will set hypotheses as to why they believe their ideas will add value to customers’ lives. They’ll design an experiment that can test cause and effect and actual behaviour, and then they will iterate the innovation accordingly.”

Take, for example, Inventium’s work with Australian Unity, one of the country’s most established mutual companies. With a portfolio of services covering several complex industries — including dentistry, supported living, health insurance, banking, and investments — the firm sought to increase the number of successful product launches while reducing the cost of failed efforts.

Applying a scientific approach that included training roughly 5 percent of the organization to be innovation champions and training leadership on how to support innovation, designing, and embedding a process for innovation that reached across all levels of the company, Imber and her team helped Australian Unity generate $7.25 million in revenue from innovation, while saving the company millions by avoiding weak pilot programs and poorly conceived ideas.

Reliance on the Evidence 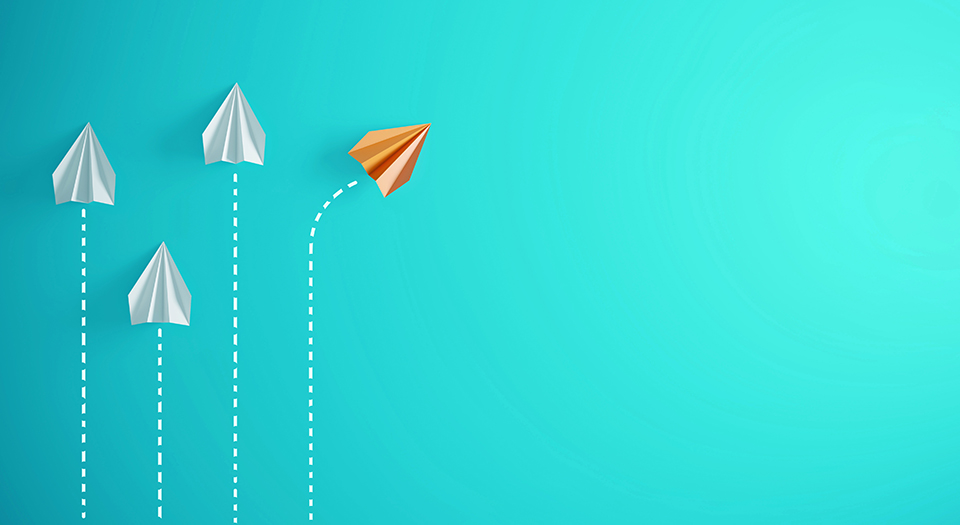 Evidence-based innovation can bridge the gulf between great ideas and not-so-great execution strategies, which can plague even the most established businesses. “In part it comes back to using the scientific method and experimentation in the leadup to launch. If you are running several experiments and observing real customers’ behaviour in relation to your products or service, you’re able to iterate it and know with a pretty good degree of confidence what you can expect when you go to market. I think that’s one issue that helps bridge that gap.

“The second thing is that big corporates are generally not set up in a way a startup is to launch a new business. Sometimes there can just be a lack of capabilities, whether it’s digital capability or the speed at which things move. They’re used to a different rhythm. At corporate they’re used to a slower rhythm and with all the new kinds of threats out there from startups it just doesn’t cut it anymore.”

With the right guidance, industries that are slow to innovate for a host of complex reasons can benefit greatly from leadership tools and techniques that consider the specificities of market conditions and other restraints. By running ideation and shortlisting labs for agricultural giant Sugar Australia, Inventium helped company leaders to reduce a pool of 20 big ideas to six that can potentially add over $10 million in revenue growth for the producer.

Large enterprises often accidentally smother innovation because their structures get in the way. For legacy firms, disparate silos of information collected over years of M&A activity, confusing workflows, multilayered hierarchies that make decision making difficult, and other roadblocks can doom successful attempts at idea incubation. While the scientific method can help bust those barriers, the place to start is a far more personal one.

“Sometimes the culture that exists within a legacy business is killing innovation,” she said. “A lot of businesses have a real fear of failure and they are structured in a way that failure is not tolerated. Failure could lead to job loss, or lack or promotion, or lack of pay rise. These are obviously high stakes for the individuals working in these companies.

“Certainly the metrics by which innovation is evaluated are problematic when it just comes down to financial metrics as opposed to, ‘What did we learn?’ That encourages people not to take risks,” she posited. Financial metrics have a place, but when they are the defining line between success and failure, there’s no room to establish an ecosystem where failure can be used to light the way for success. “(T)here are far better metrics to think about using, and it also helps to create a culture where risk testing is OK and where failure isn’t a dirty word.”

That culture, of course, motivates from the head down.

“It has to come from the top. It has to come from senior leaders really putting in place the signal that failure is OK and that we prioritize learning over performance in some instances.” Imber pointed to the Tata Group’s Dare to Try awards, given to innovations that failed. “Innovations that were commercial failures but where the learning really reached. What it does is signal that for every employee in the company … failure is OK so long as you learn from it, and in fact, if your learnings are really great from a failure you might even win a global award, which is a lovely example to signal to people that failure is genuinely OK. 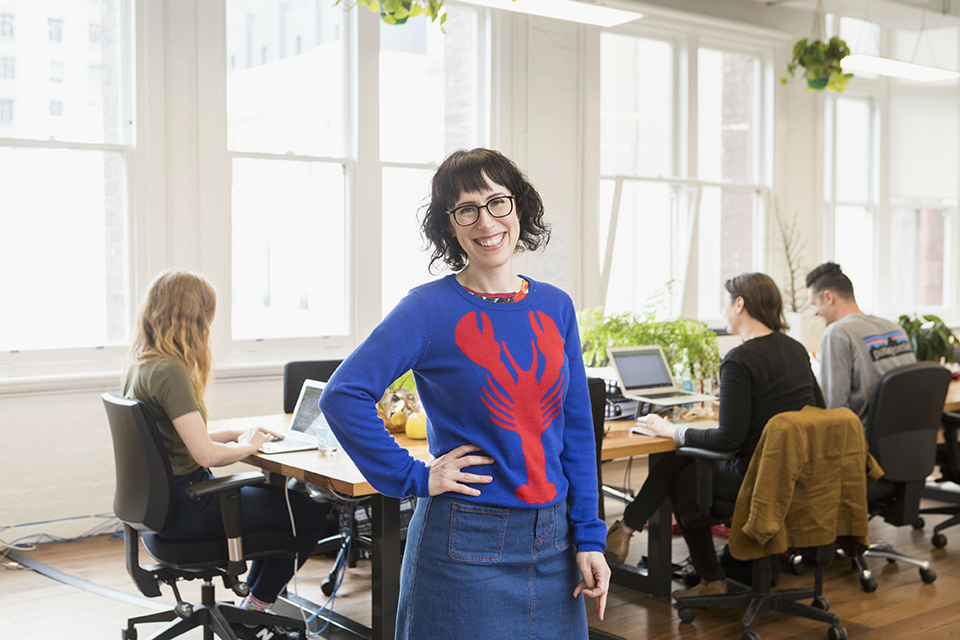 “Something that we see in companies that really walk the talk is that they recognise that being a good innovator is not necessarily a skill that you’re born with, or that you’re generally taught at school or university, and it needs to be taught,” she continued. “The biggest difference we see between companies really embracing innovation versus those just paying lip service to it is that they will invest in significant capability building. They will train their staff in how to identify customer opportunities and how to get better at thinking creatively, how to get better at testing ideas through experimentation. Investing resources into capability difference between companies that walk the talk and those that don’t.”

As a scientist, Imber never loses sight of the simplicity of experimentation in an age when software firms tout out of the box solutions to just about everything, especially when it comes to customer intelligence. “I sometimes wonder whether companies may be prioritising the wrong information,” she admitted. “If you’re serious about adapting innovation, the best thing you can do is just get out of the building and talk to your customers. … The knowledge and wisdom that comes from spending significant amounts of time with your customers and the empathy you get from that and the deep understanding you get from that is the stuff that takes time, and that’s where companies need to be investing their resources.”