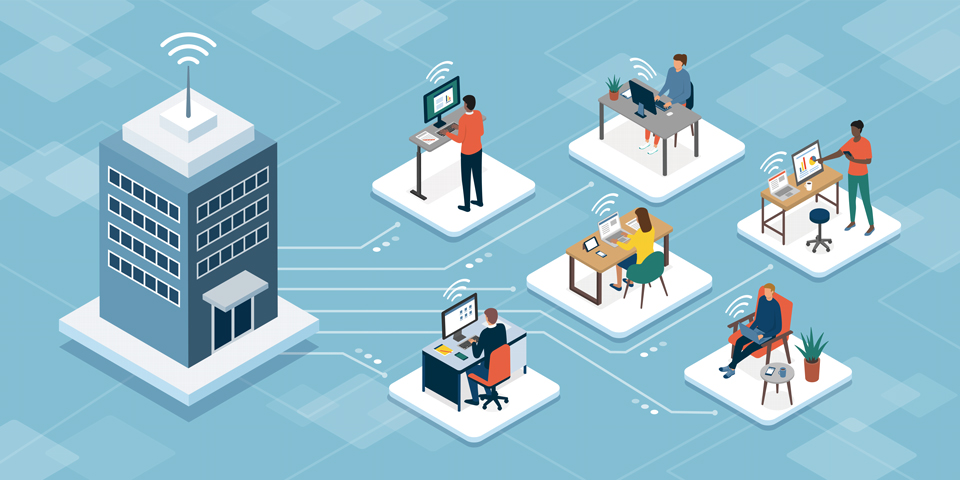 The future of the office is part-remote, part in-person. Poly’s Andy Hurt tells us how that will look.

Work is something you do, not a place you go. It’s a philosophy global communications company Poly has embraced for a long time. As more of us get used to the idea, that fact will have far-reaching societal impact, not just on where we get the job done, but even down to the landscape of our cities. Poly’s ANZ managing director Andy Hurt spoke to VENTURE about how hybrid work is here to stay and what it means for the business of doing business. The keys to success, Hurt said, are to respond, redesign, and reinvent. 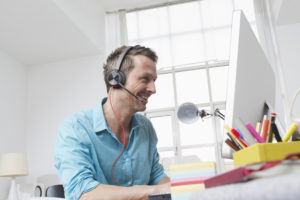 Hybrid work—a combination of working remotely and in a traditional office setting—with the increased productivity it brings, is the new way forward, Hurt says. There’s never a good time for a pandemic, but the state of IT being where it is today has certainly helped make for a smoother transition than was possible even a few years ago.

“I think people would be quite open with you in saying that they’ve been surprised on how productive society has been under the circumstances,” Hurt said. “Productivity is starting to increase organically now.

“We’ve gone through sort of threefold going through three phases. The first one is responding to the challenge, the second one is then sort of redesigning how we are working, and the third one being reinventing—using that sort of redesign as a chance to really say, ‘OK can we do this long term and how, how are we going to get the best out of that do we know then pivot the organisation and work practices to really increase productivity or change the direction and embrace this as a good opportunity?’ I think a lot of companies are doing that.”

Not every business will embrace hybrid work after the pandemic, but Hurt thinks we’ll see a nearly 50-50 split of those that do and those that don’t. Output-driven metrics are showing that people can work effectively on odd hours and at home and giving managers the peace of mind they used to get from physically overseeing their charges. Regular meetings to touch base, say once a day at a set time can set the expectation and answer any questions that need answering. From there, it’s a matter of trusting your team to get the job done and making adjustments as necessary.

Making hybrid work successful requires the right home office environment. Back in March, when we were all sent into our homes indefinitely, most didn’t have clearly defined workspaces. Families with two working parents had to scramble to find a place for kids to do their schoolwork whilst parents each needed a space of their own to retreat and concentrate. Too many distractions lead to interruptions and longer hours with less productivity.

If you haven’t already, you need to develop what Hurt calls a home office “persona” consisting of the headgear you use, webcam, and phone setup in addition to a comfortable chair and desk.

“The most important thing in a lot of cases which people ignore is lighting, where natural light—in an environment where they’re going to be using video through the day—that light changes dramatically,” Hurt said. “The technology which obviously Poly invested most of the time in is enterprise grade headsets with noise blocking technology built into the microphone, so then you are only hearing me. I’ve got noise cancelling headsets so all I hear is you. I’ve got a camera that’s specifically built for this type of interaction where, if I move around, the camera pans to me. They’re becoming not luxury items, they’re becoming necessities, where the interaction becomes very real and high quality.”

Now, Hurt said, he’s seeing people have better setups at home than they do at the office. It’s part of an investment change companies are making to dive deep into hybrid work for the long term. Consumer grade products are falling by the wayside in favor of enterprise grade equipment that brings a professional setting to the home office.

Of course, keeping the hybrid in hybrid work means still going into the office sometimes. Whether it be a few times per week, once a week, or once a month, workers will still need a base to congregate for important meetings and welcome customers. That space will need to be COVID-safe during the pandemic. Partitions to separate desks will be back, reversing the trend toward open-plan offices. Socially distanced boardrooms will take the place of smaller huddle rooms. Contactless or low-contact technology will facilitate use of common areas.

Say “you’ve got a meeting room and you’ve got to set up a video conference or you’re going to set up a call. I think we’re going to start to see technology where it’s voice activated, or facially recognised or proximity-based when you go into a meeting room, it will already know that someone has this meeting booked in this room and therefore the call will already be set up, and you don’t have to be physically touching things and doing things.”

Hybrid work will also alter corporate footprints. With employees more spread out, and companies able to recruit quality workers from farther away, the large headquarters in large city CBD will give way to satellite offices.

“I think the whole ivory tower environment of the past will be in the past,” Hurt said, and organisations won’t be as hierarchical.

In place of huge CBDs with skyscrapers surrounded by restaurants and shops, we’ll see mixed-use neighbourhoods with the same concept on a smaller scale.