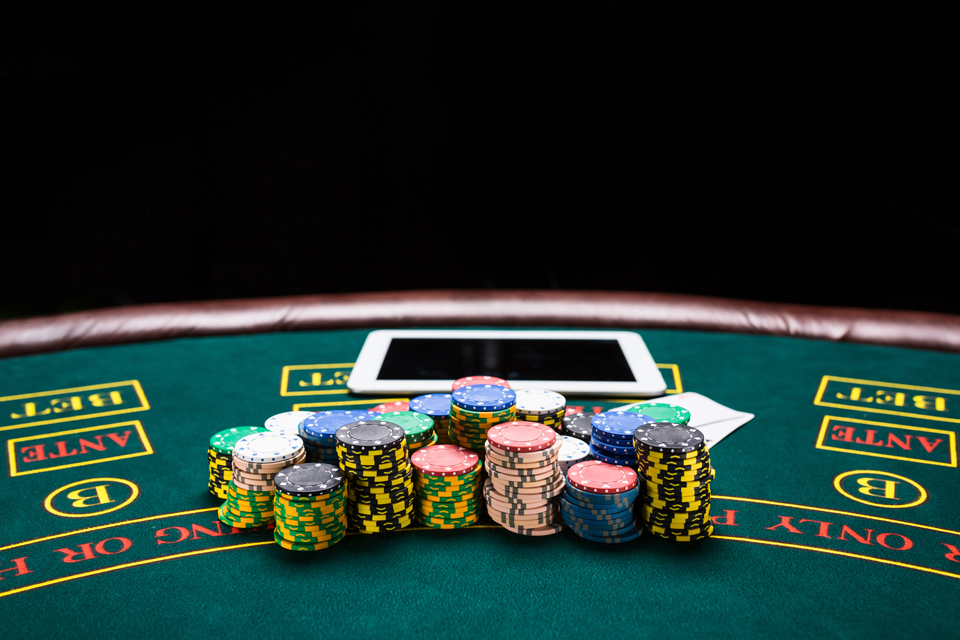 Electronic gambling is big business. Is it worth it? The gambling industry in Australia turns a $25 billion annual profit. That translates to about $1,000 for every person in the country, more than $1,250 for every adult who is legally eligible to gamble. Punters wager more than $200 billion each year. With mobile apps and poker machines ubiquitous, technology has placed betting right at people’s fingertips, generating easy revenues. With gaming available to just about everyone at the touch of a button, is the economic benefit worth the risk?

Gambling and sport go hand-in-hand. It’s no coincidence that the Australian Football League, National Rugby League, and Cricket Australia have BetEasy, Sportsbet, and Bet365, respectively, as sponsors. Together they make a winning team, with more than $35 billion wagered on sport annually and profits approaching $5 billion. The betting isn’t limited to results of matches. Daily fantasy websites DraftKings, Moneyball, and DraftStars allow fans to select individual players for fantasy teams and wager against fellow bettors based on how their players perform. Watching the matches is exciting enough, but interest and television ratings soar when spectators have money on the line.

Horse racing, an integral part of Aussie culture, is a big draw. About 70 per cent of that $35 billion sports betting figure goes to playing the ponies. Horses came to Australia with the First Fleet in 1788, and racing quickly became a national pastime. The Melbourne Cup, Victoria Derby, and VRC Oaks draw more than 100,000 spectators. Punters place bets of nearly three quarters of $1 billion on the Melbourne Cup (preferred betting partner: Ladbrokes) alone each year. Last year betting at rates of 850 wagers per second in the run-up to the main event even caused Ladbrokes, Sportsbet and Betfair to crash temporarily.

As much as Australians love sports betting, it’s nothing compared to electronic gaming, casinos, and lotteries, which take in profits of $20 billion per year and see $175 billion wagered. Numbering over 200,000, there are more poker machines per capita in Australia than anywhere else in the world. These represent one fifth of the world’s pokies. You can find them in pubs and clubs nationwide — except in Western Australia, where they’re legal only in casinos — and it’s as easy to place a bet as it is to order a drink.

If that weren’t easy enough, punters can simply whip out their phones and play mobile pokies such as MegaSpin Pokies. With progressive pokies such as Mega Moolah and King Cashalot, pots increase until one player takes all. Pots can reach $1 million or more, attracting players looking to strike it rich. Casino apps such as Royal Vegas and 32red let punters play blackjack, Texas hold ‘em, roulette, and much more without leaving the comfort of their own homes. With gambling so easily accessible, there are concerns that addicts can spiral out of control quickly. Yes, punting generates big revenues, but those dollars are coming out of the pockets of people who might have a real problem. Whilst most bets are harmless fun, there are an estimated 125,000 problem gamblers in Australia who account for about 40 per cent of pokie losses.

Victoria imposed a 25-year freeze on the number of gaming machines in the state in 2017, with Minister of Gaming and Liquor Regulation Marlene Kairouz’s office stating “these nationwide statistics … show more work needs to be done across the country. Victoria is now leading the way on reforms to help gamblers stick to their limits and to tackle gambling-related harm.”

Australians lose the most money per capita on gambling of any nation in the world, basically doubling the losses of second-place Singapore. The Alliance for Gambling Reform says about 400 Australians commit suicide every year because of gambling losses. “Most people are buying a lottery ticket or they’re spending twenty bucks on the spring racing carnival, and the people who fall foul of this behaviour are the people who are spending vast amounts of money,” Dr. Kate Fennessy of St Vincent’s Hospital’s Gambling Treatment Program in Sydney told the ABC.

Overwhelmingly, these at-risk punters are young men. With them in mind, the Australian Institute of Family Studies in February launched the National Consumer Protection Framework for online wagering, which reduces the customer verification period from 90 days to 14. “Quicker customer verification means that online wagering providers will be able to reduce the risk of underage or self-excluded participants gambling online, including any fraudulent or illegal activity by participants, when they shouldn’t be. Minister for Family and Social Services Paul Fletcher said. “One quarter of bettors reported being under 18 when they placed their first sports bet and of all young men who bet on sport, 70 per cent were found to be at risk of, or already experiencing, gambling harm.” Responsible Wagering Australia, which represents the big betting sites, welcomes the opportunity to “help protect vulnerable members of the … community.”

Fletcher hopes to further reduce the verification period to 72 hours within the next year. With a focus on help for those at risk, the goal is to generate revenue for private companies and state governments whilst protecting vulnerable citizens and ensuring electronic gambling is all fun and games.