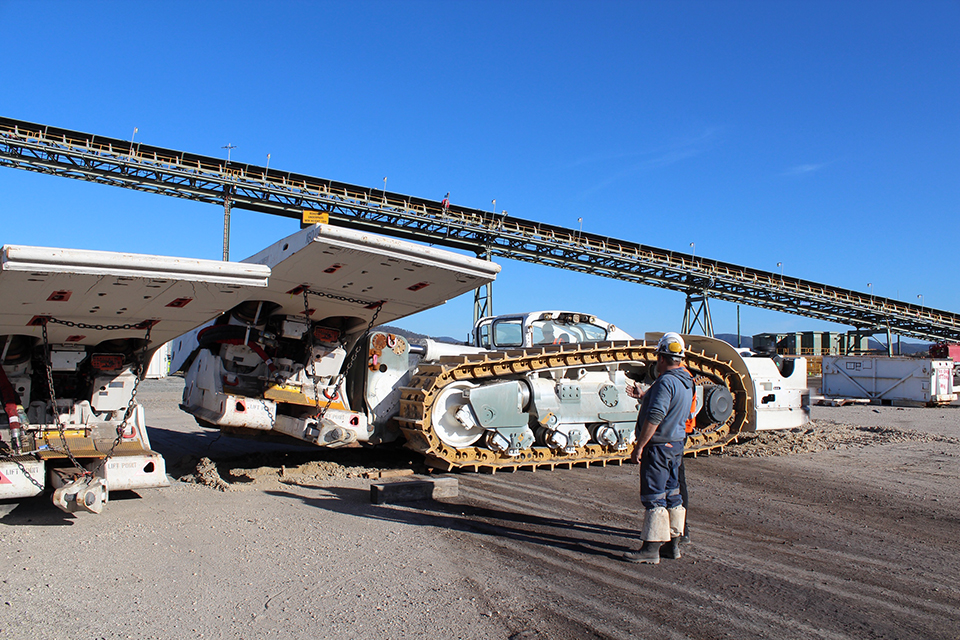 Cougar Mining Group and their other standalone businesses don’t mine coal. But if you’re mining underground coal in Australia, you’d be hard-pressed to do it without them.

“The miners, they’re professional coal cutters, and they want to mine,” Managing Director Chad Dillinger told VENTURE. “What we do is offer them a complete solution on mobile equipment, whether that’s manufacturing new equipment or new technology, whether it’s to hire a specific piece of equipment, or whether it’s a specialised service as in drilling. We handle the non-core stuff for the miners and let them focus on mining coal while we do all the other stuff.”

Be it through Cougar Mining Group’s equipment hire, CH4 Drillings drilling services, or the manufacturing, repair, and overhauls of Australian Mining Equipment, their fingerprints are all over the industry in Australia — and increasingly in China, with the US in their sights. 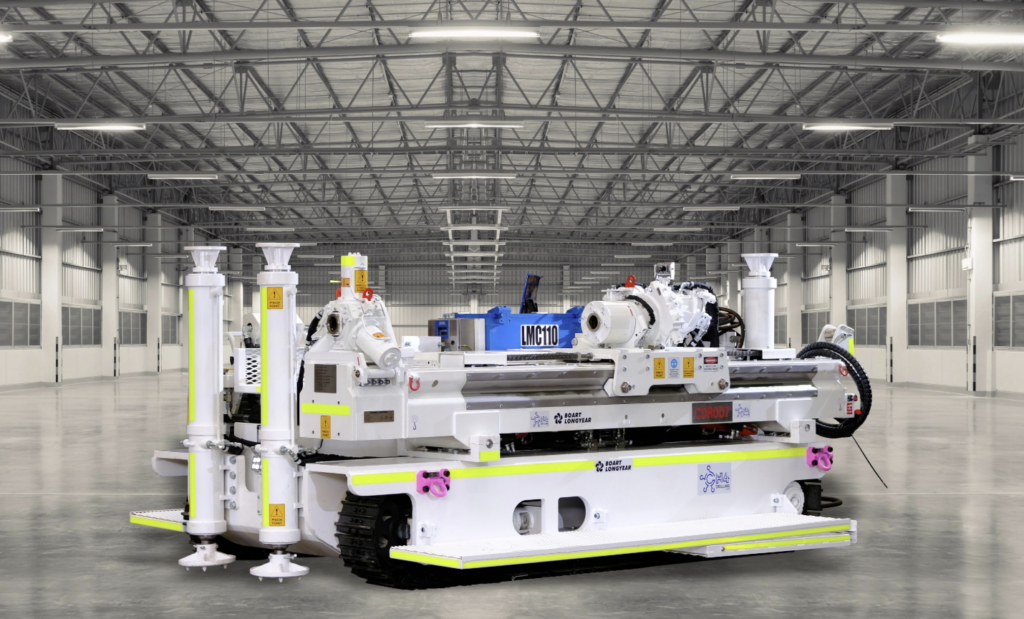 The beginnings of Cougar Mining Group go back 20 years to a traditional underground hire equipment and labour business in the Bowen Basin. Founder and Director Craig Barnett was a tradesman for hire and over time purchased his own equipment.

“Over the more recent years, we’ve grown the business from a mine hire business to a longwall relocation business, so we’re a contract hire company that supplies the specialised equipment to move longwalls around different parts of the mine, in and out of the mine, and into the new installation face,” Dillinger said.

“We pretty much do everything” related to repairs and maintenance in-house, Dillinger said, even down to sandblasting and painting.

“Of all the major mining houses that are here in Australia mining underground coal, we’re pretty much at all of those mine sites in some shape or form,” Dillinger said, and operations are expanding in China and the US.

“We’ve got a great engineering team,” Dillinger said. “It’s our design, so if there’s an issue with the rig we can fix it without too many dramas. We’ve got a great team of underground drillers. Our drilling team are some of the most educated and certified drillers in the world from an underground methane drilling point of view.”

Through a Platinum Service Agreement with Boart Longyear, CH4 Drilling converts hard-rock drilling rigs into underground coal compliant in-seam ones so as to remove methane from coal without creating a spark. The drilling business started at the end of 2015 and grew quickly thanks to our key people and the proven reliability of the Cougar brand.

“We supply drilling services to the majority of the underground coal mines in Australia, but specifically South32, Glencore, and Fitzroy Resources up in Queensland. We know the equipment intimately,” Dillinger said, adding that the training programs CH4 have developed have paid dividends for the company and the mines they work with. 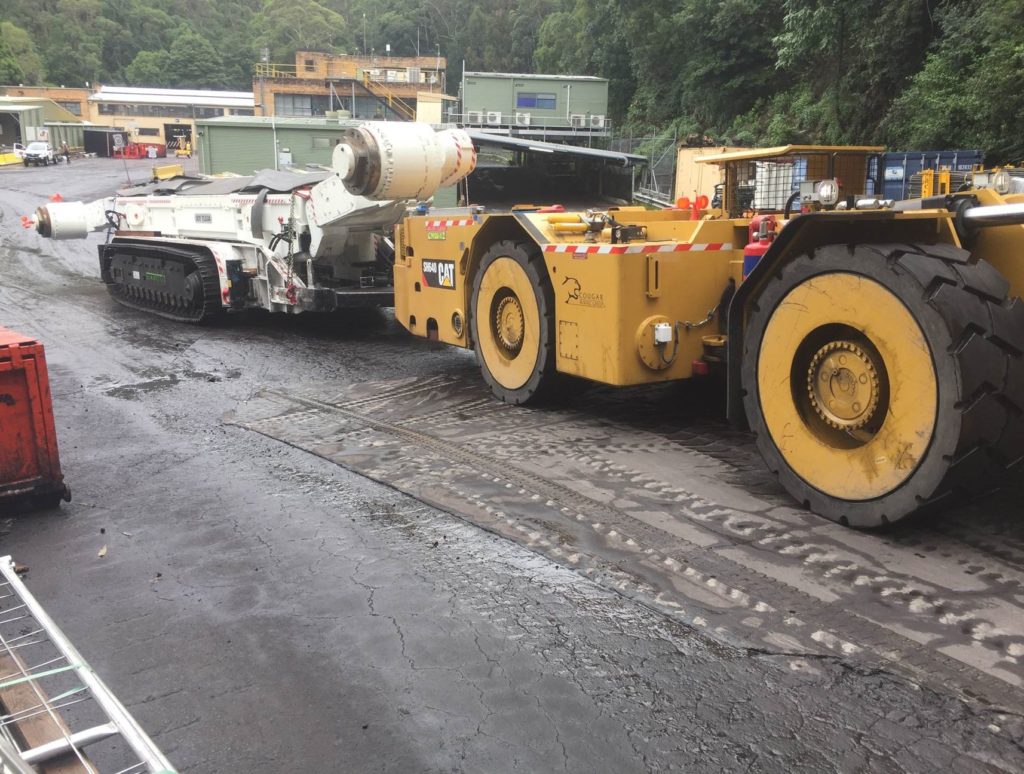 The organisation expanded again in December 2017, acquiring the Industrea Mining Equipment assets from GE. GE had bought the company in 2012, just at the outset of a huge mining downturn. Five years later, Remagen Capital helped Barnett and Dillinger acquire the assets and create what was then known as Cougar IME. It was rebranded as Australian Mining Equipment in June 2019.

“Since January 2018 we’ve been building that business, setting up the supply chain, realigning ourselves with the customer base, and actually employing a team of key people,” Dillinger said. “We’ve got around 100 people in that business now. We’ve got confirmed orders of around $40 million. We’ve got a pipeline of around $100 million. We’re manufacturing again not only in Australia for the Australian market, we’re manufacturing in China for the Chinese market. We’re re-establishing that business back to the old Industrea days.”

Australian Mining Equipment are working now to restore the repair and overhauls, spare parts, and field services business. “When Industrea owned the business originally, prior to 2012, they manufactured over 800 vehicles and delivered them around the world, so we’re rekindling the services to those original customers,” Dillinger said.

When it comes to facilitating coal mining, it seems there’s nothing Cougar Mining Group, CH4 Drilling and Australian Mining Equipment can’t do. That’s great news for the miners whose jobs they make easier.

The Cougar Mining Group comprises of 3 business units; Mine Hire, Drilling and the newly-acquired IME. The company has serviced Australia's underground coal industry since 1998, constantly expanding and improving on the range of products and services delivered. Recent acquisitions and business initiatives have placed Cougar in a healthy position with a specific, yet essential range of offerings. Business objectives and direction is driven by a desire for quality and reputation — industry demands.

Diversity, too, is driven by the need to make existing products and services better. Not a single area of the business can be left behind while another rises. Quite simply, the 'products'​ we design and sell are those which we use in a 'services'​ area of the business. 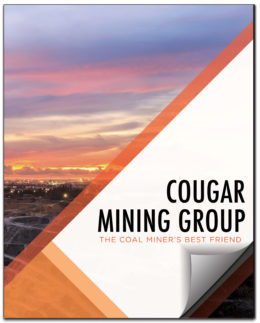