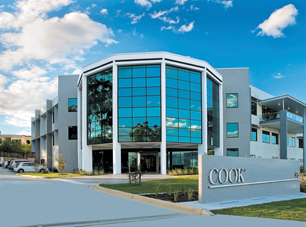 The family-owned business is bringing its values and high-quality medical devices to the Asia Pacific, a region ripe for healthcare growth. 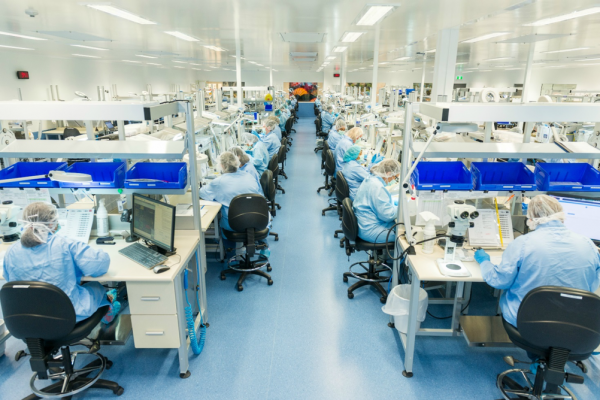 Cook Medical has been setting the standard of the industry with a long history of providing high-quality, minimally invasive medical devices to people across the globe. The family-owned company has a large, 1,200-person presence in Australia with its headquarters in Brisbane and offices dotted throughout the Asia Pacific (APAC).

VENTURE Magazine talked to Barry Thomas, Managing Director of Cook Medical, to see how the company plans to expand to be a power player in the APAC region in the coming years.

Expansion in APAC
Cook Medical currently has a strong presence in the U.S. and Europe, with fabrication partners in Mexico, China, and Slovakia. But APAC is the place to be in the healthcare industry. The company is making strong moves to push into the Chinese markets, and is also turning its attention to Vietnam, Indonesia and the Philippines.

In China, a Cook Medical VP from the U.S. is heading up efforts to determine what Cook might look like in the next 10 to 20 years in the region. A number of senior executives, the country manager, and Thomas are involved in the efforts.

“This year we’ll look at a number of initiatives in China and how we move forward in China,” said Thomas. “Our philosophy in these markets is that we want to really embrace the market and want to be considered a partner or a friend, rather than a multinational, mining the country just for shareholder returns.”

In Vietnam, Indonesia and the Philippines—aptly monikered the VIP region—Cook Medical is hoping to create its own entity in the three markets. The company is currently evaluating what type of office to open to best serve the region. Other questions like strategy, advantages, pitfalls, and the best structure to take are also up for discussion. There are a lot of challenges in the region to overcome, “If you look at Indonesia, it’s the largest archipelago on Earth,” Thomas explained. “So how do you distribute in a market like that? There are thousands of islands. Do you initially start with Jakarta and a couple major cities? Or do you go and do Jakarta yourself and then use a logistics company to cover the rest? These are the questions we are in the process of answering. It’s easy for the CEO to say ‘Let’s look at the markets,’ but there’s a lot of real work that goes behind answering these questions.”

Cook Medical already has an established relationship with distributors in the industry in Vietnam, and in the Philippines there is a smaller but still effective distributor.

The expansion into APAC isn’t just physical, either. Cook Medical’s Asia Pacific New Technology Team—ANTT—is scouring the region for new technology the company may be interested in commercialising or developing. A team consisting of the director of engineering, a Hong Kong-based engineer, a young engineer, a senior sales manager, and an intern has been working for a year, searching out the best and most innovative ideas. So far the group has presented about 130 ideas to Thomas—the man behind the idea for ANTT.

Out of 100 or so ideas, Thomas shared, only about three or four hit. Regardless of whether the company pursues the idea further or not, each one is given feedback about its viability in the marketplace. Often, Thomas sends companies back to the drawing board, and sometimes ideas are sent overseas to regions that might be able to use the technology or idea.

Employee Programs
Although Cook Medical has grown by leaps and bounds since its inception in 1963, the company continues to pride itself on its philosophy of family. Thomas shared several perks employees enjoy, including top-level health insurance for all, superannuation contributions, and incentive bonuses that are equal across the entire company.

Its education support is also impressive. Cook Medical will fully fund a degree so long as the degree is business related and the employee passes; the company also funds post-graduate degrees to 50 percent.

On top of wellness programs, a gymnasium in the Brisbane location, and other perks, Cook Medical also has a top-notch intern program. Although the company is on the smaller side, it regularly has three to eight interns on board at any given time.

“Our aim is generally to try and employ these people full time after their intership, and we’ve been pretty successful at that,” said Thomas. “About 80 percent choose to stay. Anyone who interns with us we pay, which is uncommon for businesses like ours.”

In certain cases, interns can instead earn class credit for university, but Cook Medical will still pay interns a per diem to cover travel and meal expenses.

The mining boom is over. So what industry will be providing jobs for future generations? Barry Thomas and Cook Medical hope it’s manufacturing. Cook Medical has been lobbying the Federal Government with the help of the Medical Technology Association and Aus Biotech to promote manufacturing in Australia.

“Manufacturing can provide a sustainable business over the next hundred years,” Thomas shared. “Where are our kids going to work? It’s not going to be in the mines. We don’t just need to think about how we can have a sustainable manufacturing industry in Australia, we need to make it happen.”

What’s Next?
Thomas sees a lot of growth in the region over the next 20 to 25 years, citing a less erratic and boom-market in China and the other emerging markets in APAC as a reason.

“The health demographics are changing in these markets,” Thomas shared. “Obesity, heart disease, diabetes, a lot of these Western diseases are now becoming significant in these markets. The diet is changing, stress is increasing. They are still major smoking countries, and they have an aging population. Life expectancy is increasing too. One side of me says that’s all opportunity, how these countries need to think about the advent of western foods and lifestyles.”

Thomas hopes the company is able to double its business in five years, but that is not his main goal.

“I hope we are considered to be contributing to the overall health and welfare of the APAC region. I want Cook Medical to have relationships with physicians, hospitals, and governments and improve the lifestyle of the region.”

There are common themes across every medical specialty we support: patients want to get better and doctors want simpler, more effective options. That’s why we work hard to improve our minimally invasive medical devices and the way they’re delivered to hospitals and doctors around the world. Being a family-owned business allows us to do what’s best for the patient. It gives us the freedom to work through a problem for as long as it takes to find the simplest solution. We also have companies that work in areas outside of medical device manufacturing. 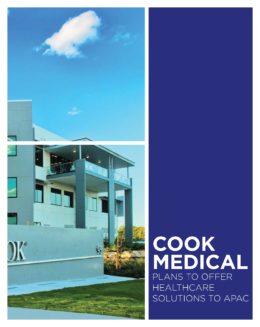 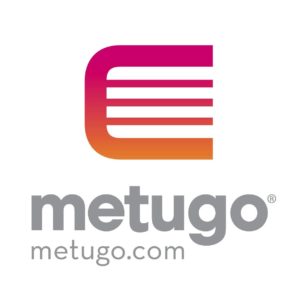