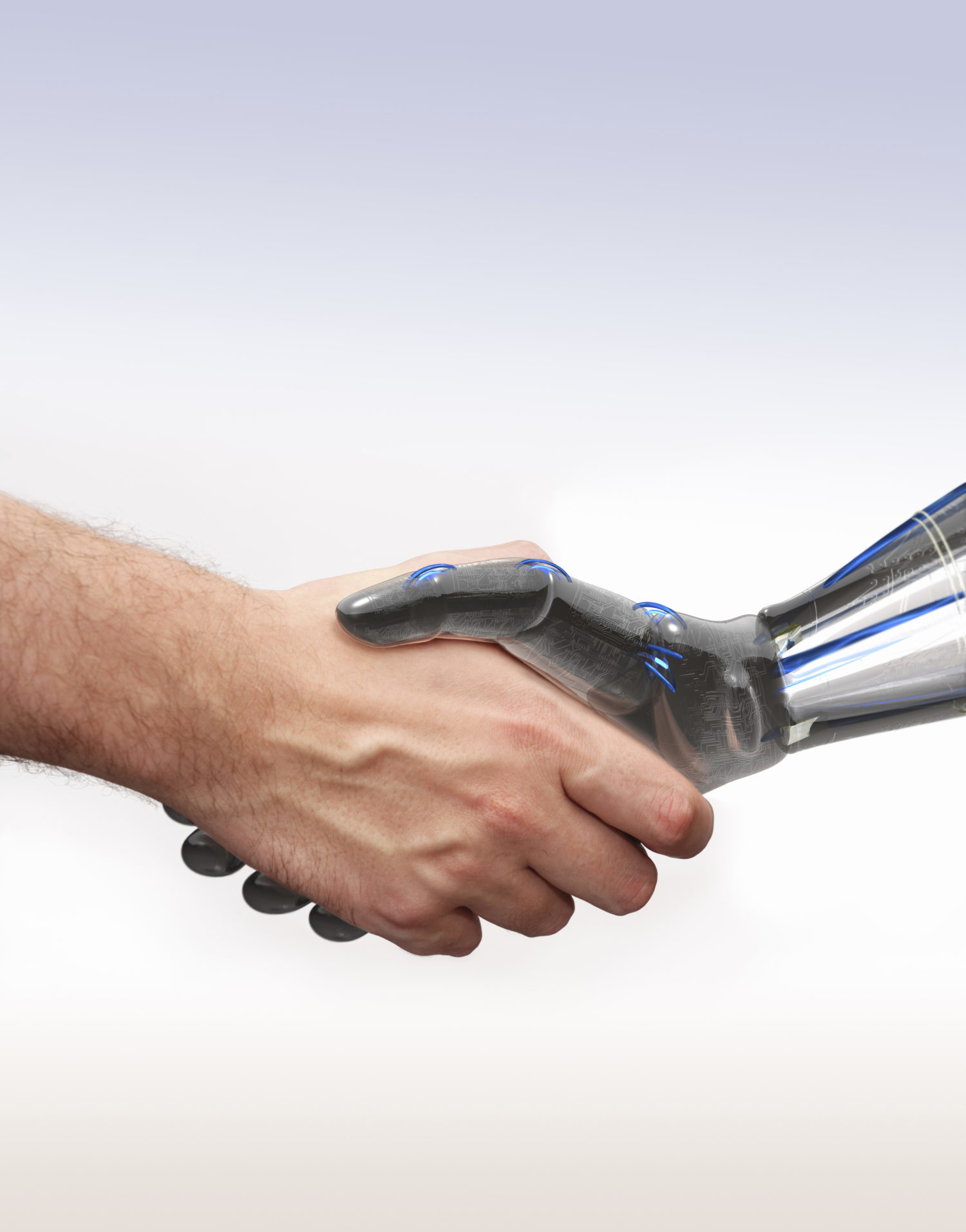 Roger Varma of ifm efector shares how “cobots” and Factory 4.0 are the future. 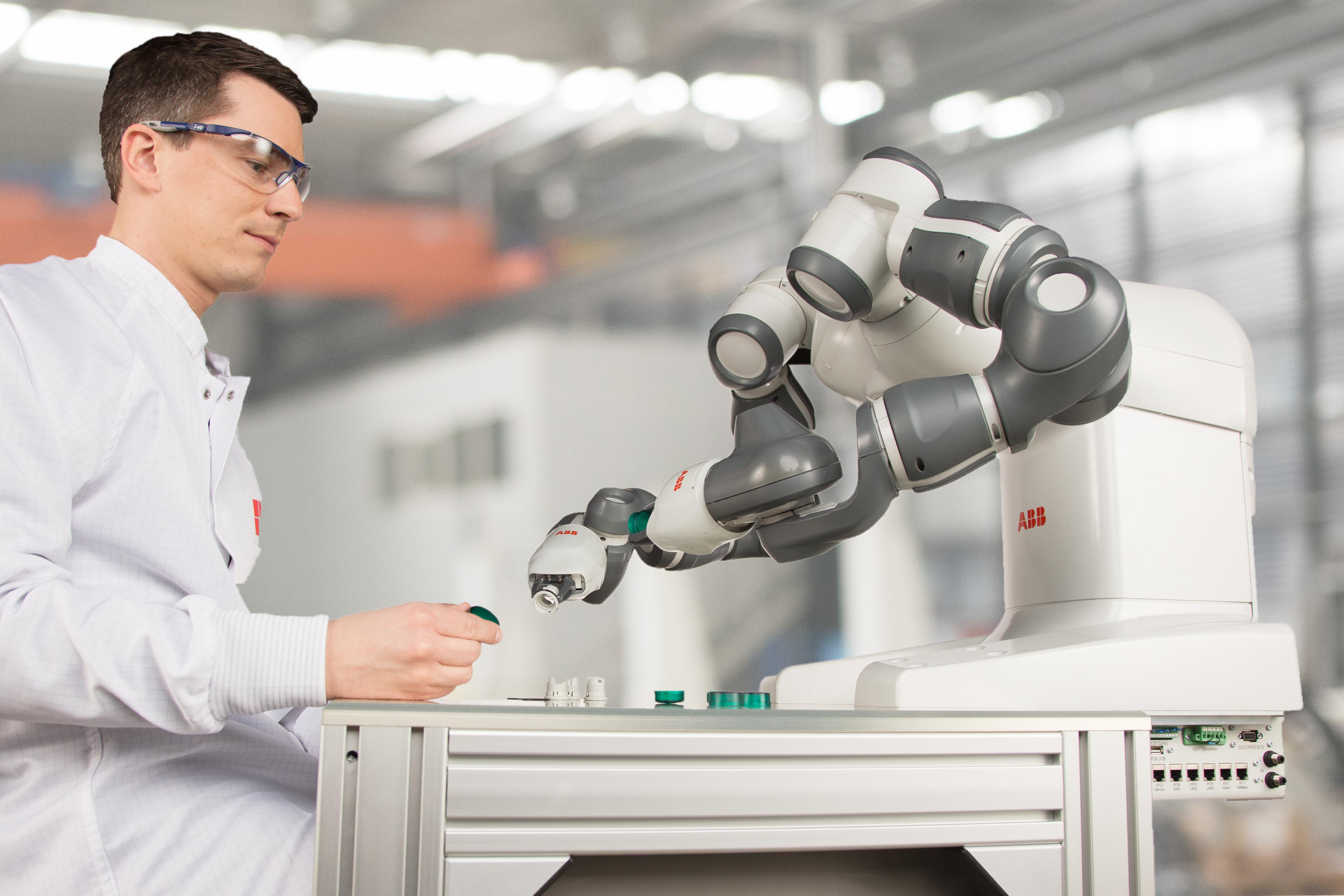 I have something to admit: I’m terriﬁed of spiders and of needles. There was never a bad experience when I was a child to allow for such irrational fears of things a) I’m clearly bigger than, and b) have positively changed healthcare forever, but I become awash with dread at the prospect of the two. If you gave me a few more minutes, I’m sure I could come up with a couple more, and I know most of you could too.

And many—who perhaps don’t understand or choose not to understand the life-changing technology at play—have the same level of fear, but of robots and the automation that comes with them. Besides movies like Terminator however, few, if any, humans really have a reason to be fearful of robots. So is this fear just as irrational as my fear of spiders, or should we really be threatened by these technological innovations?

“The fear of automation, robotics, or AI trends comes from the fear of the unknown,” Roger Varma, CEO of ifm efector, shared.

“People do not have a deep enough understanding of the topic. Watson, IBM’s computer, took over 50 years of development. We are decades, perhaps longer, away from the processing power needed for the type of technology people fear, and who’s to say it’s going to be as terrible as pop culture portrays it?”

Varma’s reassurance on this topic, as well as his patience in explaining a great number of things in the ﬁeld of robotics, pointed to his mastery and enthusiasm for the ﬁeld. His leadership position at ifm efector, the designer and manufacturer of some of the industry’s highest quality industrial sensors and controls, has allowed Varma to immerse himself in some of the most cutting-edge and exciting projects robotics has going right now, like collaborative automation.

In a traditional automotive plant, robots are caged off and kept far away from the company’s employees. This approach to automation does make sense, as the machinery is expensive, and companies do not want their people unintentionally—or intentionally, if you saw I, Robot and have what we’ll call Robophobia—harming the machines, or vice-versa.

Cost has also been a factor—install prices for automated machinery have been high, and there has been traditionally a level of risk with these robots that didn’t always pay off.

But over time a few companies have developed “cobots”—robots that are built to work in collaboration with humans. 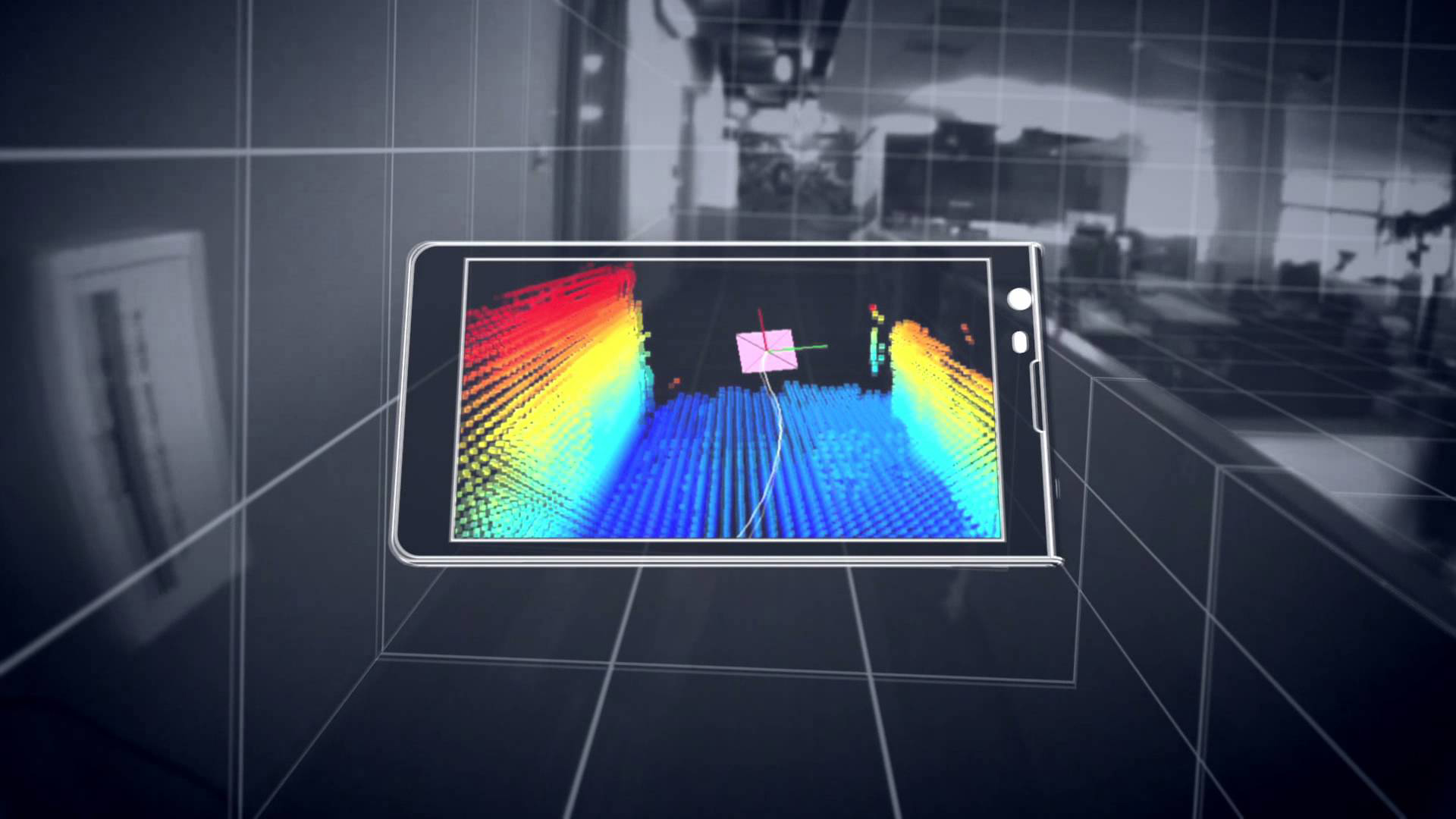 ifm efector owns PMD Tech, the company that is the original developer for the depth sensor we’ve discussed. The company has been developing chips for nearly a decade, and caught the eye of Google for Project Tango, the company’s spatial perception project for the Android device platform that assists motion tracking, depth perception, and area learning.
Google is now inserting these chips into its Project Tango tablet development kits to see just what kind of awesome applications companies can come up with. The tech giant has opened a contest for developers to see the wide-ranging use of the technology. So far entries have ranged from games like Cowpocalypse and Hungry Squids to more utility-based apps that help the user plan the space for furniture in a room.

“Robots do the heavy lifting, like picking up and placing a tire, and the human worker puts in the hardware. Companies like BMW and Honda in the U.S. have deployed collaborative robots where repetitive tasks were causing injuries to people. These cobots even provide voice feedback if you get too close.”

But despite the incredible leaps and bounds the ﬁeld of robotics has made in the last few years, robots are clumsy and still have a hard time “seeing”. This is where companies like ifm efector come in.

Depth perception is a difﬁcult thing to engineer. Many robots have “dumb” sensors that allow them to “see” in 2D or 3D, but they can’t tell you the distance an object is from it. ifm efector’s 3D point cloud—a set of data points, deﬁned usually by X, Y, and Z coordinates to represent the external surface of an object— is giving robots this ability.

“Our chip allows each pixel from an image to get a distance measurement. A similar technology is on top of Google’s driverless cars. But where that is a $60k laser building a point cloud, we’re doing the same thing with a simple chip that can be in a tablet or robot.”

This isn’t just next-generation technology, folks, it’s already being applied. Audi has been testing ifm efector’s chip in its cars, and the manufacturing and logistics industries are already beneﬁting from its application.

“The most important statistic for the shipping industry
right now is weight. But more and more, logistics is asking for weight, width, and size— also known as X, Y, and Z coordinates in a point cloud. Robots can now look at the size of boxes, collect pertinent information, and determine the most efﬁcient way to send it.”

A number of factories are already fairly automated (what the industry knows as Factory 3.0), but people are making all decisions. Humans decide what product to build, change recipes for builds in real time, and self-adjust the supply chains. Now, several things are working in the industry’s favor, like the ability to customise products on a massive scale.

And now the beginning of Factory 4.0 is starting to emerge in places like Germany, where big data and analytics from the manufacturing ﬂoor are changing the name of the game.

New, better technologies— like IO Link—are helping business leaders like Elon Musk at Telsa make better decisions when it comes to the maintenance of their machines meaning less downtime, more efﬁciency, and a better product.

Varma cited this product from Comtrol as a gamechanger for the industry: it communicates with a factory’s sensors and actuators to extract important information like process data, service data, and events.

“We can ﬁnally predict failure of the machines,” Varma said. “Right now, everything is timebased maintenance, like an oil change on your car every three or ﬁve thousand miles. But factories can’t predict when something is going to fail, and the machines have been sending ‘dumb’ information back.” 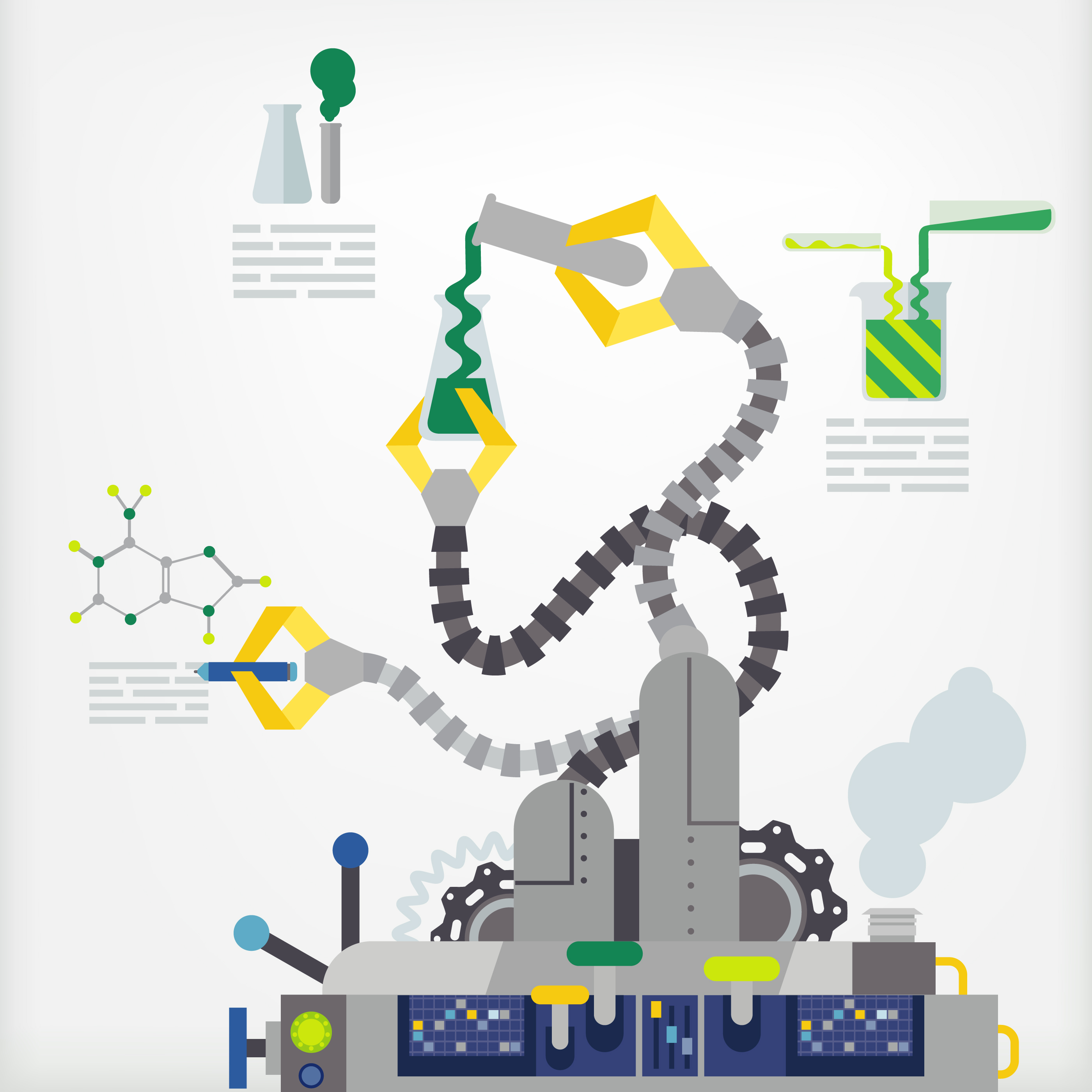 Incorporating the IoT on the factory ﬂoor has produced cost-effective results. With the information collected and analysed, many companies are ﬁnding they don’t have to replace entire pieces of machines: they can replace bits. Technology, which is considered one of the more expensive parts of running a business, is now helping owners reduce the cost of ownership.

This is one of the many trends Varma is excited about. The cost of robots is decreasing, and the ratio of people to robots is changing rapidly. Companies like Rethink Robotics are building robots that are easier to use—to the point where you can grab the robot’s arm and show it a task, which it will then replicate on the spot.

“Cobotics, 3D imaging, and big data are all coming together at an exciting time. It’s sellable innovation— something that people can actually utilise and the middle class can afford,” Varma said.

So don’t fear the robot. The coming decades will see more automation and robotics enter the workplace, but technologies like cobots are there to help both business owner and employee. 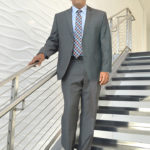 Roger Varma has been the Chief Executive Ofﬁcer of ifm efector USA since 2011. The company, which is one of 70 privately held subsidiaries of the German company ifm electronic gmbh, develops and markets industrial sensors for manufacturing automation and process control.

As CEO, Roger leads an Executive Leadership Team responsible for a sales and marketing force that works directly with over 20,000 customers in the U.S. market in the manufacturing and machine building sector. The company has over 200 dedicated employees that are focused on helping customers improve automation and process efﬁciency.