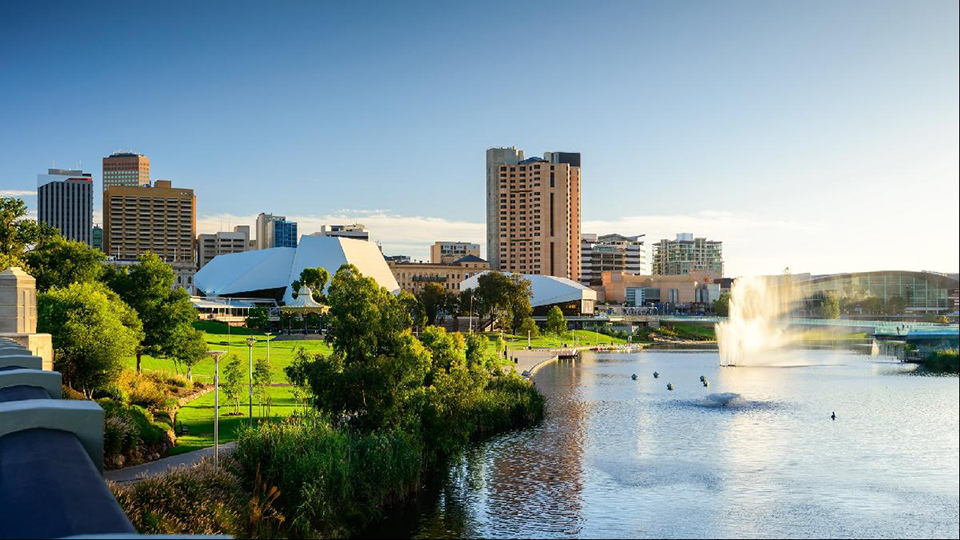 For a certain kind of adventurous anglophile, Adelaide is a uniquely wondrous place. Dubbed the ‘City of Churches,’ its history places it squarely in the stiff-collar, stiff-upper-lip tradition of God, Crown, and Country. Although much of modern Australia’s history is bound up with forced relocation, Adelaide—named after a Queen and planned by a Colonel—is a kangaroo of a different colour. This is an English gardened, grid-planned city intended as a site of power and prestige, and it continues to look (and act) the part. But with its wine and song and spirit, there’s a whole lot more to it than that.

In addition to acting as the seat of political power for South Australia, Adelaide has the steel of the Australian defence industry running through it. The billion-dollar contracts for submarines and spaceships all go here, lending a sense of stability to the local economy. That translates to a certain kind of mellow joy, with festivals animating the city year-round and wine country spilling in. From the Fringe Festival to Carnevale, it’s the kind of place that knows the value of a good bar and a great restaurant.

As one of Australia’s largest cities, Adelaide has the infrastructure to accommodate major international flights. Eight million passengers pass through Adelaide International Airport every year, and Parafield Airport handles the locals. Qantas Airways—the third oldest airline in the world—is the big time, but Richard Branson’s Virgin Australia is more than a match in comfort and reliability. Kiwis might want to stick with Air New Zealand, an award-winning local carrier.

With planning at its core, it’s a lot easier to get around Adelaide than most other Australian cities. Wide lanes and a well-defined layout have earned it the moniker of a “twenty-minute city”, based on the easy commute times of many of the locals. If you’re not driving yourself, the Adelaide Metro, with its well-managed rail lines and bus system, should get you where you’re going. 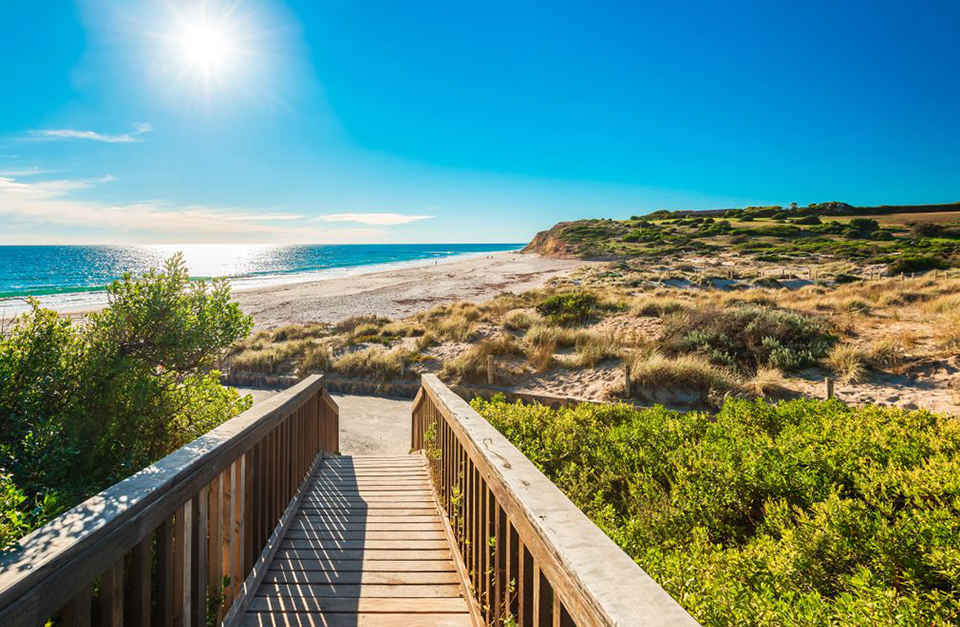 The iconic Mayfair Hotel, tucked like a jewel box in a heritage building, puts you stylishly front-and-center in Adelaide, with access to world-class dining and a dazzling rooftop bar without even leaving the hotel. The Playford offers its own luxurious, Art Nouveau ambience, blending the old with the new to remarkable effect. And the Adabco Boutique Hotel gives a simpler sense of elegance in the same central location.

Where to Eat and Drink

The restaurant scene is diverse and playful, but there are some reliable standouts. An impeccable dining experience can be found at Adelaide’s most beloved Italian restaurant, The Messy Tomato; the food and the service are world class. For a crowd-pleaser, try B’Churrasco Adelaide, a Brazilian barbecue favorite. And there’s delightfully fine Indian comfort food waiting at the charming and elegant Raj on Taj Hyde Park. After dinner, try Maybe Mae for a drink: With its green-lit, old-movie glamour, it’ll feel both like an occasion and your own little hideaway.

If you’re still in the mood for a drink, there are top-notch tours to the nearby wine country in Barossa Valley. A walking tour of the grand mansions and subdivisions is a wonderful opportunity to soak up the city’s unique architecture. And being that you’re in the opal capital of Australia, with some of the most beautiful of those gemstones available anywhere, now would be the time to pick one up. The heart of the city, though, is the Central Market, which is a great place to shop and sightsee even when one of the city’s many festivals held there isn’t presently in progress. 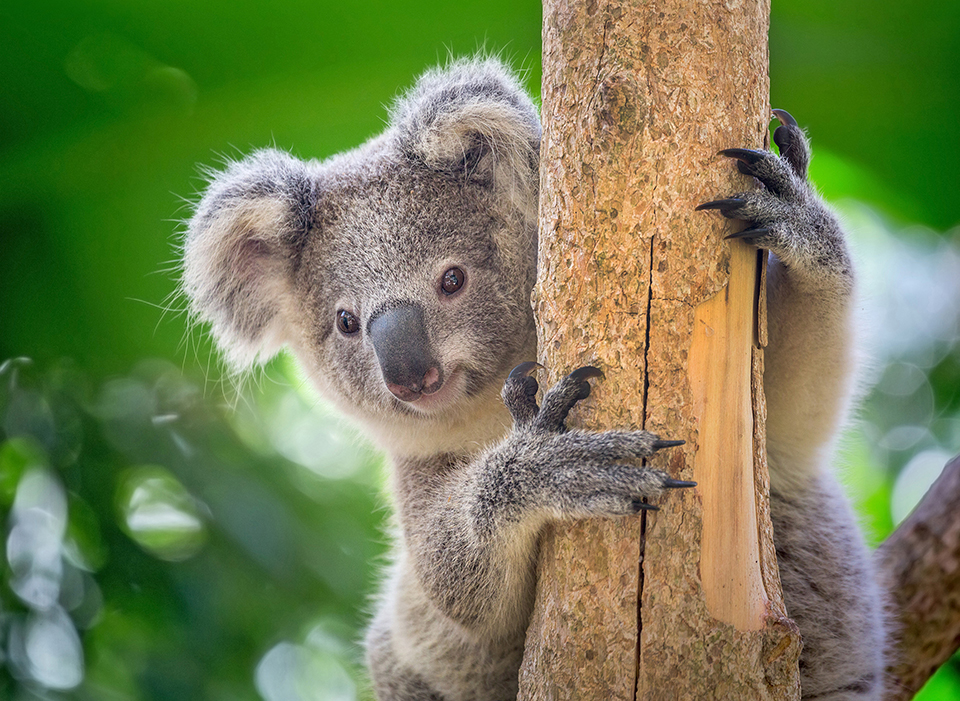 A kangaroo of a different colour indeed: Adelaide was originally inhabited by the Kaurna people, who called it Tarndanyangga: “place of the red kangaroo.”

Since Adelaide was Australia’s first colony of free settlers, its founders believed there would be no crime—and didn’t make plans for a prison or a police force.

Rupert Murdoch’s global media empire, News Corporation, was founded in Adelaide, and he still considers the city its spiritual home.

Adelaide is consistently ranked among the top 10 most livable cities in the world.

The city’s recent construction of the Royal Adelaide Hospital cost a whopping $2.7 billion—which makes it the third most expensive building in the world. The hospital also broke the record for being the largest building ever built in Australia.