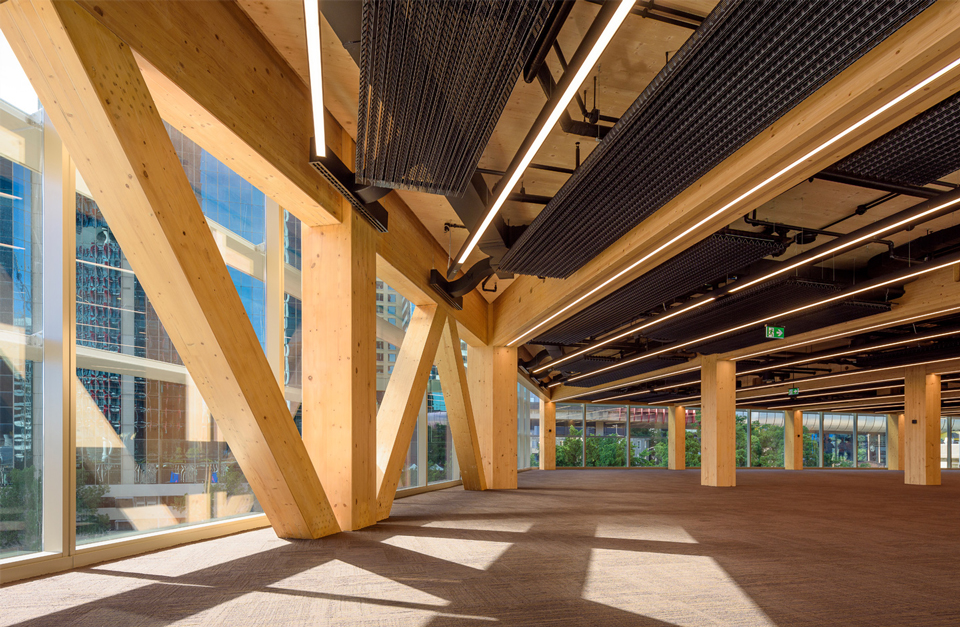 The Property Council of Australia held its National Innovation & Excellence Awards in Sydney in May to celebrate superior examples of property development and investment. The awards, sponsored by Rider Levett Bucknall, honoured the finest new buildings and renovations in the country. These are a few of the projects that earned distinction.

A modern marvel of engineered timber building, this project won Australian Development of the Year in addition to Best Office Development. The Tzannes and Lendlease International Towers Sydney Trust building uses structural engineered and recycled hardwood timber to store CO2 and other greenhouse gases instead of emitting them like other building materials do. The serene presence of the timber actually lowers blood pressure and heart rates, providing a sense of comfort in a busy office environment. “We designed the building to achieve lower carbon outcomes and also city-making propositions,” design director Alec Tzanees said.

The Best Mixed Use winner, Coorparoo Square combines 366 apartments with 6,500 square metres of retail on the ground floor. An on-site cinema, high-end retailers, and an assortment of eateries give residents of the Frasers Property and Honeycombes Property Group plenty of options for entertainment and refreshment in the Brisbane suburb. There is free live music every Saturday when it’s warm enough, and free Fitstop classes every Saturday morning. Tennis courts and a swimming pool provide more recreational opportunities, and there is easy access to public transportation to the CBD.

St Kilda’s iconic theatre, which opened in 1927, got a $26 million makeover that earned Best Heritage Development honours. The first phase restored the exterior to its original state as closely as possible along with an upgrade of the electrical, lighting, and fire systems. The second phase restored the historic interior ceiling domes and repaired flooring in addition to improving ticket, restroom, and refreshment facilities. Five years ago, there were fears the theatre would be torn down, but the Victoria state government, local governments, and Live Nation funded the repairs to keep the beloved building going into a second century of existence.

Surrounded by rolling hills, the Sydney Upper Canal, and kilometres of nature trails, the Best Master Planned Community winner in Sydney’s south-west is the brainchild of Stockland. It will be home to more than 3,000 families when all is said and done, and there is a proposed school under assessment. More than 25 of the 350 hectares of the community are open space, and there is a variety of lot sizes with and without houses already on them. 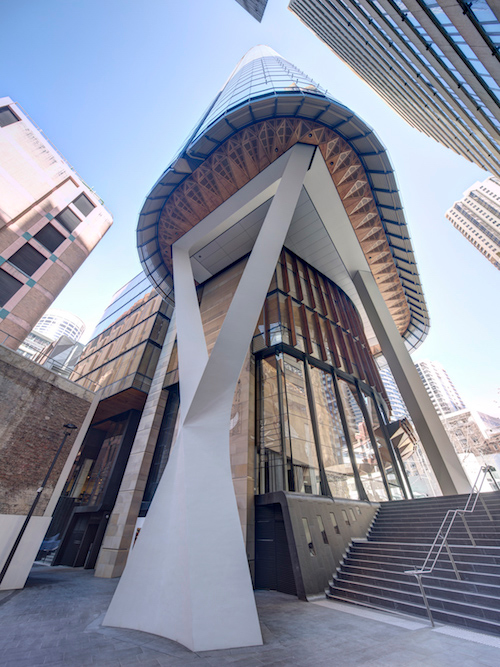 The Mirvac-owned building in the ACT houses the Department of Health and Ageing and has a six-star NEBERS energy rating and 5.5-star water rating. This environmental friendliness was recognised with the Best Sustainable Development award for existing buildings. It’s energy efficiency and carbon emissions are market leading, and its net water usage is excellent bordering on market leading. The building was completed in 2010 and has more than kept up with green trends to have a positive impact on the surrounding community.

The $397 million undertaking to revamp the centre earned Best Tourism & Leisure Development honours. Aurecon built the West Building in 2015 as the first phase of redevelopment, then upgraded the Plenary Building to become the state-of-the-art East Building, opened in 2017. Aurecon built the East Building on top of the existing structure without putting a single new pile on the ground. Flexible seating tiers can be removed to transform a lecture hall into a column-free dining room within minutes.

GHDWoodhead created an energy-efficient and flexible Geelong headquarters for Barwon Water, reusing an existing concrete and steel structure but giving it new life with rain gardens and new views outside, whilst inside linking the north and south blocks around a central atrium filled with natural light. Having all Barwon Water’s employees under one roof cut its electricity use by 70 per cent and its gas consumption by 90 per cent, Real Commercial reported. These innovations garnered Best Workplace Project accolades.

The 31 seaside luxury apartments are the result of a collaboration between Woods Bagot, Piccolo, and Hecker Guthrie and won for Best Residential Development. Greenery drapes over the roof and balconies as marble, stone, and timber mingle beautifully to create cosy and welcoming living spaces. Elwood House is steps from Elwood Beach in the south-east Melbourne suburb, with Elsternwick Park and trendy dining spots all around. The simple yet elegant interiors let the stunning ocean views do all the talking. 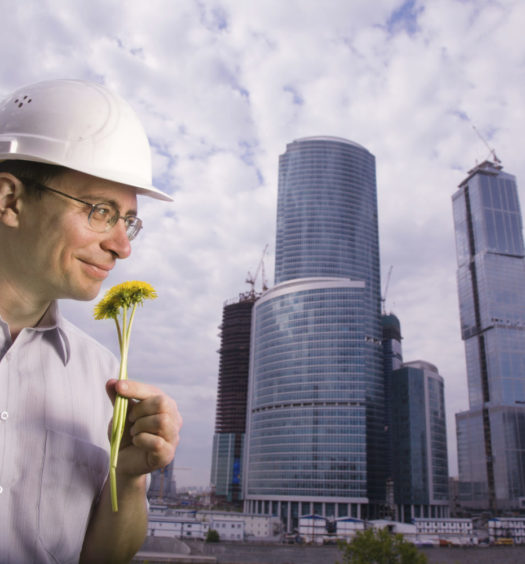 Who Knows What the Architect’s Nose Knows?

Read More
Who Knows What the Architect’s Nose Knows? 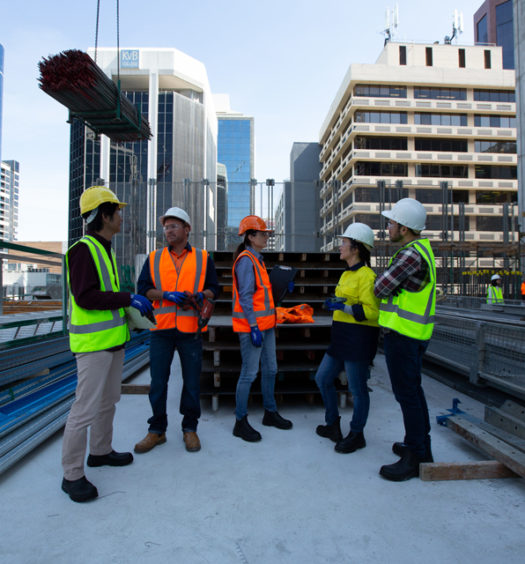 The Future of the Property Industry

Read More
The Future of the Property Industry