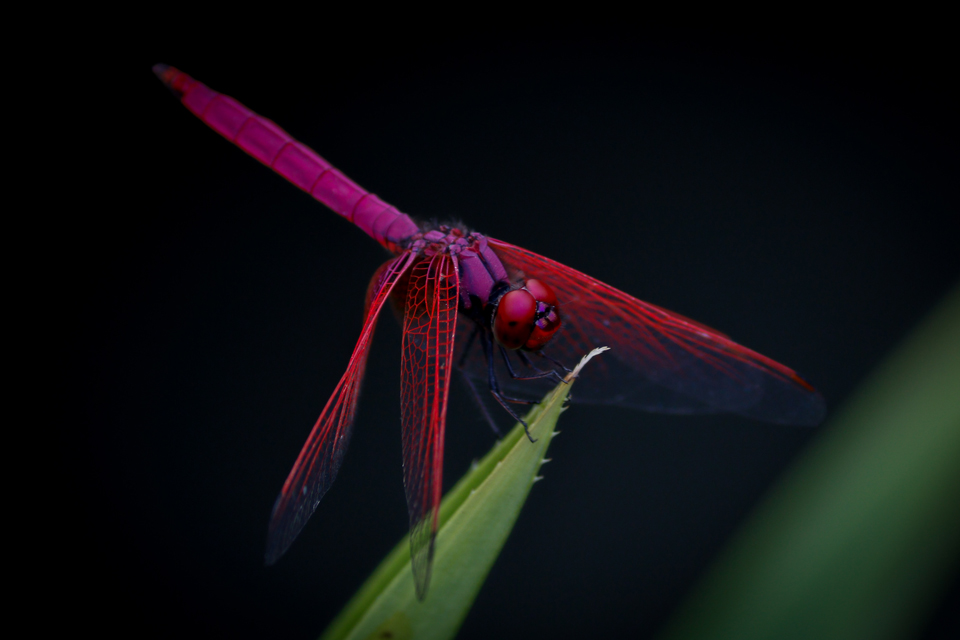 Doctors fight bacteria with help from bugs and bug-eaters 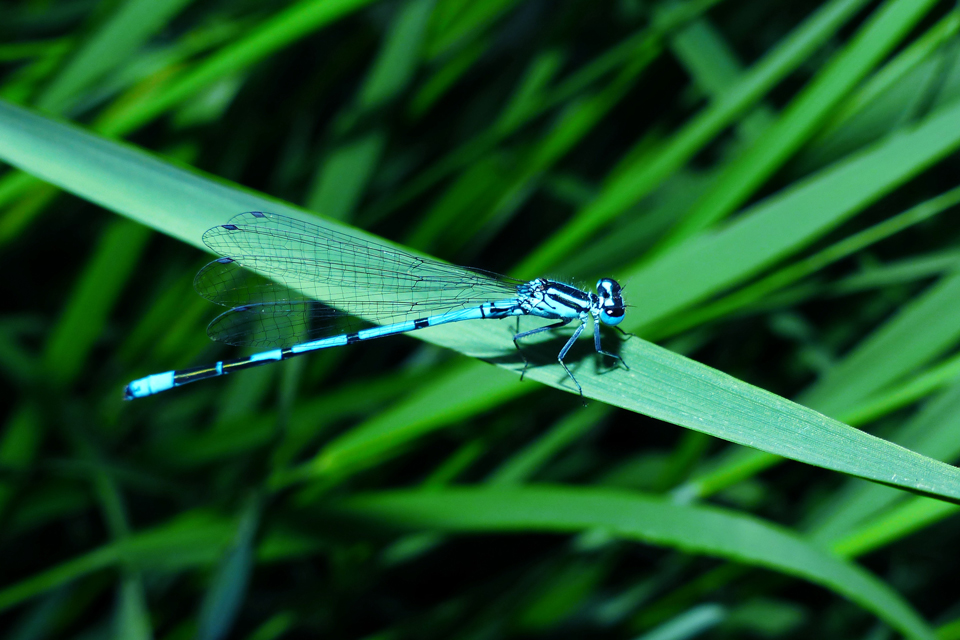 It’s not uncommon for poets and artists to draw inspiration from nature. Some of Leonardo da Vinci’s best works were drawn from the natural world. Some of our most beautiful works of art and most creative inventions came about as a result of humans trying to replicate nature. When doctors do it, some incredible breakthroughs can occur. One such instance is work with nanopillars, tiny spikes found on certain animals that kill bacteria.

Dragonfly and cicada wings are armed with nanopillars that puncture the cell walls of bacteria, tearing them apart. A thousand of them are as thick as a human hair, but that size is perfect for the microscopic war they are waging. Researchers at the University of Adelaide and the University of South Australia are drawing inspiration from the dragonfly wing to combat infection after orthopaedic surgery. Bacteria can develop resistance to antibiotics currently used in surgeries, and infections stemming from surgical implants are a billion-dollar problem worldwide. When patients go in for joint implants, spinal implants, or surgery to stabilise fractured bones, the surgical implants cause infection 2 to 3 per cent of the time. Teaming with Global Orthopaedic Technology and the Innovative Manufacturing Cooperative Research Centre (IMCRC), the researchers hope to reduce that number significantly.

“There has been minimal improvement in orthopaedic infection rates for the past 15 years. Infection after surgery is a devastating problem, costing not only hundreds of millions of dollars in additional surgery worldwide, but leading to more trauma for patients. They may need extra recovery time after further operations, which are not always successful and pose an even greater risk of infection,” orthopaedic surgeon Dr. Richard de Steiger said.

Doctors at the Indian Institute of Science in Bangalore have previously experimented with using nanopillars modelled after cicada wings in implants. They used reactive ions in chlorine to drill tiny holes in titanium implants to create nanopillars to kill bacteria without compromising the ability of implants to attach to and integrate with bones and tissues. This method has yet to be tested on human subjects.

The nanopillars on dragonfly wings are taller are thinner than those of cicadas, giving them the ability to kill Gram-positive bacteria with thicker cellular walls in addition to Gram-negative bacteria that cicada wings kill.

Bacteria, of course, don’t limit themselves to surgical sites. They’re everywhere, which is why some animals have developed nanopillars. Scientists at Singapore’s Agency for Science, Technology, and Research have invented an anti-bacterial coating for common household items that has proven 99.9 per cent effective at killing E. coli and staphylococcus germs on ceramic, glass, titanium, and zinc surfaces.

“Due to the nature of the nano surface, which is independent of the chemistry and material properties of the substrate to which it is applied, the technology can potentially be used in other manufacturing processes across multiple industries, most notably the hospital supplies and equipment industry, the food industry, the marine industry, the building products industry, and the aeronautical industry,” IMCRC CEO David Chuter said. “The new technology will open many doors, not just in the medical field, as antibacterial surfaces are also valuable in the food industry, for example — in fact, for any surfaces subject to high levels of bacteria.”

Doctors at the American Chemical Society have looked into the possibility of putting cicada- and dragonfly-inspired nanopillars on corneal transplants to stave off infection there. So not only might these insect-inspired creations get patients out of the hospital faster and with fewer complications, they could save people’s sight. Stanford researchers have used nanopillars that glow to improve the difficult art of cellular photography. This has enabled them to get a closer look at living cells and their behaviour, going so far as to examine individual molecules. 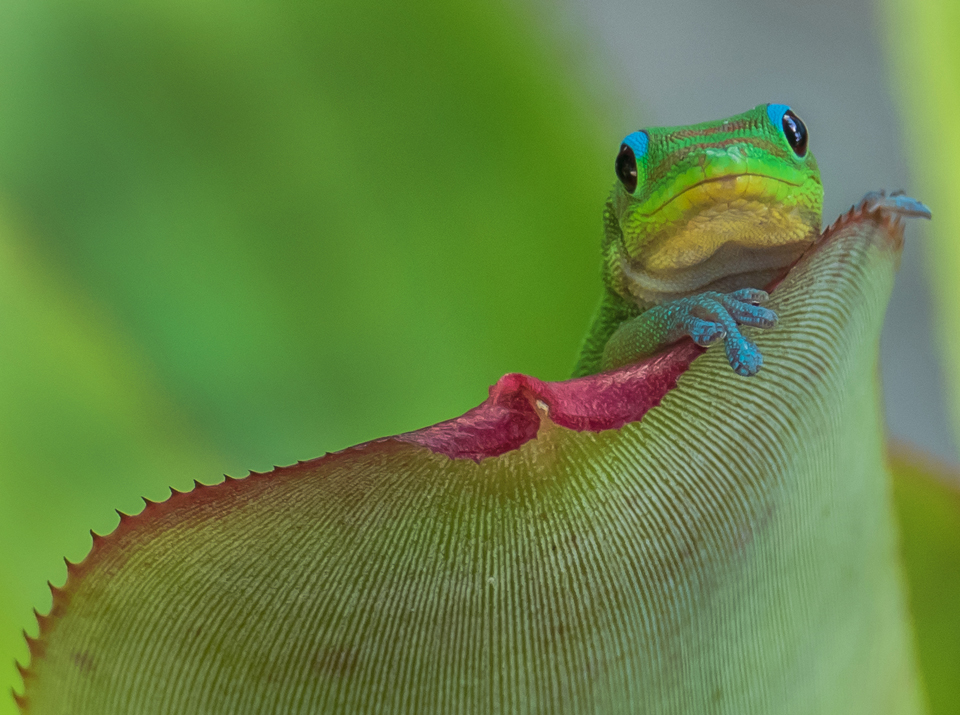 Some creatures that dragonflies and cicadas have more trouble protecting themselves against — geckos — have also done their part to inspire researchers. Gecko toes are covered in nanopillars that enable them to stick to walls and ceilings as they scurry about. The nanopillars also clean geckos’ toes as they walk, leaving behind any dust that sticks to them. Inspired by this, nanoGriptech launched an adhesive called Setex that is residue-free. Among Setex’s many functions are some important medical uses. Joint braces, prosthetics, and face masks often slip and become contaminated. Setex keeps them in place and keeps them clean. Setex also provides enhanced grip on surgical tools, preventing slippage without decreasing touch sensitivity that doctors need to perform complex procedures. Gecko-inspired adhesive can also serve as a replacement for sutures, keeping surgical incisions clean and tightly closed.

Kangaroo tendons could soon be used as ligament replacements thanks to another project IMCRC is funding. Just as artists have known for millennia, when you take inspiration from nature, you can create some truly beautiful things. As University of South Australia Professor Krasimir Vasilev said of the dragonfly project, “This is amazing technology that has the potential to improve the quality of life of millions of patients around the world. The project is also a great example of transdisciplinary collaboration between scientists, clinicians and industry, transforming healthcare, the manufacturing industry, and the Australian economy.”