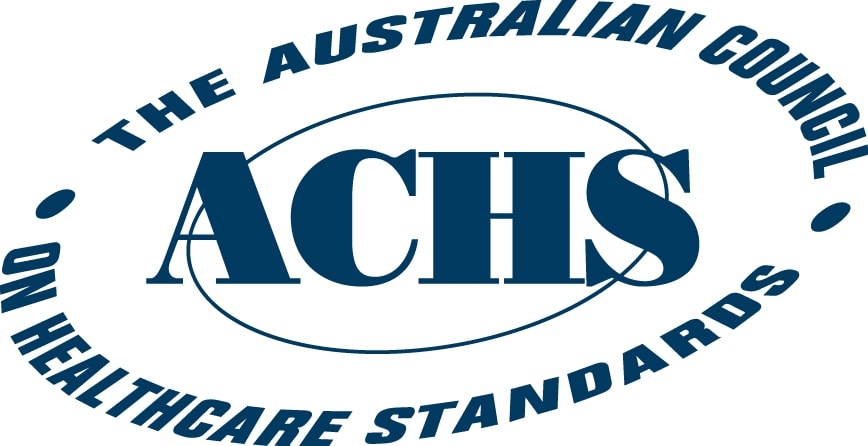 Excellence in Healthcare: The Australian Council on Healthcare Standards (HCHS) 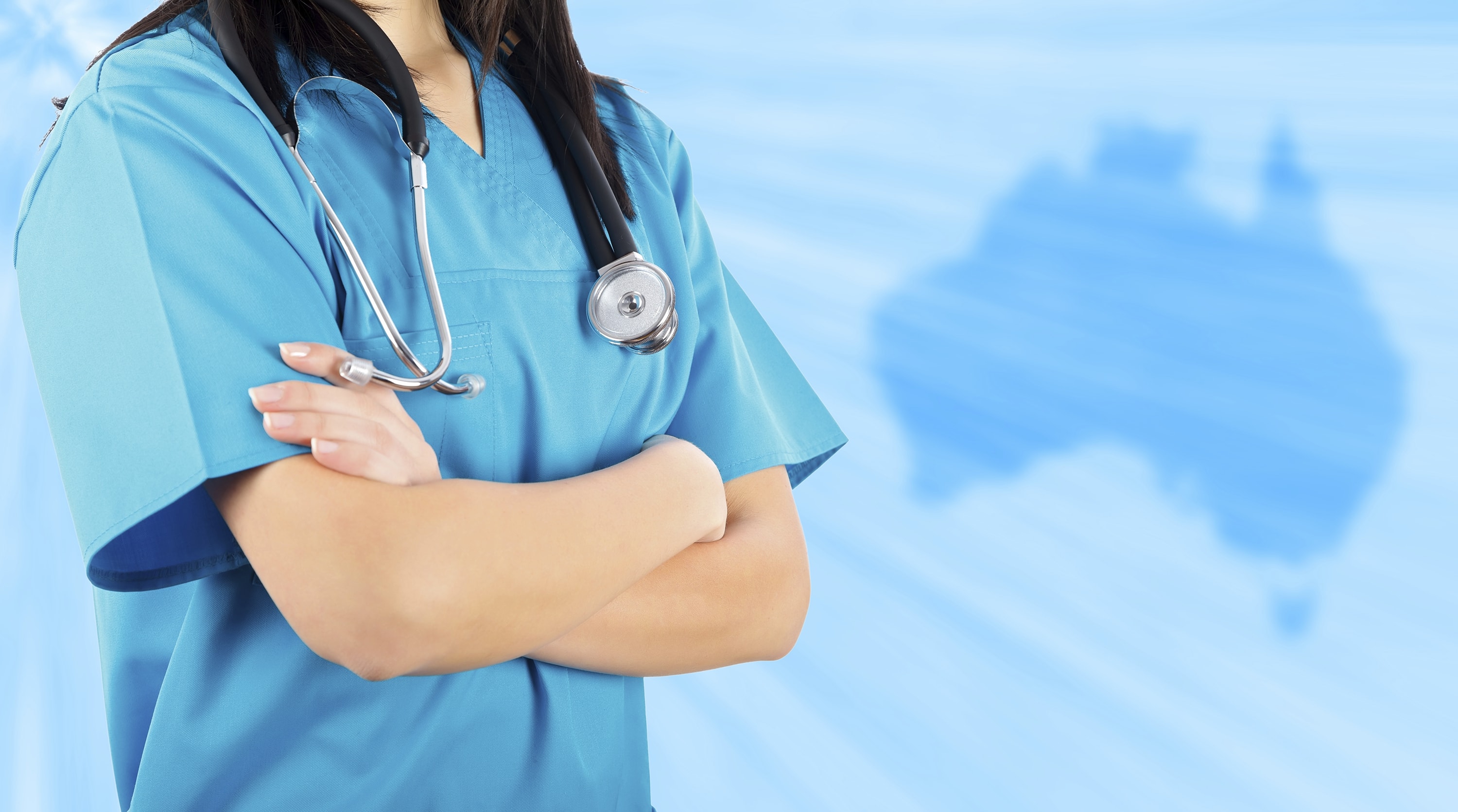 The Australian Council on Healthcare Standards (ACHS) is synonymous with the continuous, responsive evolution of healthcare accreditation in Australia.

Since its establishment in 1974, ACHS has built an enviable reputation as an independent, not-for-profit organisation. For more than 40 years it has been dedicated to improving the quality of healthcare in Australia and overseas through continual review of performance assessment and accreditation.

ACHS works with healthcare professionals, consumers, governments, and industry stakeholders to develop and continually review health standards. There is wide representation from Australian healthcare organisations and jurisdictions on the ACHS Council (representing 30 peak health organisations), from which it elects its 12 board members and office holders.

EQuIPNational and the NSQHS Standards 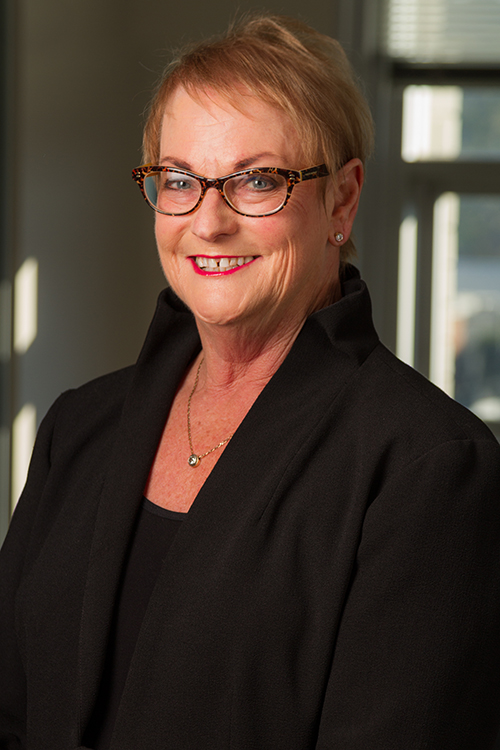 For more than 40 years, ACHS has been at the very forefront of Australian healthcare accreditation, as a not-for-profit organisation that sought the support of the healthcare industry to drive the introduction of healthcare standards.

As both a developer of standards, as well as being an internationally recognised accreditation body, ACHS has carved an admirable niche as an industry leader.

With the introduction in 2013 of the Australian Federal Government’s National Safety and Quality Health Service (NSQHS) Standards, ACHS became an approved accrediting agency to the 10 nationally mandated standards. In supporting the introduction of the NSQHS Standards, ACHS also sought to ensure that an option existed to go beyond the essential standards and allow members to undertake a ‘whole-oforganisation’ accreditation that covered every aspect of healthcare delivery including corporate systems and healthcare workforce.

This accreditation— EQuIPNational—not only includes the NSQHS Standards but complements it with a further five standards. It enables organisations to ensure they are undertaking the most comprehensive set of accreditation standards that monitor and report on clinical and non-clinical systems and processes.

ACHS’ own core program prior to the arrival of the NSQHS Standards was the Evaluation and Quality Improvement Program (EQuIP), which it still maintains for non-acute care members and exports to its overseas members.

ACHS is currently developing EQuIP6—the latest version of EQuIP—with pilots being established in Hong Kong to test the product in one of the strongest EQuIP markets in the world outside of Australia. Due for release in 2016, EQuIP6 will be the premier healthcare accreditation program for our overseas members.

Currently about 85 percent of our Australian members are surveyed to either EQuIPNational or the NSQHS Standards and the bulk of the remainder are surveyed to EQuIP5—suitable for those health facilities offering non-acute care. 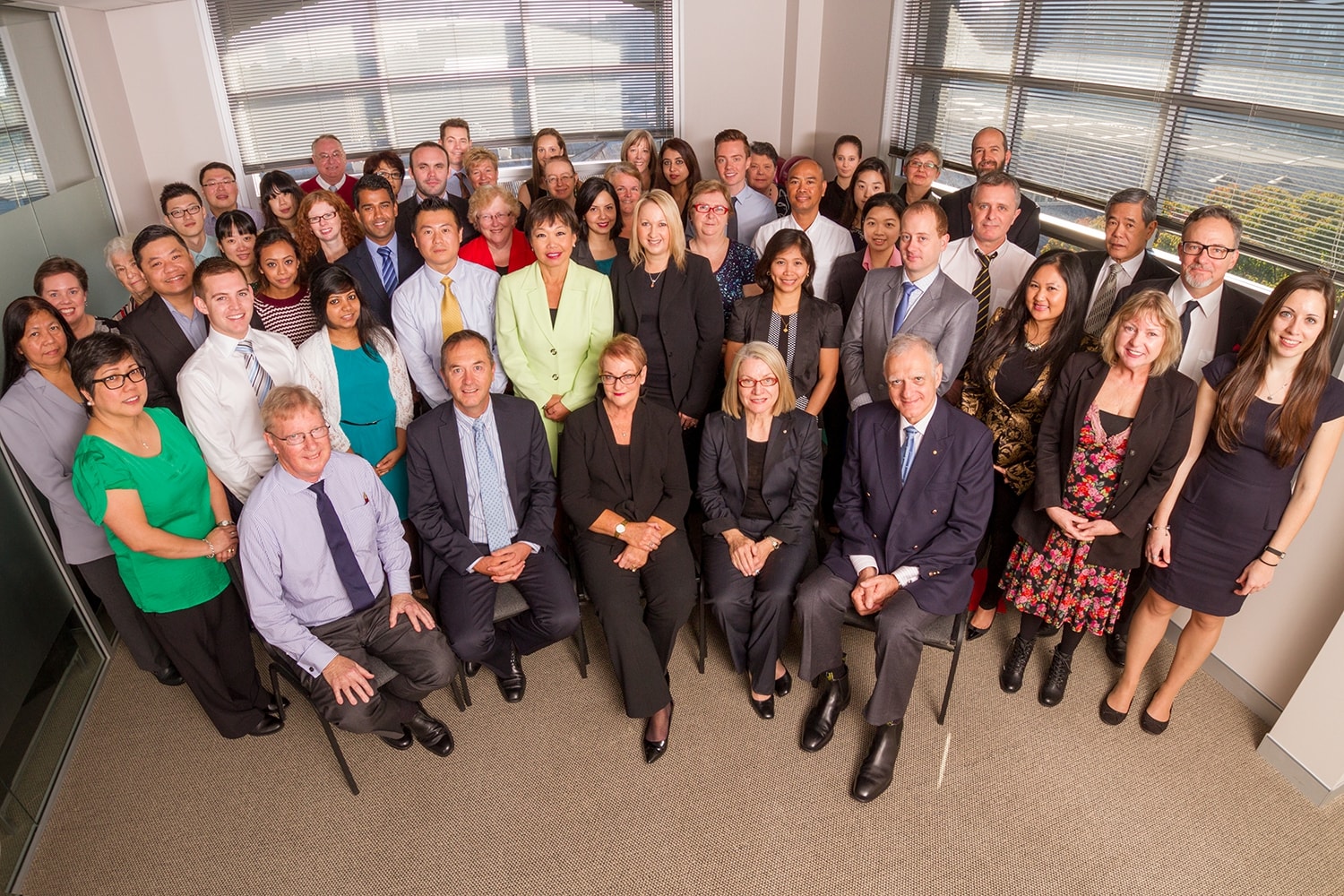 Participation in the ACHS accreditation program requires organisations to commit to a membership that provides them with an annual external stimulus (i.e. a survey) to continually improve care and ongoing support over a multi-year accreditation cycle.

Each program offered has its own individual timetable but usually incorporates, on alternate years, onsite surveys and every other year, a Self-Assessment/ Progress Report for which the ACHS provides a report with suggestions for improvement.

The ACHS has an industry peer surveyor workforce, many of whom provide their services on a voluntary basis whilst continuing their full-time roles as senior healthcare professionals in organisations across Australia, New Zealand, Hong Kong, India, Saudi Arabia, Ireland, Bahrain, and the United Arab Emirates. There are currently approximately 370 active, trained surveyors, including 70 trained coordinators.

The selection process for surveyors is rigorous, and surveyors must participate in an initial surveyor induction workshop, undertake trainee status on early surveys, continuing education, commit to survey a minimum number of days per year and be involved in an ongoing assessment of their performance. 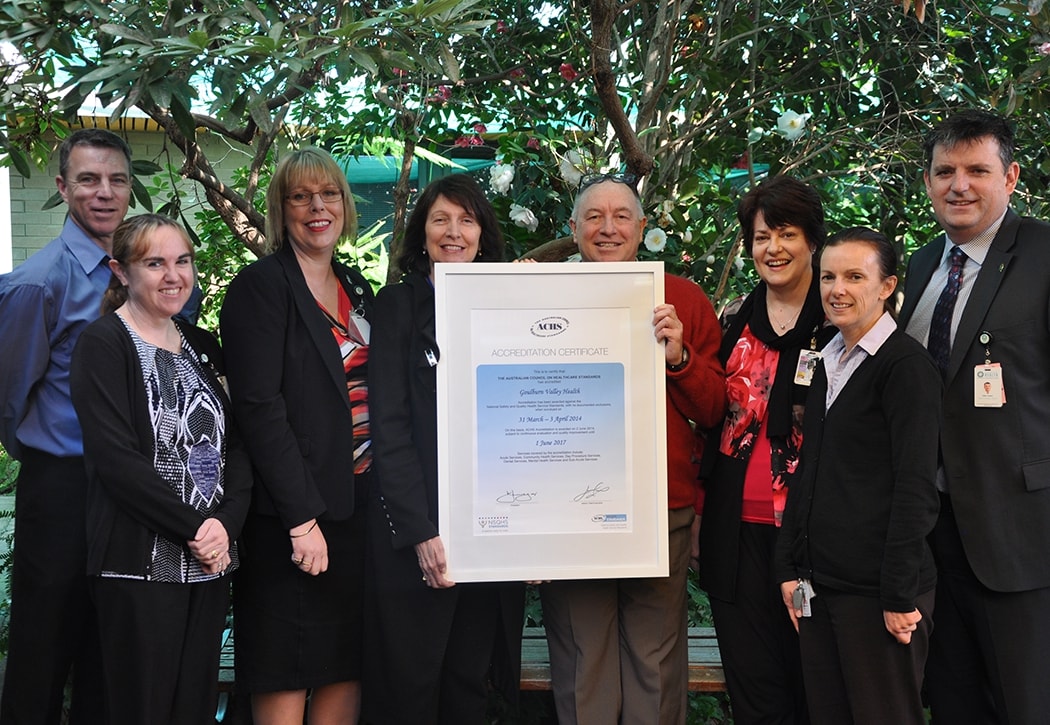 As well as being a pioneer of accreditation for healthcare services in Australia, ACHS is the only known accreditation agency in
the world that has created its own, vast depository of clinical indicator information gained through its Clinical Indicator Program (CIP).

Now in its 26th year, the CIP is a comprehensive health data collection and reporting service with a total of 805 participating healthcare organisations.

The CIP examines data sources from a broad range of clinical specialty areas and by identifying variations and trends within data, provides organisations with opportunities to benchmark and improve.

The CIP both informs the industry and shapes the quality improvements being made across the health sector primarily in hospitals, day procedure centres, mental health units, and community health settings.

This is one of the most beneficial programs clinicians and quality managers alike could hope for, as rather than relying on opinions, they can count on data—data which they have helped contribute.

The Clinical Indicator Program covers 22 clinical specialties from anaesthesia and perioperative care to rehabilitation medicine and everything in between. Through the provision of the Performance Indicator Reporting Tool (PIRT), organisations have an easy online tool to assist them collect relevant data in a timely and efficient manner. Membership to the CIP is free for ACHS accredited members. 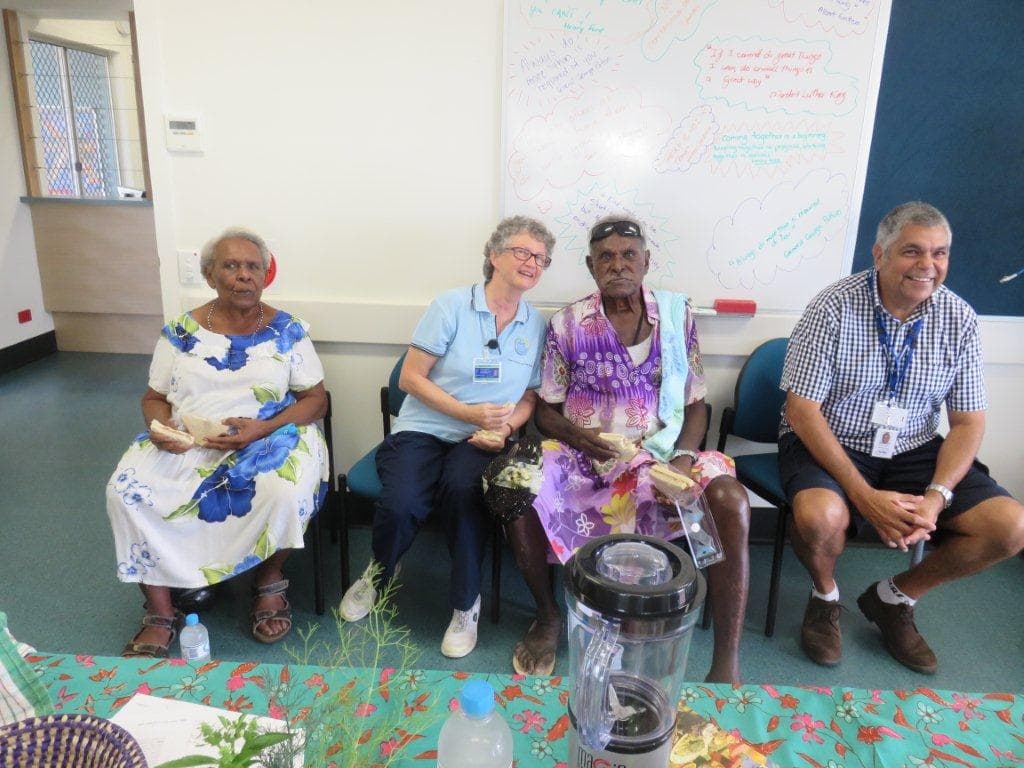 In 1997 ACHS undertook the pilot survey of the International Society for Quality in Health Care (ISQua) standards, which demonstrated that it was a quality organisation committed to providing continuing service improvement. The ACHS has been a member of the ISQua International Accreditation Programme since 1999. As an organisation, ACHS has been continually accredited by ISQua since 2001.

The ACHS uses a best practice framework for the development of standards that is based on Australian and international standards and principles. All ACHS standards are developed using the ISQua International Principles for Health Care Standards and accredited by ISQua.

Both organisations have progressively grown over the intervening years with a shared mutual desire to support the goals of advancing healthcare accreditation globally.

ACHS’ approach towards quality improvement in healthcare continues to be ‘Safety, Quality, Performance’. It is based in Ultimo, Sydney, NSW and has a staff of 55. 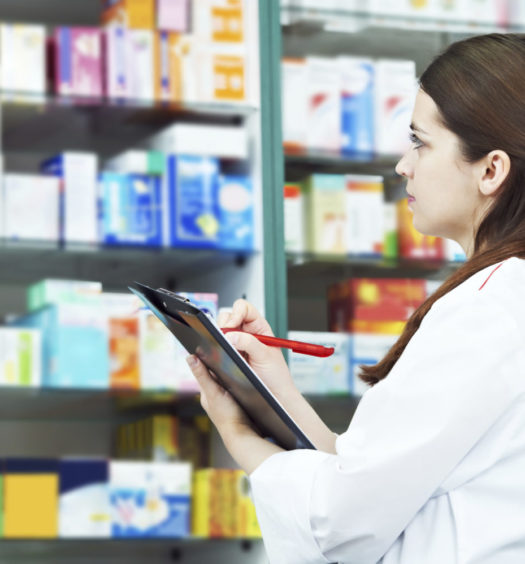 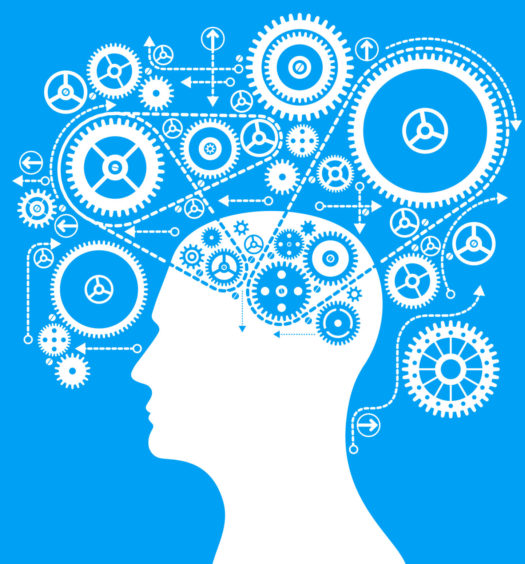 The Four Mindsets: How to Influence, Motivate, and Lead a High-Performance ...

Read More
The Four Mindsets: How to Influence, Motivate, and Lead a High-Performance Team